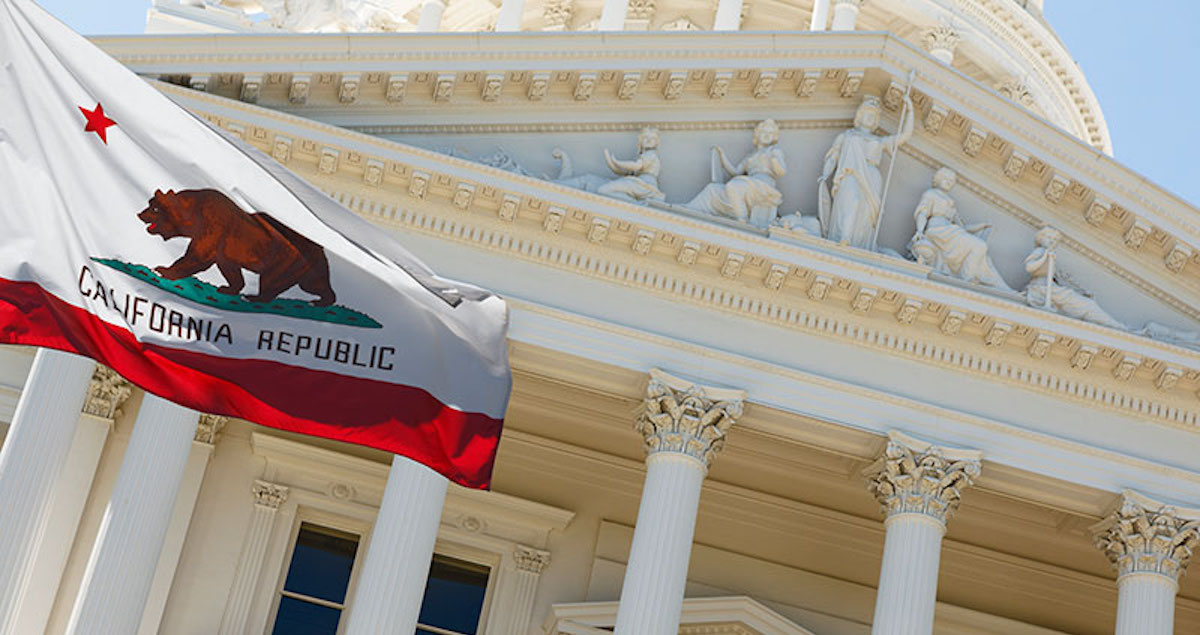 Disclaimer: Chad Peace is an attorney for the Independent Voter Project and represents 6 of the individual plaintiffs in this case.

SAN DIEGO, CALIF. - If we said that citizens have religious freedom, as long as they joined a state-sanctioned church, that argument would roundly be dismissed as absurd. But when it comes to the right to vote in California’s presidential primary, that is exactly the argument of the state of California.

Earlier this year, the Independent Voter Project and seven individual plaintiffs filed suit against the California’s Secretary of State arguing, in part, that the state’s publicly-funded presidential primary election serves the private benefit of its state-sanctioned political parties.

Although the California Constitution provides for an “open presidential primary,” nearly six million “no party preference” voters cannot participate in the election unless a state-sanctioned party allows them to and the voter actively requests a special ballot to do so.

If this sounds confusing, it is because it is confusing.

Widespread voter confusion plagued the 2016 and 2020 primary elections. The Independent Voter Project, in anticipation of the consequences of the confusing system, offered legislative solutions in 2015 and 2016, but neither the Legislature nor the Secretary of State did anything to stop it.

In 1996, California voters passed Proposition 198, which created an “open blanket” primary system. Most simply, Proposition 198 changed the state's partisan primary from a closed primary, in which only a political party's members can vote on its nominees, to a primary in which each voter's ballot lists every candidate regardless of party affiliation and allows the voter to choose freely among them. The candidate of each party who wins the most votes is that party's nominee for the general election.

The parties didn’t like voters from outside their party messing with their nomination process, prompting four political parties to sue. They argued California’s primary elections were private nomination processes, and therefore, the parties had a First Amendment right to exclude nonmembers from that process.

The United States Supreme Court, in a decision handed down by the late Justice Scalia, agreed:

In sum, [an open blanket primary] forces petitioners to adulterate their candidate-selection process—the “basic function of a political party,” ibid.—by opening it up to persons wholly unaffiliated with the party. Such forced association has the likely outcome—indeed, in this case the intended outcome— of changing the parties' message. We can think of no heavier burden on a political party's associational freedom. California Democratic Party v. Jones (2000).

In response, the California Legislature implemented a "modified" closed primary system that allows nonpartisan voters to participate in a primary election only if “authorized by an individual party's rules and duly noticed by the Secretary of State.”

Twenty years later, the rate of “no party preference” voter registration has risen faster than both parties combined to nearly 6 million voters; more than 25% of the electorate. But the political parties still determine if, and how, they can participate in the taxpayer-funded primary.

Against this backdrop, Plaintiffs assert the very same right asserted by the political parties in Democratic Party v. Jones in the current case. Specifically, that the voters are unconstitutionally forced to associate with a private political organization as a condition of exercising their most basic fundamental right: the right to vote.

But the Plaintiff’s in the case aren’t asking to participate in the party primaries at all. Rather, they are asking for a simple remedy the Independent Voter Project has suggested for years: the creation of a nonpartisan “public ballot” for voters who either can’t or don’t want to vote in a political party’s primary election to participate in the presidential primary.

Rather than enact this simple remedy, which would protect the party primaries and give nearly 6 million voters their full right to vote, the State of California has forced its county registrars to deal with the consequences of confusing rules, forced its citizens to participate in the primary of a party they don’t want to be affiliated with as a condition of participation, and forced the issue into the courtroom.

In his defense against the lawsuit, Secretary of State Alex Padilla has adopted the position traditionally argued by political parties: the primary election is for the private benefit of political parties, and therefore, voters have no right of access.

In response, plaintiffs ask the judge to look at the very cases cited by the Secretary of State through the eyes of individual voters and to consider landmark cases like Gray v. Sanders (the first case to articulate the “one person one vote” standard and to apply that standard to a primary election) and Smith v. Allwright (a state cannot deny African Americans the right to vote in a primary) within the context of the current case.

Courts are, for good reason, careful to wade into the “political thicket.” Those matters, many judges argue, are political questions that are best left to the legislative process.

Twenty years later, with the Secretary of State arguing that the entire primary process belongs to political parties, and not the voters, a California judge will have to determine whether the issue demands court intervention once again.

Read the State's motion for judgement: