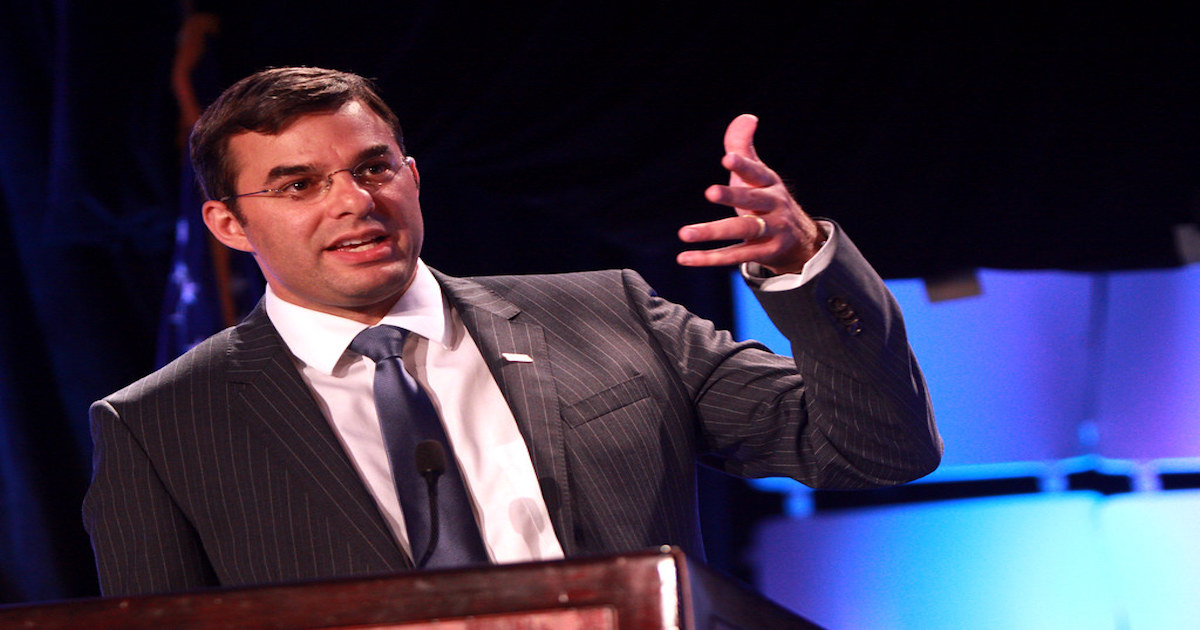 Amash has toyed with the idea for over a year: Describing himself as an ideal third-party candidate at libertarian conferences and posting cryptic tweets about Americans “deserving another option."

But as the months dragged on—the Libertarian party held primary after primary, debate after debate—and Amash remained an onlooker. Speculation began that his flirtation with a national campaign was a ploy to boost fundraising for his campaign the increasingly uphill challenge he was facing at home.

Amash has launched an exploratory committee, allowing him to test the waters before officially taking the presidential plunge.

“Americans are ready for practical approaches based in humility and trust of the people,” he wrote. “We’re ready for a presidency that will restore respect for our Constitution and bring people together. I’m excited and honored to be taking these first steps toward serving Americans of every background as president.”

Amash, who formally left the Republican Party last July, will move quickly to assert himself in the Libertarian party primary.

Winning that nomination would immediately give him an advantage over other third-party candidates for one reason: ballot access. “[The Libertarians] have this great prize, right?” Matt Welch, editor at large of Reason magazine said earlier this year. “They're going to be on 50 ballots probably, and nobody else is going to come close to that. And all you have to do is win a majority of delegates of a thousand votes in Austin, Texas in May, and you get to be on 50 ballots.”

A spokesperson for the Trump campaign declined to weigh in on Amash’s entry into the race, and the Biden campaign did not respond to a request for comment.