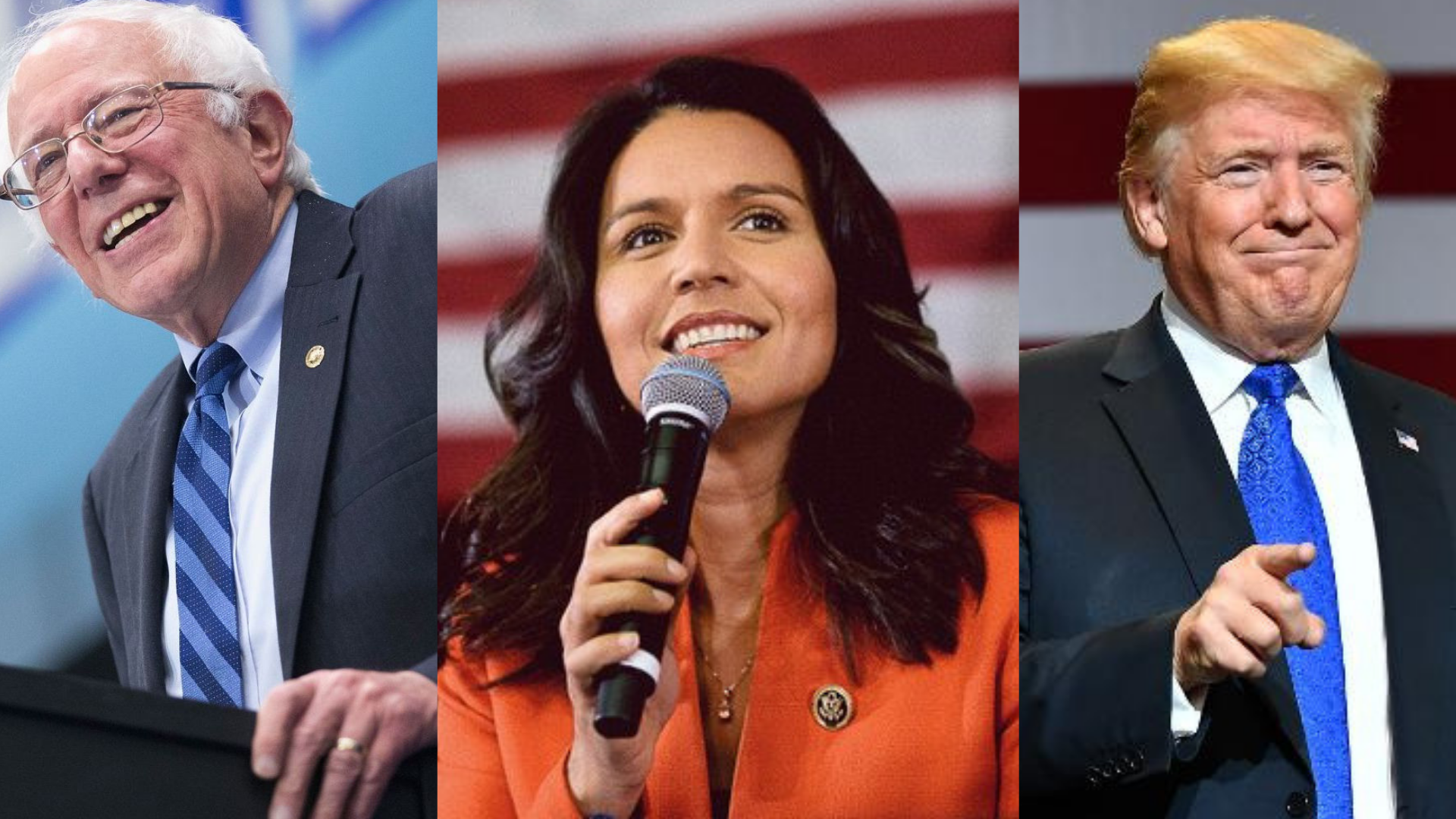 IVN POLL: Independents Like Bernie, Tulsi, and Trump for 2020

The presidential field is quickly emerging for the 2020 election. Ten Democrats have already officially launched their campaigns  Meanwhile, President Trump is still waiting to see if he will face a primary challenge at all.

Regardless of political party, the partisan presidential primary process determines not only which candidates are willing to run, but the issues, tone, and target audience for their message.

This year, we expect a number of Democrats to preach about how they will bring national unity, while beating their chests to be the King or Queen of everything that is not “right.” Trump will do the same from his soapbox against everything that is "left."

But at IVN, our audience includes voters from both major parties, third parties, and those who refuse to join any party. Our readers, therefore, are not so easily defined by conventional political wisdom.

What we do know, however, is that independent-minded voters will make the difference in 2020.

Last week, IVN surveyed its own audience to see who they approved of in the 2020 election. Full disclosure: this was not a scientific poll. We simply sent a survey to some of our readers asking them to select any of the presidential candidates they might support.

We used what is called an “approval voting” method, which means that survey respondents could select as many candidates as they wanted, rather than just one.

There were 871 completed survey responses. The top three vote-getters were US Sen. Bernie Sanders, Hawaii US Rep. Tulsi Gabbard, and the incumbent President Donald Trump. US Sen. Elizabeth Warren, "Other," US Sen. Kamala Harris, and Starbucks CEO Howard Schultz followed the lead.

What the Results Tell Us

It's important to understand, as IVN has long acknowledged, that being an independent does not often put voters in the middle of a linear left-right scale.

Bernie Sanders, for instance, is a self-identified democratic socialist. Yet, his 2016 candidacy was popular among many independent voters in 2016, despite efforts by party leaders in the Democratic Party to derail and marginalize his campaign.

Tulsi Gabbard is largely viewed as a progressive, but her ideas, policy positions, and actions have challenged the DC establishment, even in her own party, and as a result she has garnered support from voters across the political spectrum.

Donald Trump did not campaign as a moderate. He espouses ideas that some view as extreme, but he has also taken positions that reject the free trade policies long supported by both major parties. Trump has challenged the war hawks of the DC establishment. He has turned politics-as-usual on its head.

It's worth noting that in quite a few cases, respondents who picked Trump, Sanders, or Gabbard, also picked one or both of the other top three candidates.

This desire among independents for someone who is offering something different from the partisan status quo, continues to be the most under-appreciated factor in understanding why they vote the way they do (or don't vote).

And these decisions have a deciding impact on presidential elections, as we saw in 2016.