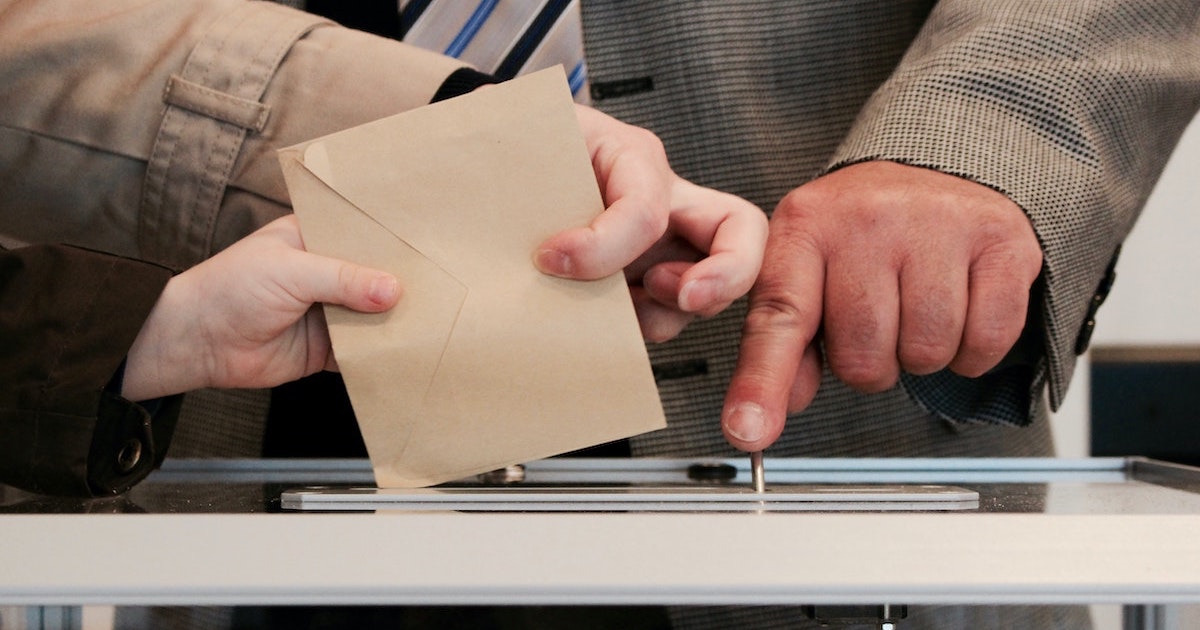 It's Time For Nonpartisan Leadership to Run State Elections

Editor's Note: This piece by Larry Diamond, Kevin Johnson, and Miles Rapoport originally published on The Hill, and has been republished with permission from the authors.

Two secretaries of state were honored recently by the Bipartisan Policy Center in Washington. Maggie Toulouse Oliver, New Mexico’s Democratic secretary of state, and Kyle Ardoin, Louisiana’s Republican secretary of state, received the organization’s prestigious Patriot Award on behalf of all U.S election officials, in recognition of their public service during the 2020 elections.

Such accolades are very well deserved. Faced with one of the most bitterly contested elections in our history, and confronting death threats, a pandemic and frequent legal changes, most of America’s secretaries of state performed heroically.

One way to honor their heroism would be to fix an increasingly untenable contradiction with which secretaries of state are forced to reckon. On the one hand, they need to administer elections as impartial referees, maintaining a neutral distance from all competing candidates and political parties. On the other hand, to gain the position – and to stay in it – they need to be players on one of the teams on the field, building the political profile and party allegiances necessary to win statewide primary and general elections. In 33 of the 50 states, the position of secretary of state is filled in a partisan election and may provide a springboard to higher office.

The argument often given in support of our unique approach is that elections make election officials more accountable. But in our increasingly polarized times, this logic of accountability is breaking down. Most secretaries of state are backed primarily by the voters of one party, who increasingly see the other side as a mortal threat. Worse, to win election or reelection, secretaries of state must first win nomination in low-turnout party primaries, which increasingly are dominated by the most militant party faithful.

What does it mean for an election official to be accountable to an electorate that is vulnerable to conspiracy theories of electoral malfeasance and wanting, above all, for its side to win?

That question will come to the fore in 2022, when battlegrounds such as Arizona, Georgia and Michigan, and 21 other states, will elect their secretaries of state.

In Georgia, GOP-led legislation (just signed into law) will weaken the office of incumbent Secretary of State Brad Raffensperger – who famously resisted pressure from President Trump to “find 11,780 votes” – and is now facing a primary challenger backed by Trump. Assuming he runs for reelection, Raffensperger will be fighting to win back Republican support while simultaneously overseeing a highly contentious gubernatorial election likely to include Democrat Stacey Abrams, who has emerged as the state GOP’s nemesis. Raffensperger already has begun his primary campaign, in effect, by launching attacks against Abrams, accusing her of supporting election disinformation.

What if Raffensperger takes steps seen as appeasing the Republican base that appear to impact the governor’s race? If Abrams loses, even a perfectly run election could well be doubted by many Democrats, particularly after similar conflicts of interest arose during Abrams’s failed bid in 2018. And consider the Trump phone call to him during the 2020 election recount: It could occur because Secretary Raffensperger was a fellow Republican, and likely would not have happened if the secretary were independent and nonpartisan.

These are the scenarios that make clear that reform is needed.

In two states, secretaries of state are themselves leading the reform effort. New Mexico’s Toulouse Oliver is backing a bill that would make New Mexico the first state in the country to elect its secretary of state in nonpartisan elections and to require the official to swear an oath of impartiality. Washington’s Kim Wyman, a Republican, has called for nonpartisan election of the secretary of state, a call endorsed by the Seattle Times.

States should also consider making the position a merit-based appointment, since nonpartisan judicial and other elections do not always yield significantly less partisan results. Instead of elections, several Canadian provinces use a multi-stakeholder nominating commission to lead the appointment process for provincial chief electoral officials. Many U.S. states likewise select judges with the help of judicial nominating commissions, which list candidates for selection by the governor and approval by the legislature, an approach strongly recommended by reform organizations like the Brennan Center.

Such structural changes, which require state constitutional amendments, will take time and consensus-building. But in the near term, simpler steps can help strengthen impartiality and garner bipartisan support. Legislation could prohibit secretaries of state from endorsing candidates or taking political party roles and require secretaries of state running for office to recuse themselves from decisions that could help their candidacies, two ideas already promoted in H.R.1, the reform bill recently passed by the House. To increase the likelihood of experienced election professionals gaining the office, states could require election experience or training, much as law degrees are required for attorneys general candidates.

These reforms can be done in ways that strengthen the authority of the secretary of state as a counterweight to the increasing assertion of dominance over election policy by state legislatures.

Over the years, many principled, hard-working secretaries of state have risen above the design flaw inherent in these offices. In the face of ever-increasing polarization across the country, it is time to honor their public service and ease the burden of the job for their successors by making election administration a space protected from the partisan blood feud. As Sec. Toulouse Oliver said in accepting the award of the Bipartisan Policy Center, “in election administration, there is no room or purpose for partisanship.”

Larry Diamond is senior fellow at the Hoover Institution. Kevin Johnson is executive director of Election Reformers Network. Miles Rapoport is senior practice fellow in American Democracy at the Ash Center at Harvard Kennedy School, and was the elected secretary of state of Connecticut from 1995 to 1999.