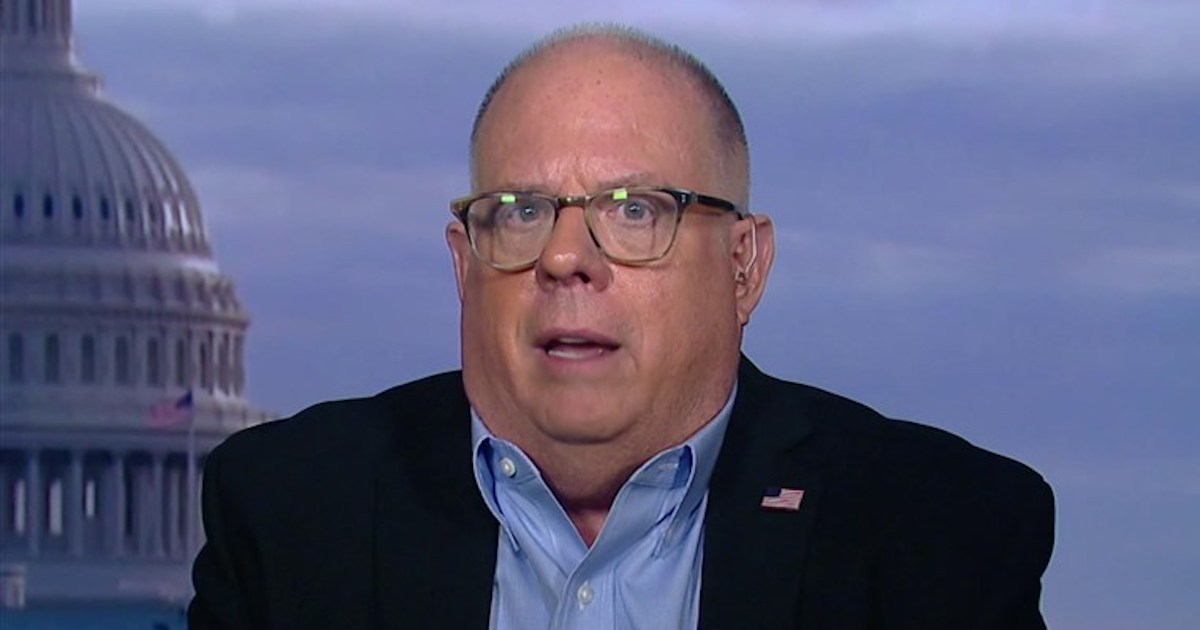 Gov. Larry Hogan is making one last effort to stymie partisan gerrymandering in Maryland before the next decade's election maps are drawn.

The Republican governor announced this week the creation of the state's first-ever citizen-led redistricting commission to draft new congressional and state legislative maps. But final approval will ultimately be up to the General Assembly, which is dominated by Democrats.

In most states, partisan map manipulations have favored Republicans, but Maryland is one of the few examples of Democratic gerrymandering. Several states' election maps have been challenged in court over the last decade, including Maryland's. But the Supreme Court deflected judgement over partisan gerrymandering, saying there is no clear standard to use in evaluating the maps.

The co-chairs will soon choose Marylanders to fill the remaining six seats (two Democrats, two Republicans and two independents) from a pool of applicants. Members must be registered to vote in Maryland, but they cannot be elected officials, official party members or lobbyists.

"Unlike the partisan backdoor manner in which the state's political power brokers have conducted the state's redistricting process in the past, this time we want to make sure that the people of Maryland are actually the ones drawing these lines and not the politicians or party bosses," Hogan said during Tuesday's announcement.

But it's not guaranteed this commission will be able to prevent Democratic legislators in Annapolis from contorting Maryland's maps in their favor again. Once the commission submits its proposal, lawmakers have 45 days to make changes and vote on the maps. Hogan can veto the General Assembly's changes, but the Democrats could easily override it with their supermajorities in both chambers.

With elected officials still ultimately in charge of the final maps, Maryland remains among the majority of states subject to partisan gerrymandering. Only 11 states will use truly independent and nonpartisan commissions to draw their districts for the next decade.

But democracy reform groups say Hogan's commission is a step in the right direction because it promotes public input, transparency and accessibility in the redistricting process.

"Our Maryland government must create transparent processes that serve all of its citizens fairly, without regard to their voter registration. Without trust between the government and the governed, democracy fails," said Beth Hufnagel, who leads the redistricting team for the Maryland chapter of the League of Women Voters.