The Extra Point
Up Next
...
This Labor Day, San Diegans Can Honor Each Other By Wearing a Mask
Read More 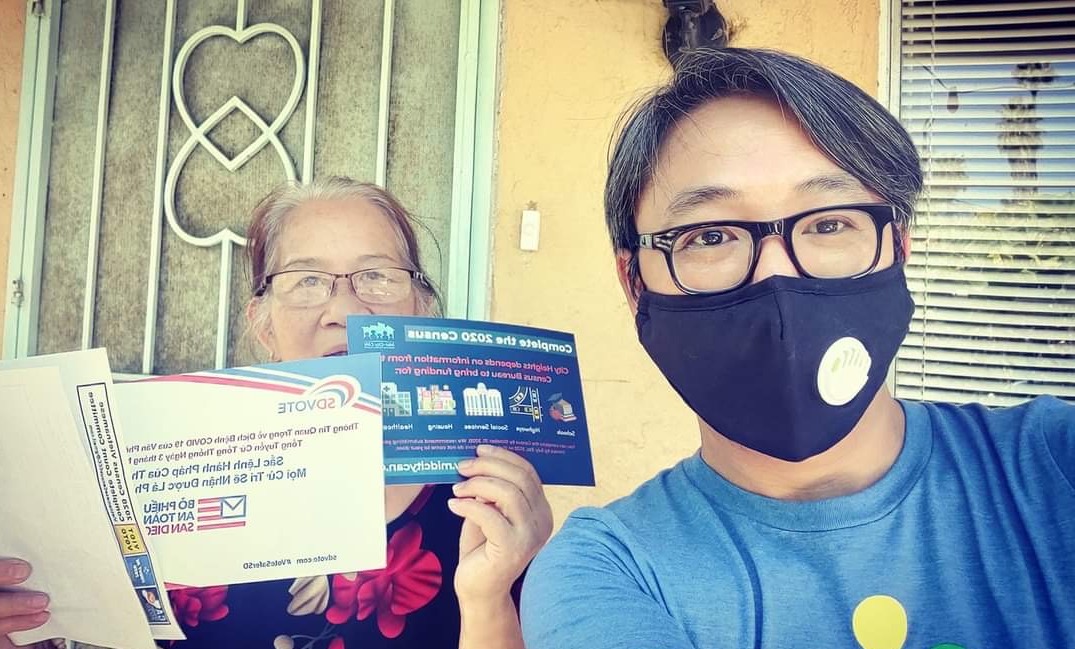 But, when Tran made his way to San Diego 15 years ago, he found a different story.

"There are issues the Vietnamese folks around here are not aware of," Tran said. "We pay taxes, yet we don’t benefit from government services. Our local government does a pretty terrible job of reaching out to the Vietnamese community and why should they care about us if we aren’t voting?”

Frustrated by the lack of outreach from City Hall, Tran and a handful of other activists began engaging the Vietnamese community, focusing on City Heights, a diverse neighborhood where immigrants from around the world call home.

In 2019, they established a nonprofit called Viet Vote with the goal of engaging more Vietnamese Americans in the civic process. Tran, the board president, said the only way his community will be able to grab the attention of elected officials is to vote.

"It's really difficult to have a discussion about issues facing the Vietnamese community when our people don't vote," Tran said. "If we don't vote, they don't care about us."

The latest figures provided by the San Diego County Registrar of Voters show only 26,000 registered voters requested their ballot information be in Vietnamese. Of course, this number doesn’t reflect Vietnamese Americans who may vote using English ballots.

Still, Tran said the number of Vietnamese voters could be higher considering more than 47,000 people in San Diego County are Vietnamese, according to the latest U.S. Census figures. ‍

Tran, alongside nearly 20 volunteers, have knocked on doors, made phone calls and helped with translation with the goal of educating the Vietnamese community about government issues. He also encourages every citizen to register to vote.

"We can't tell people how to vote but we can educate them on the candidates and the ballot issues," Tran said. "We don't care how they vote. We just want them to vote."

If the Vietnamese community can become more vocal in the civic process, they might see long-desired changes in the City Heights neighborhood, Tran said.

Among the long-desired changes are a community center in City Heights for seniors, fixed streets and increased language accessibility for people of all backgrounds.

“There’s a disconnect between the government and the community and I'm hoping that we can connect the dots,” said Tran. “We need to bring back these essential services to our community.  There are many services out there but many people in our community don't know about them because the government doesn't share information in the Vietnamese language. It’s our job to get them to care about us."

Trinh Le — a founding member of Viet Vote and organizing director for the advocacy group, Mid-City CAN — said the Vietnamese community is often overlooked in everyday decision making at City Hall.

For Vannie Pham, a community activist, the goal of Viet Vote is more personal. For her, Viet Vote is about connecting the younger Vietnamese generation with the older generation.

Pham spoke about the cultural shift of living in Vietnam compared to the U.S., where Americans are encouraged to speak freely.

Pham said she wants to encourage the older generation of Vietnamese Americans to share their opinions.

And, if they won’t personally speak up, Viet Vote’s board president Tran said he will.

“I get a lot of calls asking for help with translation or understanding something within the government — I’ll always help them,” Tran said. “I really don’t mind. I translate for my mother all the time, what’s a few more people?

“I just don’t want anything happening to my people.”