Up Next
...
San Diego Must Decide Who Will Deliver Energy within City
Read More 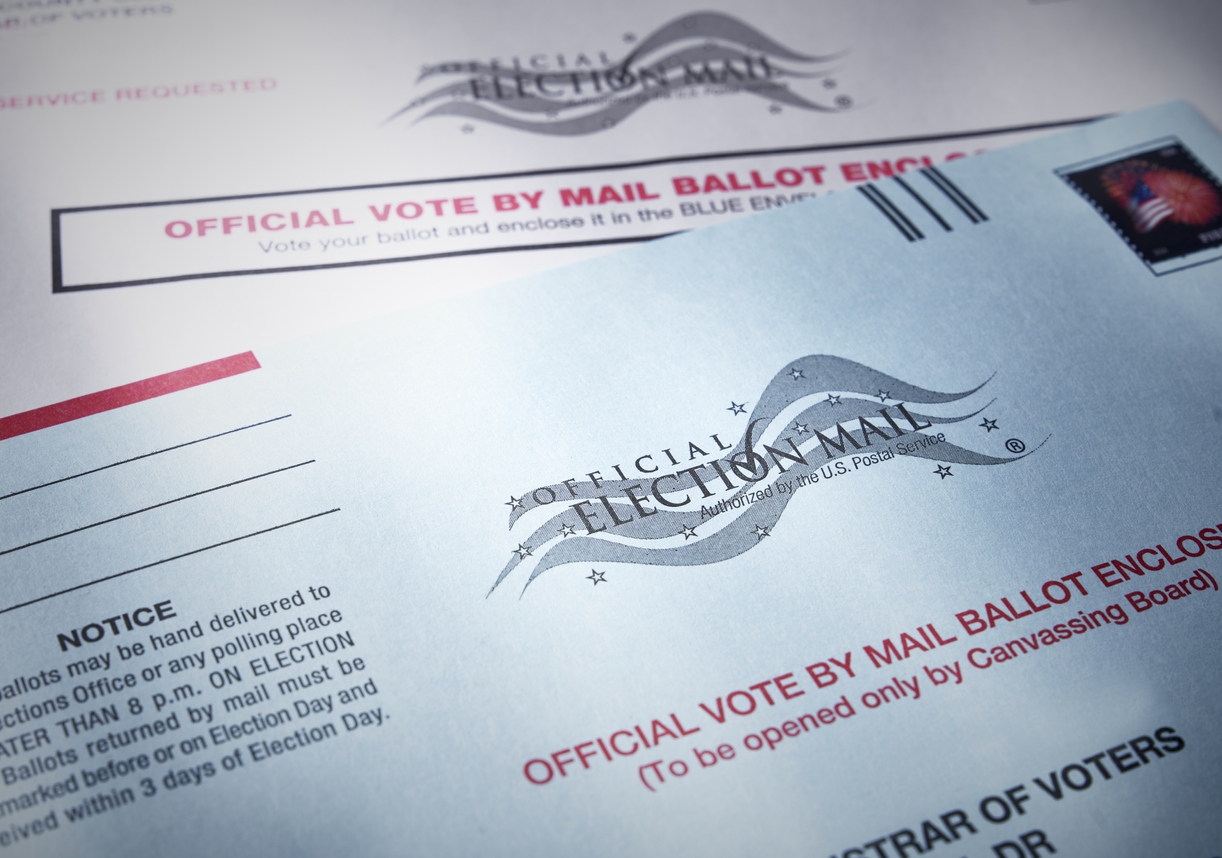 Expanding voters' access to absentee ballots across the South during the coronavirus pandemic is the goal of the four newest lawsuits brought by Democrats and civil rights groups.

The suits, like a wave of others filed across the country during the public health emergency, attack as unconstitutional and against federal law the limited available reasons for voting at home in Alabama, North Carolina, South Carolina and Tennessee and the complex processes required to fill out and return those absentee ballots.

South Carolina and Tennessee now rank among the six states where it looks to be most difficult to both vote and remain healthy this year. Alabama would be on the list but for a recent relaxation of its absentee balloting excuse rules to allow people to cite their fear of Covid-19.

Other states where lawsuits have been filed by Democrats and voting rights groups to expand mail and absentee voting include Texas, Nevada, Missouri and Pennsylvania.

Here is a look at the latest lawsuits. The North Carolina case was brought Monday in state court, while the others were filed in federal court Friday:

South Carolina. This lawsuit was filed in federal court by the Democratic Congressional Campaign Committee and the Democratic National Committee, which have been spearheading the party's multimillion-dollar campaign to remove obstacles to voting by filing more than two-dozen claims in 17 different states.

The latest argues that South Carolina's law constitutes a form of age discrimination prohibited by fedreal law because it exempts people 65 and older from having to provide the sort of excuse to vote absneteee required of younger people. The party filed a similar claim last month against Texas, which is on the list of seven states that only permit the elderly automatic access to an absentee ballot.

The suit also challenges the requirements that South Carolinians get someone else to witness their absentee ballot signatures and pay for postage to return their mail ballots — and the state law saying such ballots are valid only if received at election offices by Election Day.

Alabama. The Southern Poverty Law Center, the NAACP and a disabilities group have sued Gov. Kay Ivey and Secretary of State John Merrill, both Republicans, and local election officials in an attempt to ease some of the remaining limits on absentee voting.

Although the state normally requires a reason, or "excuse," to vote absentee, it has concluded that the illness excuse applies to anyone with fear of viral exposure during the primaries (postponed to July from March). Nine other states have made similar decisions.

The lawsuit seeks to overturn the requirements that an absentee ballot be signed by witnesses or a notary and that a copy of an ID be included with the ballot.

It also asks a judge to order the state to arrange for "curbside voting," the option of casting a ballot without leaving the car.

Tennessee. The claim was filed by the Lawyers' Committee for Civil Rights Under Law and the Campaign Legal Center on behalf of voters and five organizations including the NAACP.

It argues the state has among the most restrictive rules on who qualifies for an absentee ballot. It says that because of the coronavirus anyone should be able to get an absentee ballot in order to avoid risking exposure.

The suit also attacks as discriminatory the requirement in state law, similar to those in Texas and South Carolina, that only people older than 60 may obtain an absentee ballot without a specified excuse.

North Carolina. The newest case was brought in the name of the Right to Vote Foundation and the National Redistricting Foundation by Marc Elias, who is also directing the litigation campaign of the Democrats.

The suit seeks to block the state's unusual requirement that absentee ballots bear the signatures of either a notary or two witnesses. It also asks a state judge in Raleigh to order North Carolina to provide postage-paid envelopes and to count mailed ballots that arrive as late as Nov. 11 so long as they are postmarked by Election Day.

And it asks the court to bar election officials from rejecting ballots based on perceived discrepancies between the signature on file and the signature on the envelope -- without giving the voter a chance to fix the problem.

Elias is behind another suit, filed at the same courthouse in March, challenging a new state law that severely limits who may help voters fill out absentee ballot request forms and submit them.