Up Next
...
Stephen Walker - Trauma of Law Enforcement
Read More 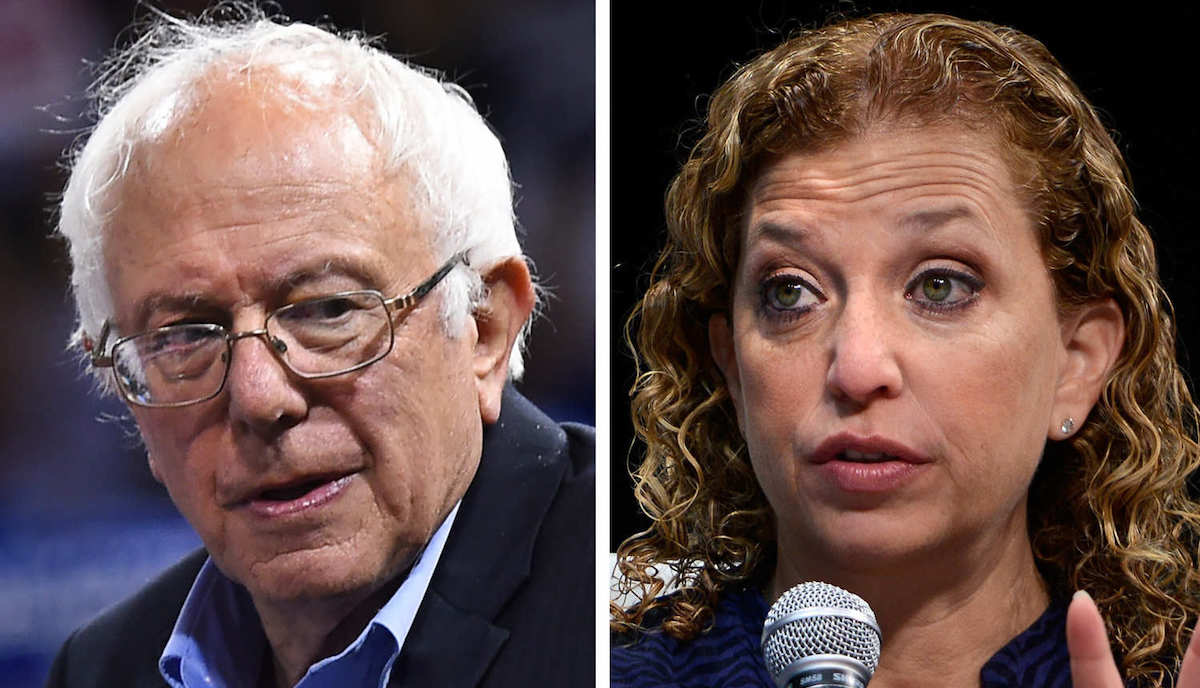 DNC to Court: We Are a Private Corporation With No Obligation to Follow Our Rules

Update: A federal judge dismissed the DNC lawsuit on August 28. The court recognized that the DNC treated voters unfairly, but ruled that the DNC is a private corporation; therefore, voters cannot protect their rights by turning to the courts:

"To the extent Plaintiffs wish to air their general grievances with the DNC or its candidate selection process, their redress is through the ballot box, the DNC's internal workings, or their right of free speech — not through the judiciary."

Rather than reflecting on the consternation everyday voters are having over the conduct of the Democratic presidential primary, the Democratic National Committee is doubling down on the assertion that the primary election belongs to the people who control the party -- not voters.

In the transcript for last week's hearing in Wilding, et. al. v. DNC Services, d/b/a DNC and Deborah “Debbie” Wasserman Schultz, released Friday, DNC attorneys assert that the party has every right to favor one candidate or another, despite their party rules that state otherwise because, after all, they are a private corporation and they can change their rules if they want.

The argument is not without merit. In fact, it is a legally sound argument that has rarely been overcome in the court of law, where courts are extraordinarily hesitant to get involved in the “political thicket.”

The last time the court rejected the “private party rights” argument was in 1944 when, despite the Democratic Party’s objections, the court held that the party had to let African-Americans participate in “their” primary. (See, Smith v. Allwright)

In that case, the court sided with the protections of the Fourteenth Amendment, holding that the exclusion of blacks from the Democratic primary violated their fundamental right to vote at meaningful stages of the election process.

In this case, a group of Bernie Sanders supporters filed a class action lawsuit against the DNC and former DNC Chair Debbie Wasserman Schultz because, they argue, they were denied a fair and impartial election and had given money to a campaign on the belief that it was fair and impartial.

In other words, the plaintiffs are relying on laws that impose a fiduciary obligation on corporations to protect their shareholders and protect against tortious conduct like misrepresentation, not fundamental rights secured by the constitution.

But the Democratic Party’s argument remains the same as it did over 70 years ago.

"The court would have to basically tell the party that it couldn't change [the neutrality rule], even though it's a discretionary rule that it didn't need to adopt to begin with." - DNC attorney Bruce Spiva

"The party could have favored a candidate. I'll put it that way. Maybe that's a better way of answering your Honor's original question. Even if it were true, that's the business of the party, and it's not justiciable." - DNC attorney Bruce Spiva

"[I]f you had a charity where somebody said, Hey, I'm gonna take this money and use it for a specific purpose, X, and they pocketed it and stole the money, of course that's different. But here, where you have a party that's saying, We're gonna, you know, choose our standard bearer, and we're gonna follow these general rules of the road, which we are voluntarily deciding, we could have — and we could have voluntarily decided that, Look, we're gonna go into back rooms like they used to and smoke cigars and pick the candidate that way. That's not the way it was done. But they could have. And that would have also been their right, and it would drag the Court well into party politics, internal party politics to answer those questions." - DNC attorney Bruce Spiva

Leaked DNC emails showed that Democratic leaders indeed tried to minimize and undermine Sanders' campaign, despite organization bylaws that say DNC officials must be neutral in the primary process.

"We're not asking this Court to infringe on the province of another branch of this government or to get involved in the conduct of Congress or the conduct of the Office of President. We're asking this Court to determine whether representations and omissions were false and misleading, and whether money was paid on the basis of those representations, whether folks were injured in a financial sense as a result of those representations, and whether duties to the class members were breached, including fiduciary duties." - Jared H. Beck, attorney for the plaintiffs

“People paid money in reliance on the understanding that the primary elections for the Democratic nominee—nominating process in 2016 were fair and impartial. And that’s not just a bedrock assumption that we would assume just by virtue of the fact that we live in a democracy, and we assume that our elections are run in a fair and impartial manner. But that’s what the Democratic National Committee’s own charter says. It says it in black and white. And they can’t deny that. Not only is it in the charter, but it was stated over and over again in the media by the Democratic National Committee’s employees, including Congresswoman Wassermann Schultz, that they were, in fact, acting in compliance with the charter.” - Jared H. Beck, attorney for the plaintiffs

However, DNC lawyers have argued and continue to argue that the Democratic Party doesn't owe anyone a fair process. It has every right to disregard its own rules or interpret its rules how it wants because it is a private organization, and therefore the plaintiffs have no standing. And that is the conundrum millions of American voters find themselves in today.

Unfortunately, however, even in California, the presidential election is another big animal and was not reformed along with the rest of the state elections. This is because parties have control of the process in 50 states all the way to the federal level -- a much bigger fight that organizations like the Independent Voter Project, Fair Vote, Open Primaries, and many others vow to continue.

There are few Americans who will say they do not want a fair election process, a process that holds elected officials accountable to all voters. Now more than ever, voters are calling for it. But that can't exist when private corporations define and manipulate the rules at will, and are allowed to do so because they control the entire process. Elections should belong to voters, not parties.