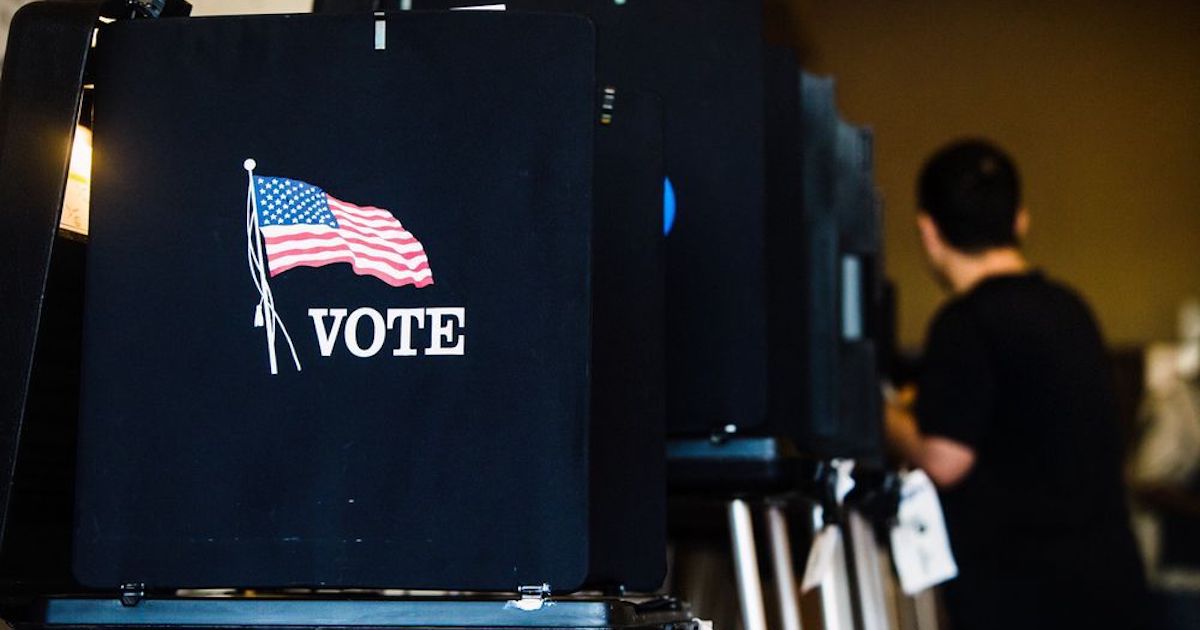 Votes are still being counted in several states across the country. Unlike the year 2000, Florida is not in the spotlight. However, Florida should be highlighted as the state where a proposed state constitutional amendment received 57% of the vote but will not be adopted.

Amendment 3 proposed the implementation of nonpartisan top-two open primaries to reform the current closed primary system in Florida. A clear majority of Florida voters want to get rid of our closed primaries; yet, since 2006, a supermajority (60%) is required to pass a proposed constitutional amendment.

It is worth noting a bit of the history behind the movement for open primaries in Florida.

In 1998, Floridians overwhelmingly passed an amendment that allowed every voter to vote in a primary election when only one party fields candidates and would face no opposition in the general election. It passed with 64% of the vote, at a time when 50% was still the threshold for approval.

Upon passage, the political parties sought an opinion on whether write-in candidates constituted valid opposition. The state said yes, and the courts upheld the opinion.

A loophole to the law that 64% of Floridians approved became available to partisan political operatives. Since that time, candidates from both parties have enlisted bogus write-in candidates to keep primaries closed that would otherwise be open to all voters.

The most egregious case involved a candidate who used her mother as a write-in during two consecutive election cycles.

Two commissioners sponsored proposals. One for an open primary; the other to close the write-in loophole.

Although both proposals received support in committees (the one to close the write-in loophole was approved by both committees), the full commission refused to advance the proposals to the 2018 ballot.

Our grassroots organization, Florida Fair and Open Primaries, immediately formed a political committee, submitted petitions to the secretary of state, and put volunteers to work collecting signatures. We had collected 8,500 signatures when we heard that a wealthy Miami resident was interested in open primaries.

We put our effort on pause when we then heard he was teaming up with another organization, All Voters Vote. We withdrew our petitions and dedicated ourselves to supporting their effort. That support culminated in partnering with Open Primaries and forming a new PAC, Florida Open Primaries, the sole purpose of which was to promote what became Amendment 3.

The All Voters Vote team did the heavy lifting of collecting over one million signatures and fending off the inevitable court challenges. Now, it was time for us to get to work.

With the incredible assistance of Open Primaries, we raised some money, produced a video ad, hired a media firm, printed yard signs, began submitting letters to the editor, and put my organization's co-founder, Jeff Solomon, to work pounding out emails.

With very few resources our video ad got 400,000 views. 5 million emails were sent, resulting in 1.2 million direct contacts. Volunteers stepped up and placed 1,000 yards signs across the state. Others wrote letters to the editor and op-eds or recorded short video testimonials. Some polling was conducted, and we were feeling good about our prospects of winning- and then a bomb went off.

It was no secret that both major parties opposed Amendment 3 but, in mid-August, they went nuclear.

Up until this time, the Florida League of Women Voters supported Amendment 3. They even helped collect signatures to get it on the ballot but, on August 12, they got wind of an article on the Tampa Bay Times website that promoted a report that Amendment 3 would “bleach” a number of black-majority districts and would lead to less minority representation.

Given the national environment of racial tensions, the League was pressured to throw out years of studying the issue of open primaries and reverse their previous support. The report claiming Amendment 3 would harm minorities was produced by a freelance consultant with ties to the Florida Democratic Party. Contrary to evidence that minority representation has increased in California since adopting a top two primary, the League withdrew its support. Two board members resigned in protest.

Soon after, the Black Legislative Caucus held a news conference denouncing Amendment 3 and mailers paid for by the Florida Democratic Party blanketed the state containing photos of Martin Luther King, Jr. and Tom Lewis claiming that Amendment 3 would reverse the gains black voters have made over the decades of struggle for voting rights.

The Republican Party of Florida followed suit with mailers claiming that the amendment was being promoted by anti-Trump “leftists.” The campaigns were underhanded to say the least.

Despite the parties’ aggressive smear campaigns, Amendment 3 still received 57% of the vote. That is a clear majority and, in my book, a huge win.