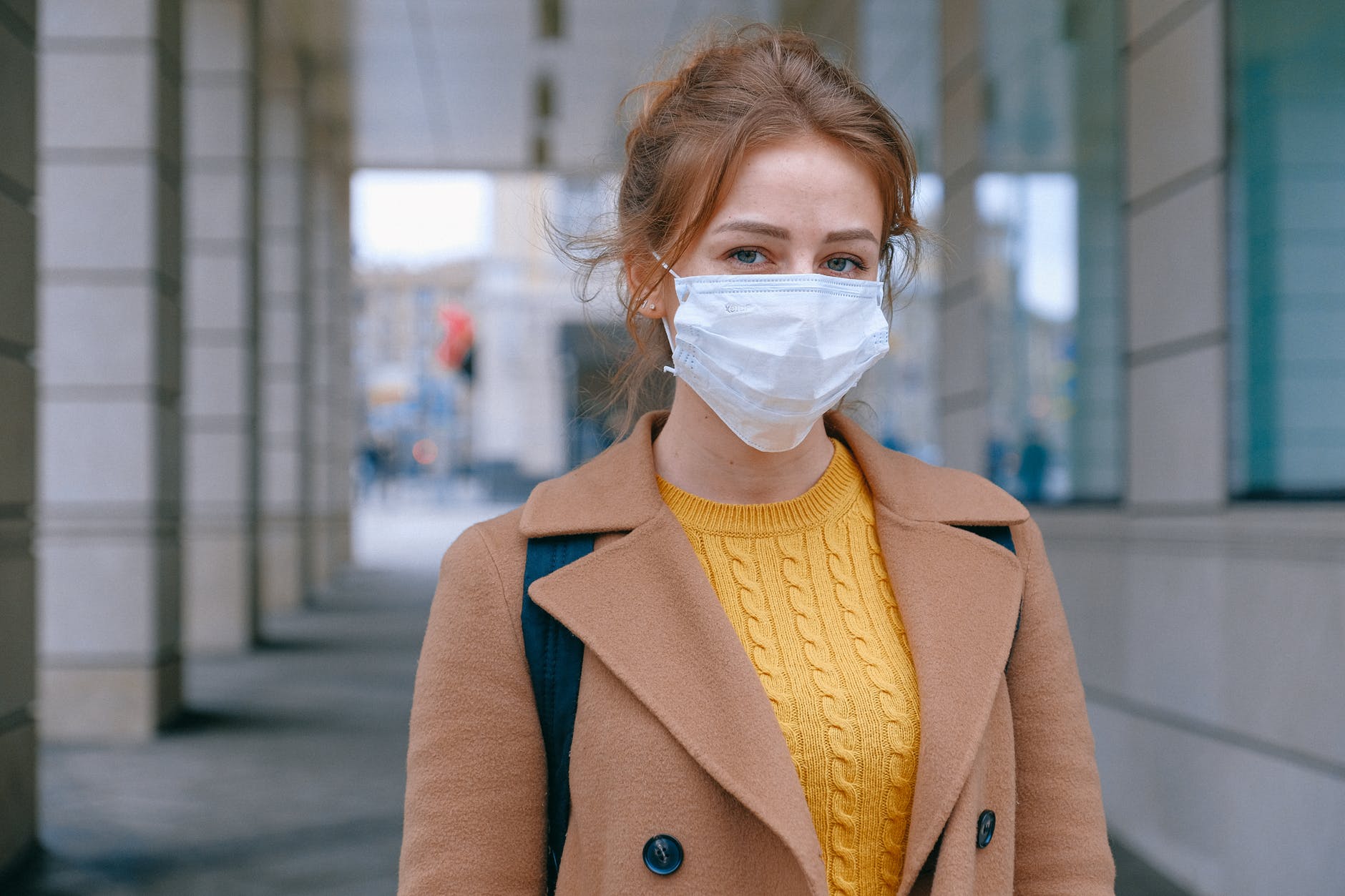 The Coronavirus Pandemic, and perhaps more importantly, the reaction to it in the age of social media, is the first defining event of the current decade.

The coronavirus infects the lungs and causes symptoms ranging in seriousness from those of the common cold in mild cases, to severe influenza in the worst cases.
‍

‍
It originated in the city of Wuhan in Central China. That was key to its rapid spread over the planet, and its disruption to the Chinese economy. Wuhan is a major transportation hub known as "The Thoroughfare of China." With 11 million people living there, its population is nearly three times that of Los Angeles. As a highly populous world transit hub, it was a particularly unfortunate city for the outbreak of a highly contagious and sometimes deadly infectious disease like COVID-19.

The Coronavirus Pandemic and the frenzied global containment response is what probability mathematician, Nassim Nicholas Taleb refers to as a "Black Swan" event. He popularized the term in a best-selling book that eerily presaged the Great Recession that happened right after it was published in 2007. Here's what a Black Swan event is from the book:

"First, it is an outlier, as it lies outside the realm of regular expectations, because nothing in the past can convincingly point to its possibility.

Second, it carries an extreme 'impact.'

Third, in spite of its outlier status, human nature makes us concoct explanations for its occurrence after the fact, making it explainable and predictable."

Although nothing in the recent past could have prepared us for coronavirus, it's far from the first epidemic of infectious disease to spread over the planet. To this day Westerners say "God bless you!" in English and French, and "To your health!" in German when someone sneezes, scars in our culture from the truly horrific Medieval epidemic of bubonic plague called the Black Death.

From 1346 -1353 the disease claimed some 75 to 200 million lives in Europe and Asia. But for our purposes of comparison, we'll take a look at five epidemics spanning the last century, their impact on our society, and what they revealed about our politics. We'll conclude with summary of comparisons to the coronavirus pandemic, and a warning about the third aspect of Black Swans.

The virus originated in Mexico and rapidly spread to the United States and across the planet. In the US, there were an estimated 60 million cases and 12,469 confirmed deaths. The CDC put together a second round of vaccinations for H1N1 to supplement the yearly seasonal flu vaccines.

‍
President Obama declared a national emergency and loosened federal restrictions on hospitals to allow them leeway to navigate the epidemic. The anti-Obama "Tea Party" was in full swing, but there was no mass outcry against Obama or attempt to blame him for the epidemic.

The SARS epidemic infected 8,098 people. SARS claimed 774 lives in total, a 9.6% mortality rate. While there were 27 cases in the United States, there were no US deaths. Because it hardly spread to North America, there was no major US health response to SARS.

However the West did watch with trepidation as the outbreak claimed lives in China, especially because of its high mortality rate. In the end, without breaking out far from China, Hong Kong, and Taiwan, SARS dealt a costly blow to the world economy. Researchers estimate the global economic loss to SARS was some $40 billion. Using that as a baseline, COVID-19 will cost trillions.

Certain populations are at higher risk of HIV infection. There's a disproportionate number of racial minorities who carry HIV, and men who have sex with men (MSM), regardless of how they identify their sexual orientation, are at higher risk for contracting the virus. Intravenous drug users are the most at risk group for HIV and AIDS.

HIV became a global pandemic in the 1980s. Because it primarily afflicted populations already stigmatized in the United States, the public viewed the outbreak with fear and little sympathy at first. But President Reagan launched a task force, the Presidential Commission on the HIV Epidemic, and efforts to educate the public about HIV (and how it cannot be transmitted by casual contact) helped Americans to view the epidemic with more calm and compassion.

Today there are thousands of new HIV cases and deaths every year in the United States, but the rate of infection and mortality have been significantly contained by education, safe sex, antiviral therapies for HIV carriers, and an HIV pre-exposure prophylaxis (PrEP) medication.

The 1968 "Hong Kong Flu" or "Asian Flu" pandemic was caused by the H3N2 strain of influenza A virus. An outbreak in British colonial Hong Kong in the summer of 1968 quickly spread over the planet. The CDC estimates it killed a million people worldwide, 100,000 of them in the United States.

At the time, the Vietnam War was in full swing, so it was a quick jump for H3N2 from Hong Kong, to US troops stationed in Vietnam. Returning soldiers brought the virus to the United States where they first introduced it to the population in California.

The strain had a low (0.5% mortality rate), but was highly transmissible. Apparently three whales at Sea World in San Diego, California (Shamu, Kilroy and Ramu) even caught the "Hong Kong Flu." Their caretakers dosed them with antibiotics to prevent secondary bacterial infection.

The same H1N1 virus that caused the "Swine Flu" Pandemic in 2009 caused a far deadlier one a century ago. And there's a very interesting, political reason why it was called the "Spanish Influenza." With Europe embroiled in World War I, wartime censors kept the true severity of the pandemic concealed to keep morale from sinking with their nations at war.

As a result the full extent of the pandemic in the US, UK, Germany, and France was not known until after it was over. Spain, which was neutral in the conflict, allowed its newspapers to freely report the devastation of the disease, giving the impression that Spain was especially hard hit.

But "Spanish Flu" infected nearly a third of the world's population at the time, some 500 million people. And estimates of the death toll range from 17 million to 50 million.

The Coronavirus Pandemic itself is not necessarily a black swan event. There are plenty of even recent examples since the last president was in office of major infectious disease outbreaks, and heightened awareness and responsiveness in an era of unprecedented global travel.

Microsoft Founder Bill Gates has spent decades of his life devoted to preparing for events like this. In a Reddit AMA interview just year he listed disease epidemics as one of the primary threats facing humanity. (His Foundation has donated $100 million to fight coronavirus in Asia and Africa.)

Google chief engineer and world renowned though leader, Ray Kurzweil has also given great though to pandemics, especially in our era of unprecedented global travel. In his bestselling 2005 book, "The Singularity Is Near," Kurzweil gave a big thumbs up to the level of global readiness.

But the response to coronavirus in the age of social media was undoubtedly a black swan. Especially with regard to the third characteristic of black swan events:

“Third, in spite of its outlier status, human nature makes us concoct explanations for its occurrence after the fact, making it explainable and predictable."

Hardly after the fact in the lightning swift social media flash mob era, the blame game so characteristic of partisanship commenced almost immediately as the coronavirus spread over the planet. The media and hordes of posters on anti-Trump Twitter quickly moved to label the virus #TrumpVirus, #Trumpdemic, and even #CPACVirus when we learned that an attendee had tested positive for coronavirus. On Feb 26, the New York Times even ran an op-ed headlined:

Not even something as far removed from the world of politics as a viral pandemic could bring Americans together in this time of hyper-partisanship to respond to an obviously external threat. When swine flu swept over the US, even with the anti-Obama Tea Parties in full swing, there was no suggestion that he was somehow in league with the bloody virus. No one called it “ObamaVirus.” There was no endless barrage of spin and attacks as his administration worked to respond to the crisis and contain the pandemic as much as possible.

While coronavirus was very different from swine flu in that way, it has been similar to HIV in another way. Fear and misinformation gripped the public as HIV unfolded in the 1980s. Likewise today social media amplified fear and misinformation. Many sources have hyperbolically predicted millions of deaths from COVID-19 based on a mortality rate in the 3% range.

Just like the HIV epidemic, the fear and misinformation, along with the need for an explanation has led some to take refuge in conspiracy theories. In the 1980s, there were conspiracy theories that the government had developed HIV as a bioweapon. These theories abounded as coronavirus spread, with some Chinese sources saying the US DOD planted the virus in Wuhan, and Western sources suggesting it was a Chinese bioweapon that escaped from a lab in Wuhan.

While we can thank wartime censorship for the 1918 flu epidemic going down in history as “The Spanish Influenza,” censorship by the Chinese government prevented the public in Wuhan from taking precautions until it was too late. Dr. Li Wenliang, who warned his colleagues about the coronavirus in an online message in Dec 2019, was arrested for “disturbing the social order.”

When Dr. Li died from COVID-19, the very thing he was arrested for warning about, even then the Chinese government could not unclench from decades of muscle memory suppressing free speech and holding an iron grip on the flow of information. The Chinese government ordered journalists to retract their reports that the physician had died.

Yet the US media still seems intent on blaming the Trump Administration for the coronavirus pandemic. Their partisan agenda has been so slanted, so blatantly political in nature, that Rasmussen Reports found independent voters rated the media's politicized coronavirus coverage even worse than Republicans did. 60% of independents are not thrilled with it.