Up Next
...
New Book: The Need for Political Innovation Greater Now Than before Pandemic
Watch 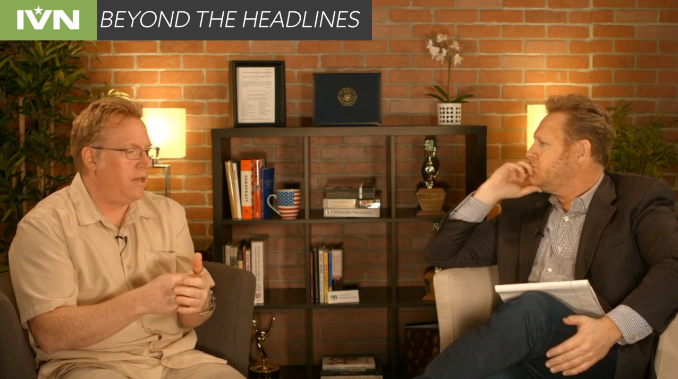 San Diego, Calif.- If the media wanted a dash of spice for the 2020 San Diego Mayoral race, enter Cory Briggs.

A consistent critic of City Hall who has had success suing the city, Briggs has announced he intends to run for the city's top post in 2020.

No Republican candidate has yet to announce, but City Councilman Mark Kersey is considered a good bet to join the race.

The Briggs component is a compelling storyline, that will absolutely impact the race.

Briggs sat down with IVN San Diego's Beyond the Headlines and said he isn't interested in appeasing the ruling or donor class in San Diego. He said he's interested in serving the voters, who he believes have been taken advantage of by the donor class and City Hall for decades.

I asked Briggs if elected, what his leadership style would be... check out his answer in the video, it's perfectly Cory.

Todd Gloria is no doubt the Democrat establishment candidate. A popular city councilman and Assemblyman, Gloria will be touted as the front runner in many circles. His role as interim mayor during the Bob Filner saga, could give Gloria a unique leverage piece as the race gets going.

Barbara Bry is a uniter and business savvy decision maker. Her ability to coalesce the most diverse group of support for an initiative in city history, SDSU West, has earned her a well deserved place at the table. She comes from a business background that will no doubt serve her well in courting moderate and Republican voters.

As for Cory, we discussed several issues impacting the City of San Diego and many more off camera. Below are some highlights of what Briggs said:

Why He Decided To Run

"For too long, the people who run City Hall have not been representing the people who elect them into office. The folks at City Hall spend the vast majority of their time defending the donor class and special interests from the voters and it's high time that stops."

"There is an affordable housing crisis in the City of San Diego, the County of San Diego and throughout California, that much is true. There is no market rate crisis. So when the mayor proposes to gut the rules, rules that are put in place to protect the residents, where they live, the places where many folks have made the most significant investment they've made in their lives, when the mayor proposes to get rid of those rules and we're not talking about affordable or workforce housing, that's code in this town for letting developers build luxury condos, make a killing and the residents are the ones that have to live with the impacts. That's the problem I'm talking about."

The Homeless Crisis and Solutions

"We've lost something like 10,000 SRO's (Single-Room Occupancy) since 2000 and we have a homeless population of about roughly 9,000 so do the math. We got rid of places where folks who had no other place to go could afford to live and we turned them into high-end hotels and luxury condos and now we wonder why these folks have no where to go."

"Number one you stop doing stupid stuff that contributes to the problem, which requires you to say no to the donor class. The politicians wouldn't say no to the hoteliers and the developers who wanted to turn downtown into a luxury tourist destination, and as a result, people who lived there had no where else to go. You also have to make sure you take steps to make sure those who are on the verge of becoming homeless, don't become homeless. I propose everybody who is subject to eviction, if they cannot afford an attorney, they should be entitled to a lawyer. Once you have an attorney, that will automatically reduce the number of people being evicted. What we don't want is to throw people on the street."

If elected, Briggs said he will put pension reform back on the table.

He mentioned the possibility of eliminating pensions and moving to a 401k style system. Briggs said, "what's not acceptable is the current situation and a fixed liability, it needs to be set with a payment plan so the city knows what the payment is, and no pet projects will be green lit until the pension debt is paid off."

On Todd Gloria For Mayor

"Todd's a very likable, very polished politician. He's very good at making people like him. We're just finishing the administration of a former councilmember and it's been a general disaster, so I don't know that we should repeat the same mistakes. Todd cast a lot of votes that put people on the streets, the YMCA downtown, voted against us on the condo conversion issue, Todd voted in favor of disenfranchising the voters on the first convention center expansion. If Todd's changed I'd like to know how. You gotta have a brain, a spine and a moral compass that always points to doing what's best for people first."

On Barbara Bry For Mayor

"I like Barbara a lot, I was one of her supporters for city council, I think she's smart. Where I think she's not ready, is that she is too new to City Hall to realize when she's being bamboozled. Barbara is one of the councilmembers who voted in favor of the City Attorney filing a lawsuit before the election to keep Soccer City and SDSU West off the ballot. After the city council says these issues must go to the voters, she and others authorized the city attorney to file a lawsuit to disenfranchise the voters. That cost the city over $400,000, Barbara didn't sniff that out, she needs to be there longer so she has more experience."