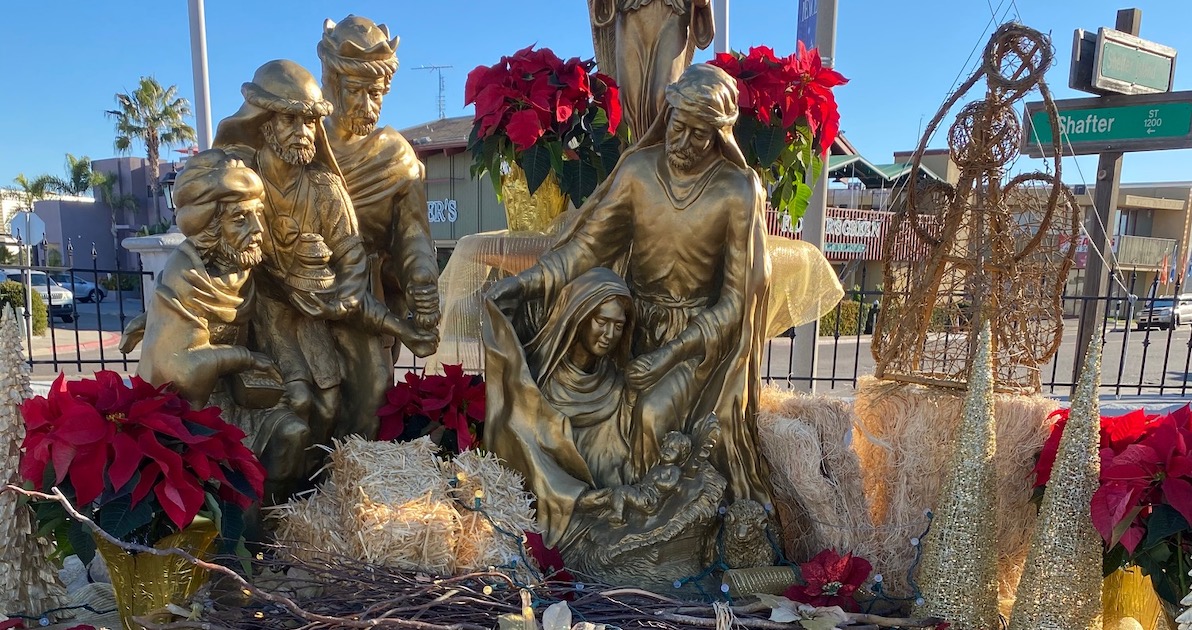 Christmas is ‘The Point’ at Point Loma’s Portuguese Hall Celebration

This is an independent commentary. Have one of your own? Email it to [email protected]

In the age of the COVID-19 pandemic, everyone is tasked with re-imagining the future.

Christmas celebrations might be full of “bubbles,” Zoom calls and FaceTime visits.

Ocean Beach continued its Christmas tree in the sand happening, but needed to redo its annual parade of floats, people, pets and cars in a “reverse parade” in keeping with OB’s motto: “It's Beside the Point."

Thus, the Ocean Beach Town Council announced that a totally unusual pandemic, “You Are the Parade” event —where the streets were lined with the usual floats and everyone could drive by. OB’s holiday theme this year is, appropriately, “Home for the Holidays.”

The Fleetwood area of Point Loma was once bedecked with fabulous Christmas lights and religious nativity scenes with thousands of cars driving by, children in tow, to gasp in wonder at the displays.

That ended when the electricity costs became too excessive.

Yet, the Portuguese, as with many other San Diego ethnic enclaves, have honored their customs for generations, even while experiencing the loss of the Tuna Fleet, the exodus of many families to the Azores and the influx of “newcomers” to the area.

Once the dominate force in Point Loma and environs, the Portuguese have seen their numbers dwindle, but not their influence as evidenced in the naming of the UPSES Chapel “Capela” as a State of California historical building.  Soon to be named a national treasure.

On Sunday morning, the Portuguese community also re-imagined their Christmas tradition with a rendition of Santa’s Village (aka The Griswalds), complete with sleigh and reindeers, a Nativity scene, a miniature carousel, toy-sized train, and a menagerie of other figurines and ornaments. It was all held outside in the Portuguese Hall's parking lot at Avenida De Portugal.

The volunteers and organizers began working Friday night to assemble the wonderland, just in time for Sunday’s opening. It doubled as a drive-thru breakfast fundraiser for the 2021 Festa parade, celebratory dinner and Mass. And a virtual auction.

Cars drove through for food, children accompanied parents on a hand-held walk about, and everyone wore masks.

“It’s Beside the Point" parade and Point Loma’s Portuguese community’s Santa’s Village have re-imagined a pandemic response to the Holy Days and holidays, and kept their traditions alive.

That is the point.

This was republished with permission from OB Rag.