Homelessness
Up Next
...
It Falls on All of Us to Ensure a Credible Election
Listen 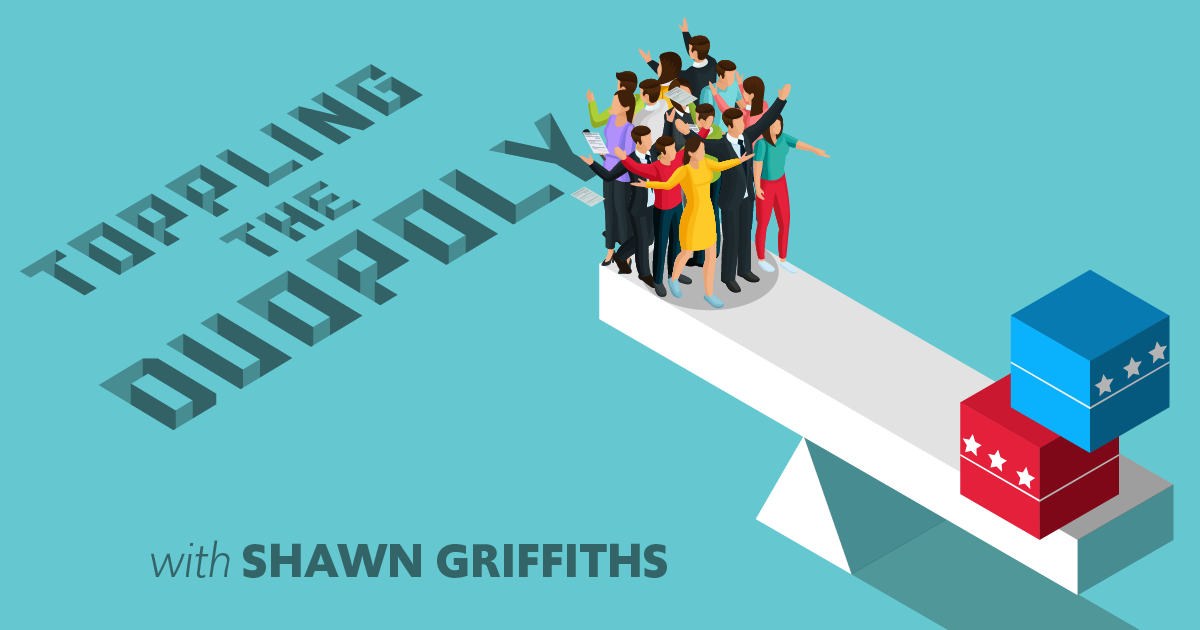 "There is such an appetite and an interest and a growing mainstream recognition that if we don't fix our system, we're going to get the same crappy results out of Washington." - John Opdycke, President of Open Primaries

In the first episode of Toppling the Duopoly, I discuss future primary and election reform with Open Primaries President John Opdycke and long-time activist and Open Primaries spokesperson Dr. Jessie Fields, and the impact it could have on the 2020 elections.

From the fringes to the mainstream, Opdycke, Dr. Fields, and I discuss how reform efforts have "grown by leaps and bounds" because of the hunger for broad systemic reform to transform government to be accountable to the people, first, not party bosses or special interests.

And as the crowded presidential field emerges, the drive for reform will become more visible as we face the same problems millions were exposed to in the 2016 election.

With a new year comes a new podcast, with one of the nation's most knowledgable experts on the broad nonpartisan reform movement and the key players who want to give voters a better, functional, and more accountable political system.

If you have any comments or feedback on the new podcast or the issues discussed in it, be sure to drop it in the comment section. We want to hear from you. Thanks for listening, and as always... stay independent!