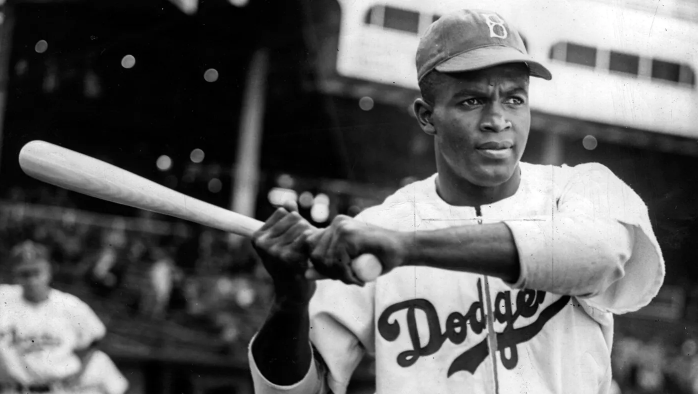 Breaking Down Barriers: Jackie Robinson at 100

NOTE: This op-ed was submitted to the Boston Globe, Boston Herald, Worcester Telegram, Commonwealth Magazine, and the Montreal Gazette (a slightly expanded version tied to Jackie’s debut with the Royals in ‘46).

Too bad, really. It would have been nice for readers of any of the above publications to know that the greatest athlete and perhaps the most important African-American in our history, would have been 100 today.

Rejections are irritating, but I’m reminded of how angry the late Senator Eugene McCarthy would become when Meg Greenfield, op-ed page editor of the Washington Post, would reject one of his submissions. The senator made it clear to me: he did not like Ms. Greenfield.

Oh, the biggest irritation here is The Times. Send them an op-ed and you will immediately hear back that it’s under consideration and you will be advised when a decision is reached.

That said, here’s my remembrance of Jackie:

The Importance of Jackie Robinson

He would grow up to become the “most important black man in American history.”

That was the view of the late Buck O’Neil, founder of the Negro Leagues Baseball Museum in Kansas City. O'Neil often pointed out that before MLK, Rosa Parks, Brown v. Board of Education, Supreme Court Justice Thurgood Marshall, and before President Harry Truman desegregated the military, there was Jackie Robinson.

Whether Jackie was the “most important black man,” there’s no disputing his standing in the annals of our country’s tortured race history.

That standing happened because April 15, 1947, playing for the Brooklyn Dodgers, Jackie broke baseball’s color barrier, as no other African-American had ever played in a major league game before – not once in 78-years.

"Whether Jackie was the “most important black man,” there’s no disputing his standing in the annals of our country’s tortured race history." - George Mitrovich, IVN Editorial Voice

Every April 15, every major and minor league player wears Jackie’s number 42, and that number is given a place of prominence in every professional ballpark.

While he was born in Georgia, Jackie grew up in Pasadena, California, where he fell in with a “gang,” becoming a major concern to his mother.

She spoke to a young Methodist minister and asked him to talk to Jackie, which he did, and that conversation would lead to a friendship, resulting in a profound change in young Jackie, as he accepted Jesus Christ into his life, resulting in a different person.

That part of his story is seldom touched upon by sports writers, but it was a critical part of Jackie’s life, as the Dodgers’ general manager, Branch Rickey, who signed Jackie, was a fellow Methodist, and knowing of his background in the church, believed it would enable him to withstand the racial hell he would experience as the game’s first black player.

Today is the 17th year the Red Sox will remember Jackie as a pivotal figure in the history of American sports and society – remembering him for his accomplishments as a player and, no less, his remarkable qualities as a human being.

The Red Sox will do this at a Fenway Park Writers Series/BoSox Club dinner, as Dr. Michael Long, America’s foremost Robinson scholar, shares his thoughts about Jackie’s life.

There is no small irony in the fact, however, that the team commemorating Jackie on his birthday – and the only major league team to do so -- is the same team that said no to signing him in 1945.

And why the Red Sox?

Why would a team, which didn’t sign its first black player until 1959, 12 years after Jackie broke into the major leagues, honor him on his birthday?

The answer is found with the ownership group that took control of the team in 2002, led by principal owner John Henry, chairman Tom Werner, president Larry Lucchino and their partners, as they sought to change the culture of an organization perceived as racist.

Aided by the Red Sox’s vice president for public affairs, Dr. Charles Steinberg, the ownership decided to honor Jackie on his birthday. They would do this in the hope other major league teams would hold similar tributes, but if no other team did – and no other team has – the Red Sox’s commitment would abide.

For a professional sports team to own up to its troubled past where black players are concerned, as the Red Sox have, is a rare occurrence, one that should be widely acknowledged.

At the initial birthday tribute in 2003, before an audience of Boston middle-school children, as well as political and civic leaders (the Red Sox use Jackie’s birthday to teach students about his life), it was announced by Larry Lucchino that a bill would be introduced in Congress to secure posthumously for Jackie the Congressional Gold Medal. Lucchino said John Kerry and John McCain in the Senate, Richard Neal and Peter King in the House, would be the bill’s principal sponsors.

Its legislative passage took two years, but finally it was signed by President George W. Bush, and on March 2, 2005, in the Rotunda of the United States Capitol, before members of Congress and a standing room only audience, the president presented to Rachel Robinson, Jackie’s widow, the Congressional Gold Medal – first given to George Washington.

The Red Sox, by hosting this annual event, seek to remind Americans of the significance of Jackie Robinson; to affirm his place as an individual who changed, not just baseball, but the social and political dynamics of our national life.

And despite challenges to achieve a more just society – the dream lives on.

George Mitrovich is president of two leading American public forums, The City Club of San Diego and The Denver Forum. In addition, he chairs for the Boston Red Sox The Great Fenway Park Writers Series, as well as chairing the team's annual birthday tribute to Jackie Robinson.