Up Next
...
Experts offer guidebook on elections during Covid-19
Read More 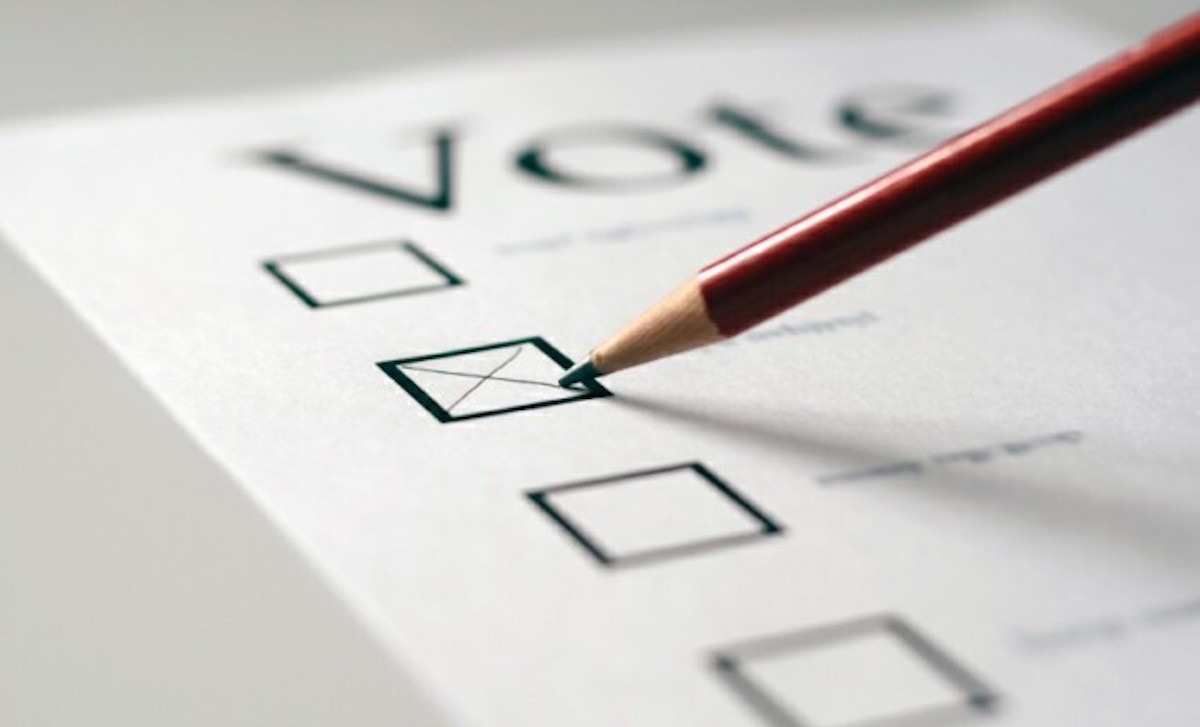 Mainers face an important choice on Question 5 when they go to the polls on November 8th—whether to support ranked-choice voting to restore majority outcomes for electing its leaders in government, or not.  I’ve noticed that opponents of ranked-choice will make their case against this method, and then throw in “and besides, it’s unconstitutional.”  For some opponents, it’s their only argument, made in an attempt to “win by forfeit.”

A closer look at Maine’s election history reveals that a majority system was implemented at our state’s founding.  Majorities were initially required to be elected governor or to be elected to Maine’s legislature (both houses).  In the event that a majority was not reached, there were various contingencies, which included “rematch” elections and legislature-determined outcomes.

With many three-way races (sound familiar?), the back-up plans to achieve a majority proved too cumbersome and contentious.  Changes to the constitution happened in 1847 and 1875 for Maine’s House and Senate respectively to accept a plurality result (most votes wins even if not a majority).  More memorably, a contentious three-way election for governor in 1879 brought Bowdoin graduate and Civil War hero, Joshua Chamberlain, to Augusta to mediate.  With a constitutional amendment in 1880 regarding the governor’s election, a plurality of votes was now acceptable across the board to elect Maine’s leaders.

It is important to consider today that Maine’s leaders of the 1800s weren’t saying they didn’t want majority outcomes; rather, they were conceding that they had to tolerate electing leaders with merely a plurality.

Maine’s constitution is silent as to how a “plurality” is found, and it does not prescribe a particular method of voting or counting.  The test spelled out in the constitution that the “votes shall be received, sorted, counted” after which the candidate with the most votes is declared the winner. Ranked-choice voting meets that test. That’s why, for 75 years, legal precedent in this country has been that ranked-choice voting is a plurality voting system.

When opponents of Question 5 decry it as unconstitutional, they are saying, “voters, you needn’t bother voting for better democracy, because it’s against a rule that was put in place in 1880.”    They neglect the full historical context of the constitutional changes that were made at that time and the lack of clarity in the resulting document.  I will concede that reasonable persons and experts can (and do) disagree on these points, but opponents of Question 5 are willing to go farther than warranted with their conclusions.

Consider the most vocal sources of the assertions.

Gordon Weil offers his “it’s unconstitutional” piece this past week in the Bangor Daily News, voicing his opinion that Question 5 would not survive without further constitutional amendment.  As a brief sidebar, this piece followed Weil’s three-part series of columns opposing ranked-choice voting.  Offering up three alternative changes in lieu of ranked-choice voting in his third column, Weil misstated the cost of actual run-off elections.  A 2006 study by the Maine Secretary of State showed that the cost of actual run-offs to be up to $2 million.  Therefore, Ranked Choice Voting would save Maine taxpayers up to $1.5 million every election year.

But tellingly, Weil then admits that he favors his fourth alternative:  no change.  Don’t mess with the status quo.  His constitutional interpretation just may also carry his bias.

“It’s a matter of opinion,” Dunlap said. “Formally, everything considered and passed either by the people directly or through their representatives in the Legislature is considered to be constitutional unless and until challenged successfully before the Law Court. The folks in the black robes have final say on constitutionality.”

At least four experts have declared Question 5 constitutional, as follows:

A fifth expert, Jamie T. Kilbreth, Attorney, Drummond Woodsum, says, "The claim of unconstitutionality is nothing more than rank speculation."

Other experts may disagree, but I think it’s fair to say that none goes as far as Rep. Sirocki in her conclusion.

Maine’s founders intended majority outcomes to elect its leaders, but this ideal was thwarted in the pre-ranked-choice voting era of the 1800s.  Lesser outcomes—pluralities--were deemed acceptable, but were certainly not seen as preferable at the time.  We should have faith that when Question 5 challenges come, the constitutional issue will be examined, not by partisans, but by the courts.  Thoughtful judges will consider the intent of Maine’s constitution and its amendments regarding elections, as well as ranked-choice voting’s merits as a vote tabulation method.

Mainers rejecting the “lesser of two evils” status quo and favoring greater choice should vote yes on Question 5, and have faith that if it passes, the will of the voters for better democracy will ultimately prevail.