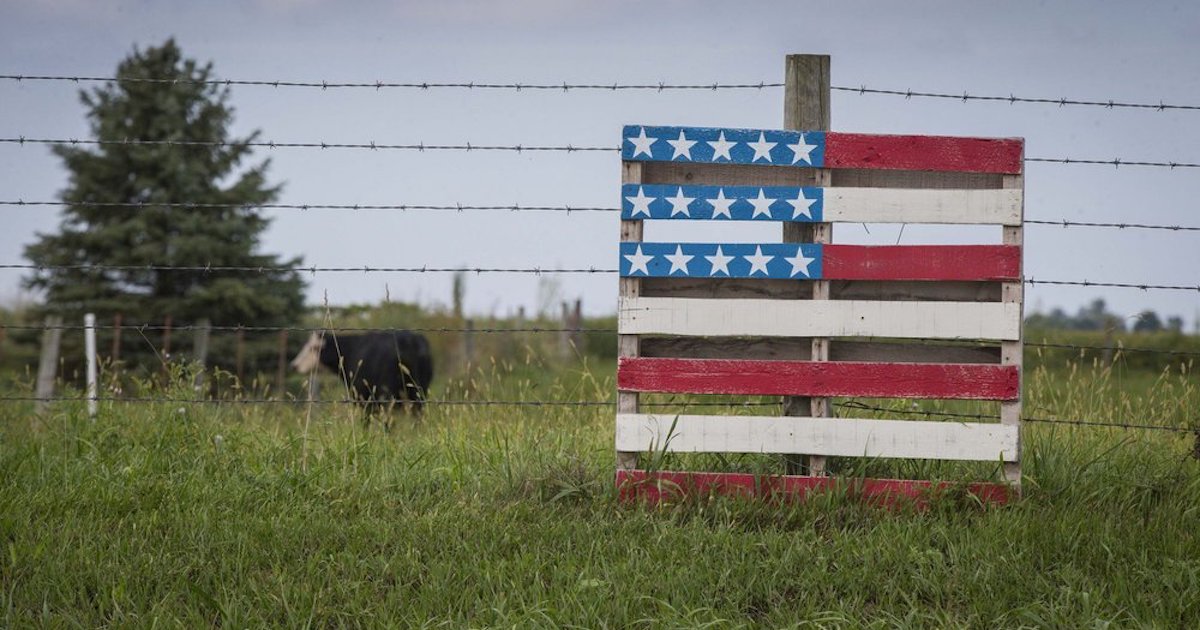 Let’s just call everything outside major urban centers, the rural vote. Betrayed by politicians of every political party, left out of every agriculture-related policy decision in every government agency, on the short end of every economic development strategy at all levels of government, the rural vote is changing. Still broken and outraged, a newly energized coalition now demands integrity in elections and true representation for the people of rural and small town economies.

You want that vote? Start here:

Understand the basic issues from the point of view of family-owned, small and medium-sized farms and ranches, along with the small businesses that form the economic core of our rural counties and districts. It’s not a pretty picture, with ignorant government policies in the background, the contamination and degradation of our food and water systems throughout, and "Big Money" driving working farmers and ranchers out of business so land, livestock, and water can be bought on the cheap.

If you want the rural vote, learn about the issues, listen deeply to working farmers, and bring well considered and courageous solutions to the crisis that is destroying rural America and endangering our nation’s food supply. Dairy farmers are a microcosm of that destruction with economic, environmental, health, nutritional, food supply, immigration, the humane treatment of livestock, poverty and social justice issues all interconnected.

In the early 1970s, America had about 600,000 traditional dairy farms. Now we have about 40,000. Over those decades, milk production has not fallen and is in fact rising along with the unsustainable growth of mega-farms where livestock in the tens of thousands are fenced in with little room to move. The consolidation of farms and ranches is enabled by federal agriculture policies that favor “bigger is better” and the same dynamics play out in the fishing, grain, and crop industries

In the dairy industry, government policies set the price of milk below the farmer’s cost to produce that milk. The farmer’s cost is about $21.59 and they receive less than $18 and sometimes less than $14 per hundred pounds of milk (called hundredweight). Government agencies, including the U.S. Department of Agriculture (USDA), manipulate the formula that undervalues the farmer’s cost of production while the Food and Drug Administration (FDA) manipulates the definition of milk, meat and fish.

Dairy farmers cannot climb out of the hole our government has thrown them in, especially while other federal policies restrict local banks from providing debt relief. Once the milk is produced, major milk processors and dairy co-ops establish practices and set so-called “market adjustment fees” knowing full well that low prices and excessive fees will put the squeeze on the small and medium farmers.

False advertising and misleading food labels confuse consumers and silence farmers who believe our government should be serving We, the People, not lining the pockets of industrial agriculture.

The 2014 and 2018 Farm Bills are simply “bipartisan” weapons to eradicate an entire class of working farmers and destroy the economies of small towns. The so called “safety net” promises everything, yet saves no one. International trade agreements immorally and unconstitutionally interfere with the ability of nations around the world to independently and safely produce food.

With the farmer losing money to so many middlemen, the consumers are overcharged for food and produce that is quickly becoming less and less nutritious.

The concerns of family-owned farming, ranching and fishing operations go beyond unnerving questions about their ability to survive and extend to the ways we are losing control of our local food supply and replacing wholesome, nutritious food with chemical experiments. The impact of chemically-enhanced food is not evaluated or regulated, and many believe this contributes to rising rates of obesity, malnutrition, allergies, cancers, digestive, and auto-immune diseases.

Our small farmers and local food producers see this unfold as government policies drive them out of business while mass producing and mass marketing fake milk, fake meat, and fake fish.

Perhaps the best example is the extensive use of Milk Protein Concentrate (MPC) – the dehydrated, heat-processed, ultra-filtered, chemically-enhanced, easily transported “milk” product with a long shelf life that many dairy farmers call “moo-glue” and now finds its way into far too many foods. Slimy-tasting, individually wrapped “cheese” slices are MPC. That strange looking oil often seen on top of some of your pizza screams MPC.

USDA regulations allow manufacturers to hide the use of MPC and refer to it as “milk” in lists of ingredients. The labels are simply not honest. So MPC goes into packaged mac and cheese, yogurt, cream cheese, ice cream and possibly even candies.

We do not know how much wholesome, farm fresh milk that traditionally went into dairy products is now displaced with MPC -- some say at least 10% and maybe 30% or more. With big business now paying agriculture schools to research nano- and micro-filtration, no end is in sight and no oversight exists for “innovations” of milk protein.

And no government agency investigates or sets standards for the chemical burden and health impact of fake food. We have no idea if milk protein derivatives are equal in nutritional safety and economic valuation to traditional dairy ingredients that were historically and directly derived from milk itself.

3: United, We May Survive

We all eat. There is no rural-urban divide. There is a flow of rural resources including food and water into urban centers and a similar flow of investment options and new technologies from urban cores to rural counties. We are one America. Our farmers and ranchers nourish us, while government policies and the corrupting influence of Big Money have betrayed them and endanger the quality of our food and the health of our families and children.

Yes, it’s complicated and urgent. Our national wellbeing depends on courage from political leaders. Only one current federal candidate seems to understand what is needed. Marc Friedenberg, candidate for Congress in Pennsylvania’s 12th District, concluded in a February 19, 2019 letter to Farm Women United that he sees the  “deepening, severe economic emergency the dairy farmers and rural communities are facing.”

He stands for action on at least the following:

3) Investigate corruption in the co-op system

5) Explore the role that Dodd-Frank regulations may play in freezing the credit market for dairy farmers.

Final Comments: We have run out of time. Farmers have always adapted -- to changing weather, changing food trends, new insect infestations, even lightning strikes that set barns on fire or kill cattle. They cannot adapt and will no longer accept a federal government that sells out food producers and consumers to corporations that lie, cheat, and destroy our natural environment.

We produce the food, we pay the bills, we create the wealth that supposed to circulate beyond our farms, but rural New York, Pennsylvania and elsewhere look like Europe after World War II. We are dying and we see the corruption, we see the manipulations, and worst of all we now see the fake food that industrial agriculture and mass advertising put on people’s plates. It’s not about economics, it’s about government policies that are driving family farmers and ranchers bankrupt. For the consumer and farmer, our food supply is being corporatized, globalized, industrialized and politicized.

Rural communities and dairy farmers in particular are now joining together to demand justice for farmers and integrity for consumers and citizens. Will candidates and independent political parties rise to the challenge?

Dr. Lynn S. Kahn was a third party candidate for New York's 21st Congressional District in 2018. She ran for president as an independent in 2016. Her platform calls for Transforming America by Transforming Government.