The Extra Point
Up Next
...
‘I Miss Her’: COVID-Induced Isolation Continues for Many San Diego Seniors
Read More 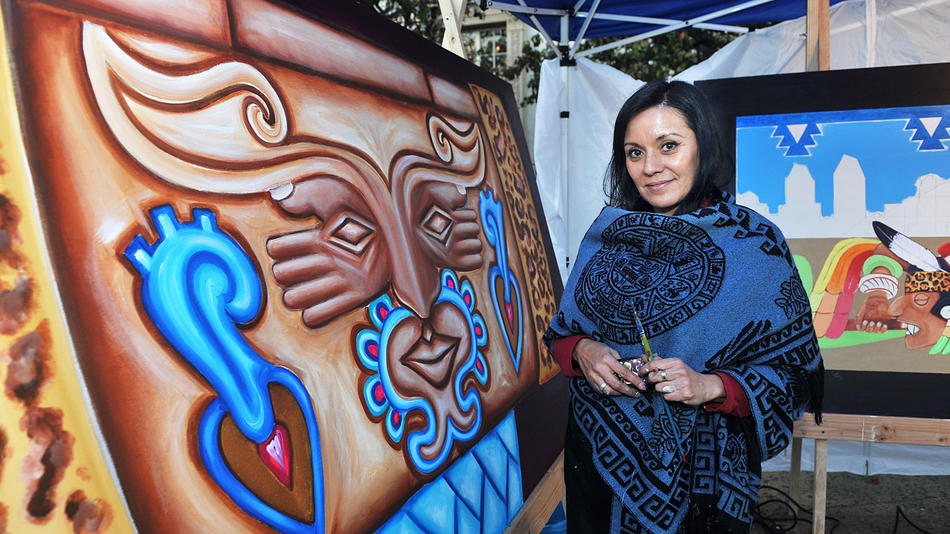 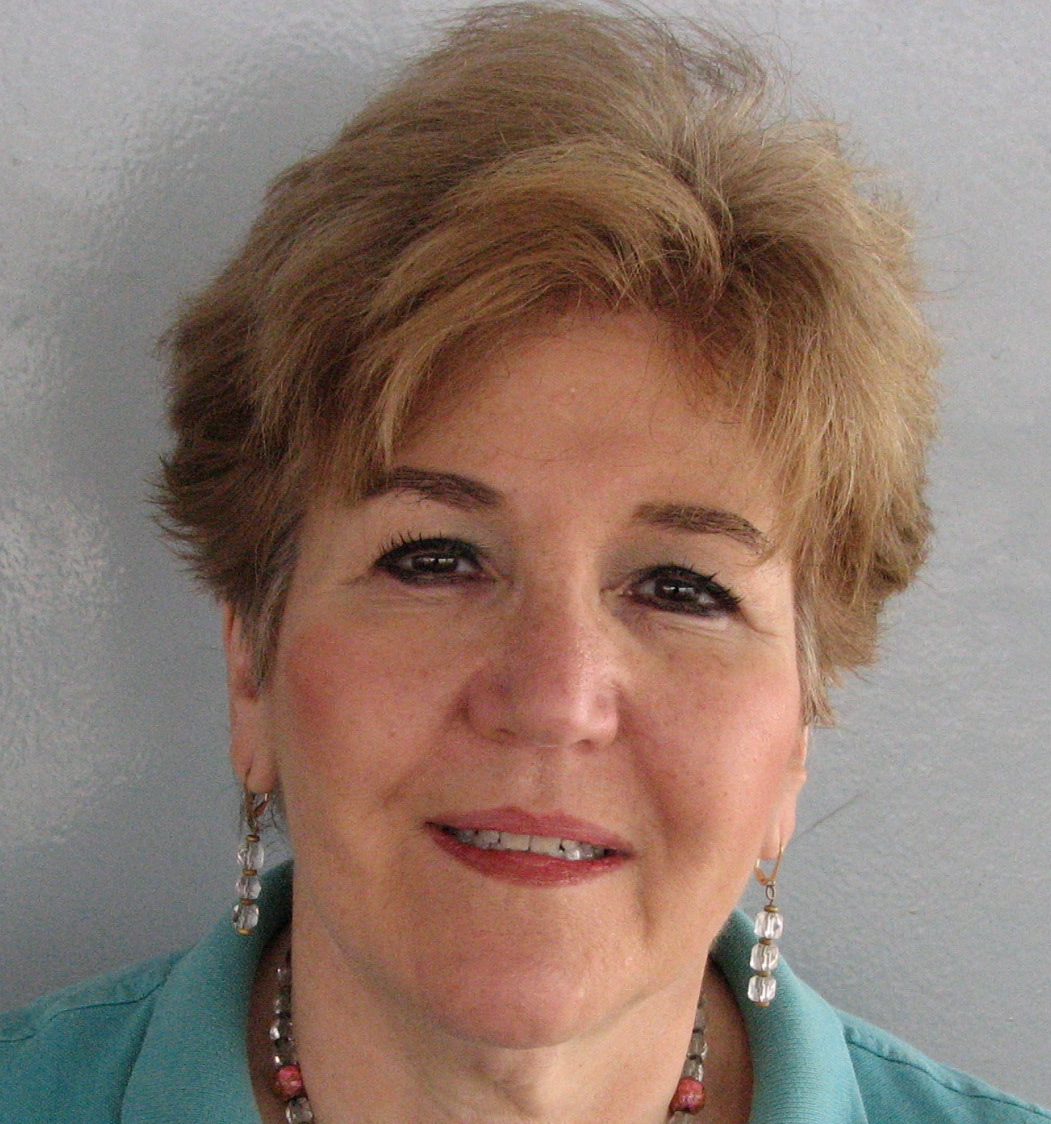 While the term "struggling" is frequently used to describe artists, "resilient,"  "resourceful" or "entrepreneurial" may be more accurate descriptions. Whatever their chosen artistic pursuit,  most artists struggle to find affordable housing or studio space while drawing on considerable inner resources to continue creating their art and maintaining other jobs to support their passion.

The pandemic created an extra challenge for Barrio Logan visual artists when it struck hard in mid-March, affecting the health and livelihoods of minority communities disproportionately.

They were already dealing with the loss of their exhibition spaces and had retreated to working and exhibiting from their personal smaller spaces.

As happened previously in other artist enclaves, including North Park and Little Italy, rising rents and gentrification hit Barrio Logan severely in the last decade, threatening to alter the character of the predominantly Mexican-Chicano culture.

These factors caused the closure of Barrio Logan's last gallery, La Bodega, in December, 2019. At one time, explained artist and muralist Mary Jhun, there were about 10 to 15 galleries in former warehouse-type spaces, but the number gradually dwindled to three or four by 2014. The loss of galleries accelerated after the city's crackdown on dangerous building code violations following the fatal Ghost Ship gallery warehouse fire in Oakland in 2016, she said.

Local residents fought back to protect their neighborhood and their culture, explained Hector Villegas, 43, a painter and Barrio Logan native who serves as president of the Barrio Logan Association.

"The city has put in policies that make it easy for developers to move in. If you're Black, Latino, Asian, you're likely to be pushed out. In every administration they open it up to developers. But the community remains underserved," he said.

What draws outsiders to Barrio Logan, he explained, is its low rents and proximity to downtown. But the newcomers usually have little interest in preserving its character.

"When you go to Chinatown you want Chinese, in Little Italy you want Italian,” Villegas said. “In this community you want Mexican. Chicano Park is the only reason (Barrio Logan) survived.”

As they did in creating the murals of Chicano Park 50 years ago, local artists have again stepped up to save their community, demonstrating their own enterprise and the barrio's essential strength amidst the pandemic, while also finding new ways to create and market their art.

Like other neighborhoods, Barrio Logan's business district closed down during the initial phases of the quarantine, but now gradually is opening up. With little foot traffic business at small shops suffered, forcing limited hours.

Yet local businesses and artists rallied, Villegas explained, securing city permits and encouraging shops and vendors to set up booths on sidewalks.

Starting in August Copal y Tierra, located at 2076 Logan Avenue, organized the Tonatiuh Walkabout, featuring artists and other vendors offering their work, plus music, food and family activities, every Saturday (12 p.m. to 5 p.m.) and Sunday afternoon (12 p.m. to 4 p.m.), stretching along Logan Avenue to the Chicano Park Herb Garden. San Diegans, along with nearby residents responded, filling the street and demonstrating the community's vibrancy.

In this lopsided economy, despite massive unemployment, artists have found an opening to sell their art, relying on social media, particularly Instagram and YouTube, as key marketing tools. With so many people working from and staying at home, those who are still employed often want to beautify their homes and are snapping up art, Jhun explained.

"One of the things that hurts me (about the pandemic) is that we didn't get to celebrate Chicano Park's 50th anniversary." ‍

A native of The Philippines, Jhun, 30, came to the U.S. as a child and found her creative outlet in art. In 2014 she found a welcoming home among the Barrio Logan artists' community, where she discovered Chicanos and Filipinos share similar values.

The pandemic, she feels, has revealed the inner strength, energy and resilience of Barrio Logan artists.

"So many artists make so much more out of a painful experience. It was the opportunity to push ourselves to use this," she explained.

"People are looking at their walls and thinking, what is it to own a piece of art? I started to notice people had money and were spending it," Jhun added that clients were eager to commission her to tell their stories through her paintings and murals.

Villegas, who planned to open his studio to other artists before the pandemic, has instead turned to private, masked showings for buyers who discovered his Mexican-Chicano-themed art through social media. Other potential buyers from outside the region have asked him to create a video of his art to help them make a selection. He's also developed a successful line of tee-shirts and hats featuring his art.

Muralist Victor Ochoa, now 72 and retired as a college teacher, considers himself "more of a public artist than a gallery artist." One of the original Chicano Park muralists  and a founder of Centro Cultural de la Raza in Balboa Park, he has overseen the restoration of the park's murals and just completed the recently-dedicated new Chicano Park mural honoring the life and death, at the hands of Border Patrol agents in 2010, of Anastasio Hernández Rojas.

Ochoa is currently restoring the murals at the Che Café at UCSD and sees new interest from businesses seeking to add murals to enhance their outdoor spaces.

"Some restaurants are opening patios and outdoor venues and adding music, such as Los Panchos in Hillcrest. They've been decorating and making a lot of improvements," he said.

Painter and muralist Carmen Linares-Kalo, 50, also sees Chicano Park as key to Barrio Logan's vitality and a source for its considerable energy. She recently completed, with the assistance of 10 other local artists, a long-planned new mural depicting the Kumeyaay Creation Story, located on a pillar at the corner of Logan Avenue and Cesar Chávez Boulevard.

"There were a lot of tears and healing. I had no idea that people would respond to it with such emotion," she explained. "One of the things that hurts me (about the pandemic) is that we didn't get to celebrate Chicano Park's 50th anniversary." ‍

Stephanie Cervantes, 33, was one of the artists who worked with Linares-Kalo on her Kumeyaay mural. Primarily an oil painter, Cervantes  grew up in Barrio Logan and found the pandemic enabled her to develop her YouTube channel, where she explores and explains her approach to art and surrealism.

These artists remain busy during the pandemic, refining and promoting their art while demonstrating the essential strength and unique character of their Barrio Logan community.

Nicole Sours Larson is a San Diego-based freelance writer. She specializes in writing about a variety of topics including food, home and garden and the arts and is a past president of the San Diego Press Club.