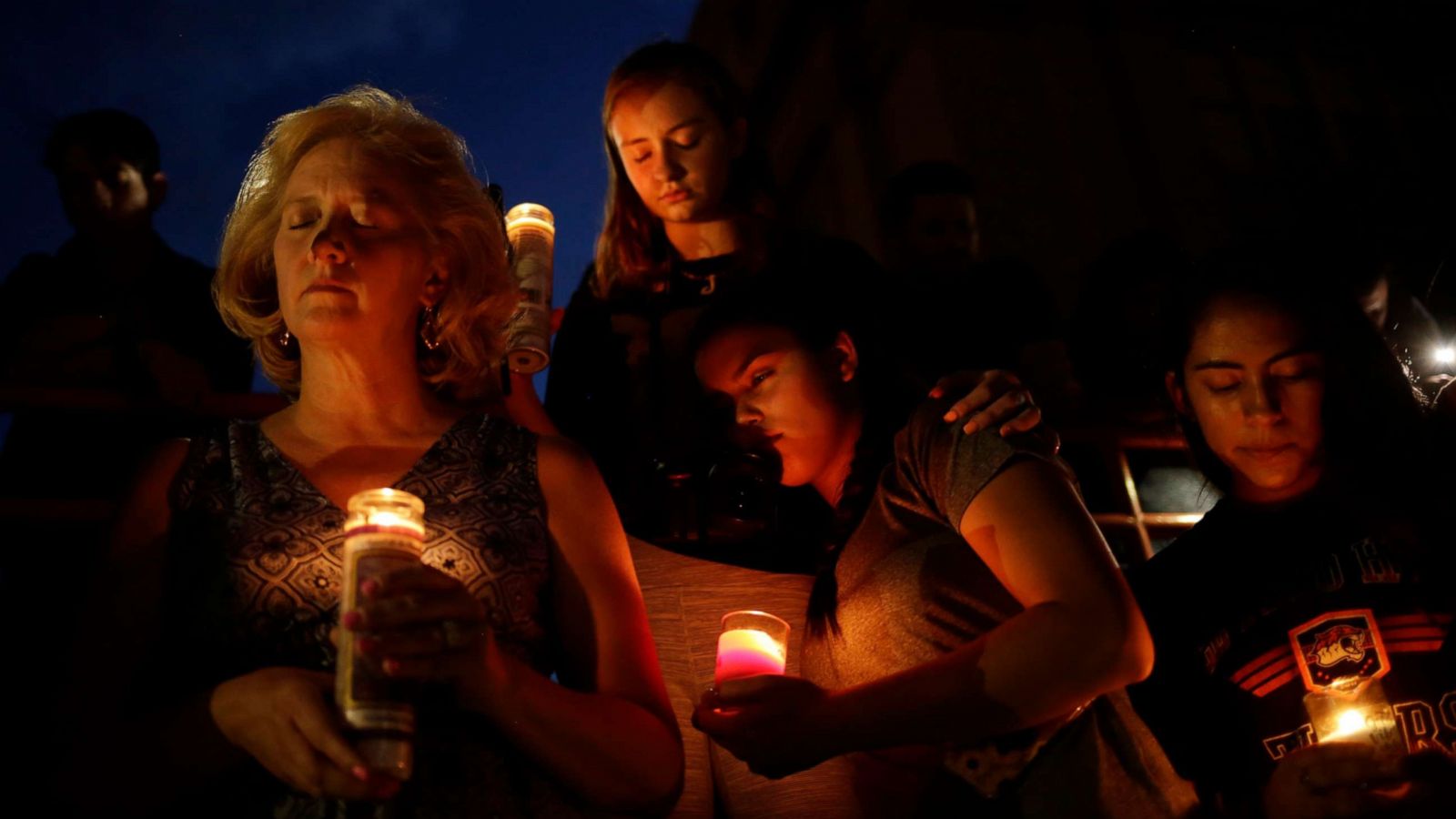 Bad Solutions and No Solutions: The Two-Party Failure on Gun Violence

Referencing events in El Paso and Dayton a week ago, the editors of The Lives of Guns, commented via Politico, “The two mass shootings this weekend have inflamed a gun-control debate that never seems to go away and never seems to get resolved.” This, of course, came only days after an incident at the Gilroy Garlic Festival in Salinas, CA.

I have long agreed with Forbes contributor Louis Woodhill, who said we have two parties:an evil party (the Democrats) and a stupid party (the Republicans), while noting on my own the Democrats are the party of bad solutions and the GOP the party of NO solutions. Both the Democrats and Trump and his current GOP followers might flip that narrative that with their approaches to immigration policies and Republicans are no longer pretending to be deficit hawks or fiscal conservatives in regard to spending.

Still, one needn’t concur with my assessment to recognize that we’ve done little to curb gun violence. The establishment’s historical failure to address affordable health care or immigration despite decades of rhetoric is how we end up with terrible policies such as Obamacare, our new draconian action at the border and constant calls for gun control. Remember, the populist wave was comprised largely of people wanting solutions and reacting to being lied to or ignored for decades.

As David Frum pointed out via the Atlantic, bad solutions are often the answer to no solutions:

We can add gun violence to the list. Public sentiment and the media mostly opine about mass shootings, which are actually statistically small but make headlines and are obviously deeply disturbing. Combining that with the reality of the other 99% of gun homicides, it makes sense that people expect the government to do something.

The latest round of two mass shootings in a 24-hour period have punctuated the often fruitless debate in a way perhaps few others could have: one in El Paso, Texas, by a racial separatist Trump supporter and the other in Dayton, Ohio, by a self-professed leftist/socialist Elizabeth Warren fan. With an ideological dichotomy, the narrative turns to the default blame on guns and white males from the left, while some on the right were more creative, focusing on video games and a lack of God in our schools.

Rehashing old rhetoric is a waste of time. The data on guns remains selectively presented by both sides, with Democrats advocating for varying degrees of more gun control, often misrepresenting what guns are used along with what is legal and what isn’t. The GOP seemingly follows in lockstep with the NRA, which has never said much beyond fighting any restrictions whatsoever.

The vast majority of Americans concur with the Supreme Court and Justice Antonin Scalia, who wrote in Heller v. D.C.,“Like most rights, the right secured by the Second Amendment is not unlimited.”Fully automatic assault rifles (not to be confused with assault "weapons") have been illegal for years and far too many people don't understand the difference, or that focusing on them shouldn’t be our top priority since the vast majority of gun homicides are committed with handguns.

A broad-based approach that addresses more than one issue (i.e. just guns) is essential, because as IVN’s Ricky Gandhi observed, “Gun violence in America consists of a plethora of socioeconomic factors that simple solutions cannot solve.”

It also makes sense to look beyond guns alone sinceAmericans do not agree on how the Second Amendment should be interpreted, including at least one retired Supreme Court justice who advocates for its repeal. There are a number of things we can and should do first and foremost before even thinking about legislation that affects law-abiding gun users. Politics is the art of the possible and focusing on that is counterproductive, not only because it neglects to address the greater set of solutions but the generic idea of gun control is far less appealing in the abstract than specific measures.

What’s important is how we deal with the conversation and look for solutions. Jonathan M. Metzl, MD, PhD and Kenneth T. MacLeish, PhD point out “Mass shootings represent national awakenings and moments when seeming political or social adversaries might come together to find common ground, whether guns are allowed, regulated, or banned. Doing so, however, means recognizing that gun crimes, mental illnesses, social networks, and gun access issues are complexly interrelated, and not reducible to simple cause and effect.”

What strategies would actually work to reduce gun deaths?

President Trump has stated that he supports “meaningful” background checks and expects both the NRA and Senate Majority Leader Mitch McConnell to get on board. While a whopping 97% of Americans support background checks (a record high all the way back in February of 2018), nothing has been done. If Republicans continue to oppose anything along these lines, they truly are more beholden to the NRA than even their own constituents.

That’s not to say this will make a large impact. Most gun crimes are committed with guns obtained illegally but there is still opportunity here. That does require a coordinated effort to share information that currently isn’t consistent. There are many examples, but most recently, the Dayton, Ohio shooter reportedly was suspended from school for having a “rape list” and a “hit list,” yet Dayton Police Chief Richard Biehl told reporters, "There's nothing in this individual's record that would have precluded him from getting these weapons."

Similarly, more than a month before Nikolas Cruz killed 17 people at a Florida high school in 2018, the FBI received a tip warning he was behaving erratically, wanted to kill people and was planning a school shooting. Social media posts confirmed his state of mind. We’ve had issues with veterans where information wasn’t made available.

Background checks won’t be effective if there isn’t coordination between authorities at the local, state and federal level in addition to the military, schools and other sources.

The vast majority of crimes are committed with guns obtained illegally, including in burglaries.

Law enforcement should be able to access information that manufacturers and dealers are legally required to keep. In Kansas City and Pittsburgh, controlled crackdowns on illegal gun activity led to huge decreases in gun crime.‍

There is no reason we can’t encourage prosecutorial discretion and sentencing to be tougher on gun crimes. This means that the only people affected will be those already convicted of committing a crime.

Estimates of how many homicides are directly related to illegal drug trafficking run as high as 50%, not to mention related property crimes. Drug suppliers settle disputes with guns rather than in court. Ending the drug war would reduce turf wars along with the incentives for murder, while and moving treatment to hospitals and rehab centers instead of prisons.

Despite both President Obama and the Koch brothers declaring prison reform to be a priority and being joined by the Justice Action Network, a coalition of ideological opposites ranging from the ACLU and NAACP to the Faith & Freedom Coalition and Americans for TaxReform, little was done during his term and nothing since.

State reforms have lowered imprisonment rates and seen a corresponding drop in crime rates while cutting costs but overall, we continue to fill already overcrowded prisons with drug addicts and give premature parole to hardened killers.

We waste billions on policies that make things worse by focusing on incarceration rather than rehabilitation, then sending them back to the streets where up to 83% of them will end up back in jail. This is a cycle that can end by focusing on rehab and violent offenders rather than hapless drug addicts.

The drug trade, prison reform, and gang intervention are closely intertwined. Gangs and gang membership mostly decreased from 1996-2003 but have since reversed course, reaching previous highs in 2012. New York saw an 8% increase in the murder rate in 2018, 64.5% in the Bronx, largely due to gangs. An estimated 30% of gun homicides and 40% of non-lethal shootings can be traced to gang activity.

While Republicans always refer to mental illness as the cause of violence, Metzl and MacLeish point out there is no consistent link between mental illness and gun violence that could predictably lead to prevention. Still, they argue“psychiatric expertise might be put to better use by enhancing US discourse about the complex anxieties, social and economic formations, and blind assumptions that make people fear each other in the first place.” Still, incidents indicating someone might be a violent psychopath need to be communicated and used in evaluating whether someone needs help and should have access to weapons.

We train kids and adults how to deal with tornadoes and hurricanes but are less consistent on how to deal with a live shooter. Most plans are centered around a lockdown strategy and much more effort should be put into how that's executed based on each individual facility. Civilians as well as security guards need strategies for dealing with an armed assailant.

Clearly there are a number of effective strategies that will have little effect on law-abiding gun owners. It’s time for Congress to think outside the box and beyond winning the next election and start worrying about what might actually save some lives. One has to wonder when there are strategies that have broad consensus and nothing happens, why we continue to elect so many of the same people.