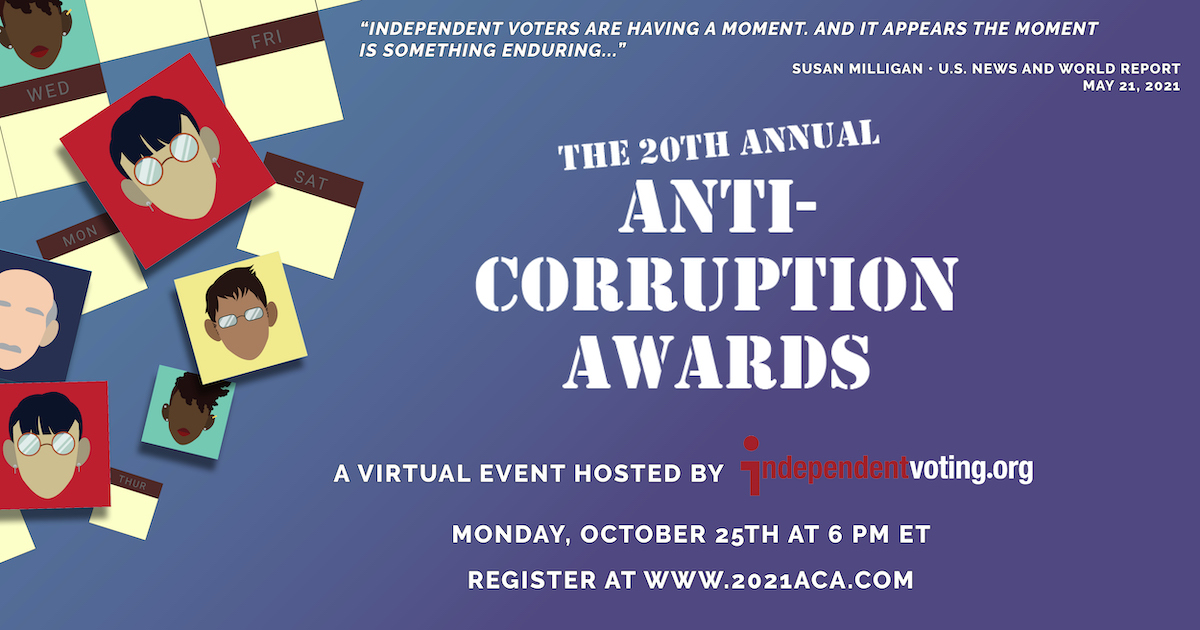 On this episode of Toppling The Duopoly, host Shawn Griffiths is joined by Cathy Stewart and Amikka Smith, who are co-hosting IndependentVoting.org's 20th Annual Anti-Corruption Awards on Monday, October 25 at 6 PM EDT. This year, Independent Voting is taking the event national by hosting a virtual event available to anyone who wants to register to attend. The awards honor individuals that span the political spectrum who are working to advance the independent voter movement. This year, the honorees include former Gehl Foods CEO Katherine Gehl, founder of the Institute for Political Innovation and leading advocate for Final Five Voting, which would implement a nonpartisan top-5 primary with ranked choice voting in the general election. The event will also honor Farhad Mohit, founder of Flipagram (which was acquired by the company behind TikTok), who started an open source platform to help independent candidates be more competitive called the Good Party, and Gaby Cardenas, Principal and CEO of the multicultural marketing firm The Colibri Collective, for the strides she has made in connecting independent voters. Cathy and Amikka promise attendees will have a good time as they learn more about the honorees and the growing independent voter movement. You can register for the event here.