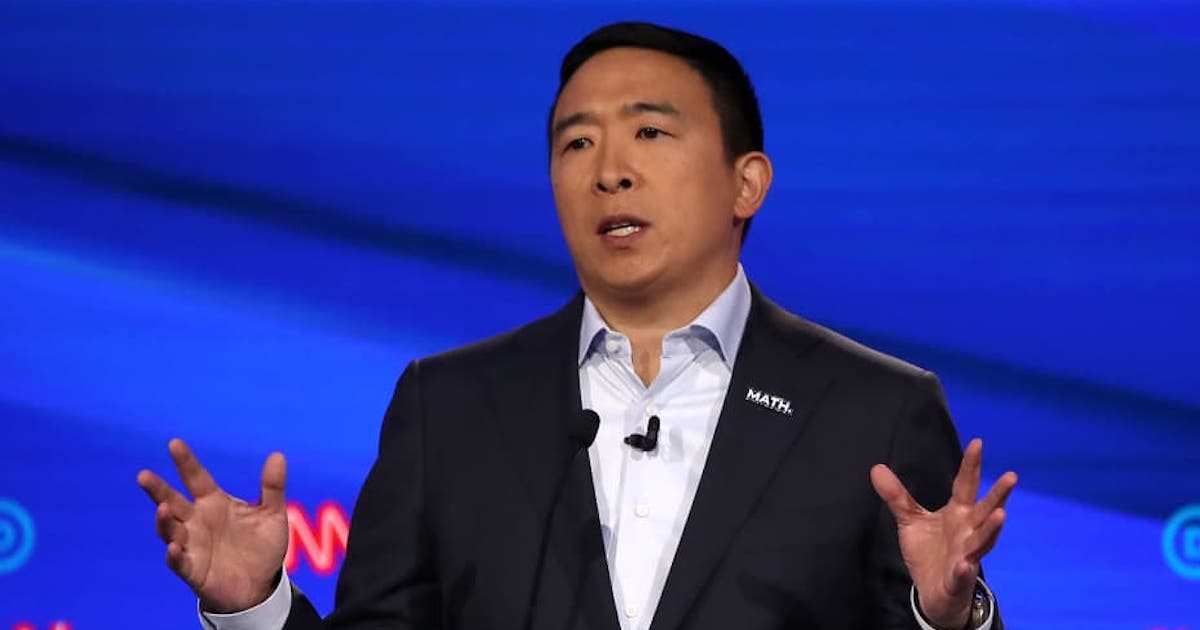 Andrew Yang: You Should Be Allowed to Vote, Regardless of Your Party

Andrew Yang was the guest of a special virtual event Wednesday hosted by Open Primaries and IndependentVoting.org’s Politics for the People book club. Yang is a former Democratic presidential candidate and the founder of the Forward Party, which prioritizes the need to reform the US electoral and political processes.

“The Forward Party movement is an inclusive popular movement you can join as a Democrat, independent, Republican, and our main mission is to fix the incentives so that our government will actually listen to us,” says Yang.

Even before forming the Forward Party, Yang joined the growing movement to change the incentives in US politics with his support of reforms like open primaries and ranked choice voting. His group prioritizes these reforms, along with others to facilitate a stronger democratic process that is responsive to growing concerns in the country.

“Our way of life is deteriorating,” Yang said during the virtual event. “We’re 28th in the world in such basic measurements as infant mortality or public education or clean drinking water.”

Yet, we are not having a conversation that looks at who is doing a better job in these areas and how can we as a country improve to raise the quality of life in the US. Neither party is asking these questions right now, says Yang. Instead, the nation gets hung up on tangential issues that target people’s ideologies.

“The core problem is we have this artificial duopoly, neither party is truly responsive to the people because they don’t have to be, there is no true competition in 90% of the country… a lot of people are checked out on politics because they know their vote doesn’t matter. And you know what? They’re correct.”

In 90% of the country, voters outside of the majority party are not heard. Candidates outside the majority party have little voice. Yang believes systemic reforms like opening the primaries to all, regardless of party, gives people in the political minority genuine presence in the electoral process, even if they don’t get their way

Denying voters an equal say in elections is a form of voter suppression that is ignored by members of the Republican and Democratic Parties. Yang says that even as Democrats condemn new laws in Republican-controlled states that they say erect barriers to voter access, closed primary rules are the biggest barrier to meaningful participation.

“Our focus should be telling folks, ‘Look, you should be able to vote regardless of your party affiliation. You should not have to jump through hoops,’” he explained.

Yang ran as a Democratic candidate for mayor of New York City in 2021. He said that while out campaigning he would be approached by people wanting to know how they could support him. When he asked if they were a registered Democrat, the response he often got was no. Yet, in New York City, voters had to register with the Democratic Party or Republican Party 4 months prior to the primary election to vote.

“I had to tell them they’re out of luck,” said Yang, “and that’s the wrong message.”

It is important to emphasize that the concept of the two-party system is made up. Parties are not mentioned in the Constitution. This is a point that was echoed by Politics for the People founder Cathy Stewart and acknowledged by Open Primaries President John Opdycke during the virtual event.

Yet, two parties have an iron grip on how elections work and who gets to vote, because they have given themselves that power over decades of manipulating election laws. This is a reality that many voters are not given an opportunity to see because of who the US political process was designed to benefit.

Two of the biggest priorities for Yang and his Forward Party is to (1) raise awareness of this reality, and (2) advance reforms like open primaries and ranked choice voting that ensure voters are not out of luck simply because they associate with one party or the other or choose not to associate with any party.

These reforms also allow for a chance at greater empathy. Better competition means we can have a system where the focus isn’t just on two warring political parties, and what divides them, but what struggles and issues we collectively face. The current system incentivizes division on the campaign trail, in legislative chambers, and in the media to make Americans seem like they are at war with each other, and more divided than they actually are. Yang wants to see that changed.

“We should not be demonizing each other or allow ourselves to be pitted against each other like enemies,” he remarked.

“As someone who ran for president, I met with thousands of Americans in different circumstances and 99% were lovely. But if you were to try to see that through the media or social media lens, you’d think that we’d get there, throw the gloves down, and spit at each other, which does not happen in real life.”

He added that is integral to the message of the Forward Party. He wants people to see each other as human beings and strip away the false media means of division.

Check out the full virtual event with Andrew Yang above. He elaborates on the purpose of the Forward Party, what he wants to accomplish, and the deep-seated issues with elections that the two parties attempt to keep swept under the rug.