The Extra Point
Up Next
...
It's Time to Drive Out Legalized, Systemic Corruption in Congress
Read More 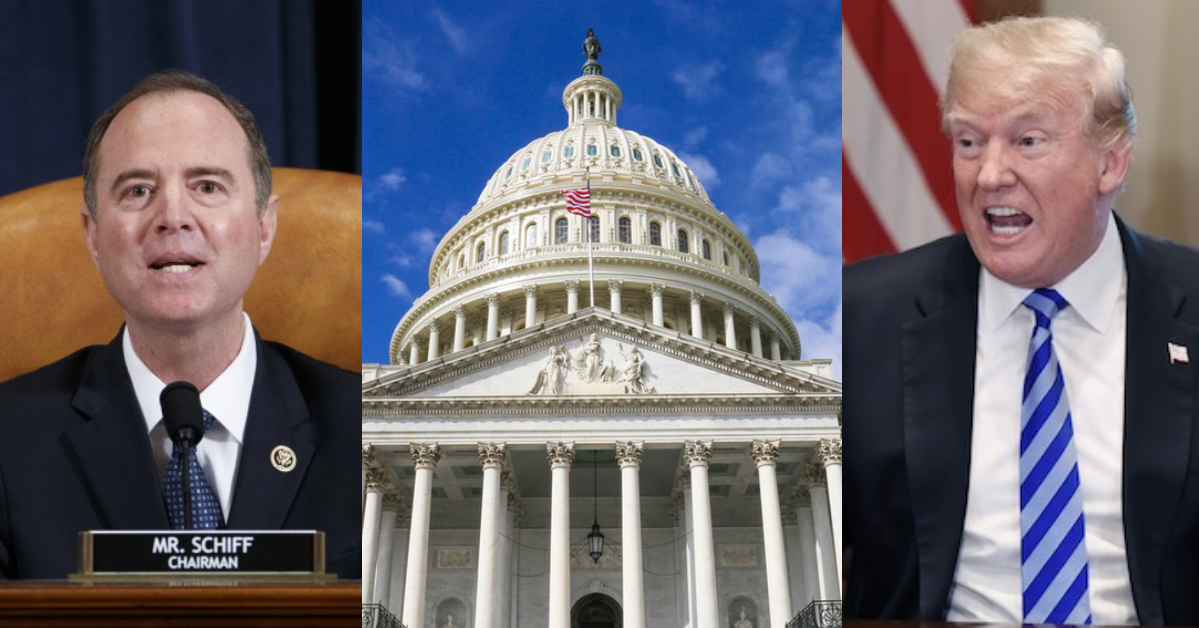 An Independent Voter Guide to The Impeachment Trial

The impeachment trial of President Donald J. Trump is underway!

And it is... intensely predictable.

This is why more and more voters are becoming independent.

What are the odds that most Americans' opinions about the certain, specific, localized actions of a few individuals, and how to legally interpret them, just happen to line up perfectly with their broad ideological and cultural commitments to an entire political party or the other?

One can imagine a parallel universe in which the president on trial were a Democrat. And be certain that nearly everyone on either side in this universe would be making the other side's arguments in the parallel universe. Fortunately for us, we don't have to imagine.

That parallel universe exists. It's called 1998.

As the House Trump impeachment inquiry headed for a trial in the upper house of Congress, Senate Majority Leader Mitch McConnell astounded Democrats by saying:

"Everything I do during this I'm coordinating with the White House counsel. There will be no difference between the president's position and our position as to how to handle this... I'm going to take my cues from the president's lawyers."

It was a complete flip flop from the approach McConnell said is required of the Senate at Bill Clinton's impeachment trial 20 years ago:

Our nation is indeed at a crossroads. Will we pursue the search for truth, or will we dodge, weave and evade the truth? I am of course referring to the investigation into serious allegations of illegal conduct by the president of the United States -- that the president has engaged in a persistent practice  of obstruction of justice. The allegations are grave, the investigation is legitimate, and ascertaining the truth, the whole truth, and nothing but the unqualified, unevasive truth is absolutely critical.

Senate Minority Leader Chuck Schumer said he was “utterly amazed” by McConnell’s statements and called it an “astounding admission of partisanship” in a speech on the Senate floor.

But Fox News later found that Schumer had completely flip flopped from his position when his own party's president had been impeached and faced a trial in the Senate. In fact, he nearly said the exact same thing Mitch McConnell did word for word. Their statements are so similar, one has to wonder if McConnell dug them up and calculated his response to bait Schumer into flip flopping:

During a 1999 appearance on CNN's "Larry King Live," Schumer – who was beginning his first term in the Senate – indicated he already had a “pre-opinion” on how he would vote in Clinton’s trial and argued that the Senate’s role was not the same as a jury’s role in a standard criminal trial.

"We have a pre-opinion," Schumer said in remarks CNN dug up recently. “This is not a criminal trial, but this is something that the Founding Fathers decided to put in a body that was susceptible to the whims of politics."

He added: “In fact, it's also not like a jury box in the sense that people will call us and lobby us. You don't have jurors called and lobbied and things like that. I mean, it's quite different than a jury. And we're also the judge."

Another issue of contention in the Senate trial is whether to call witnesses or not. Republicans say the Senate's role is to judge, not investigate. The House already did that part. Democrats are pushing for more witnesses to be called during the impeachment trial.

They would especially like to subpoena high level Trump Administration officials who ducked House subpoenas by invoking executive privilege (asserting that their testimony could harm sensitive, ongoing government operations or diplomatic matters).

The Washington Post recently called Chuck Schumer out for flip flopping on witnesses too:

For more flip flops on both sides of the aisle, check out "Impeach or not? For lawmakers that depends on the president's party." (The Los Angeles Times, Sept 26, 2019)

The House impeachment managers, led by Rep. Adam Schiff (D-CA), laid out their case that Donald Trump solicited a personal bribe from a foreign head of state, Ukrainian President Zelensky, an investigation into a political rival that would influence the 2020 U.S. election in Trump's favor.

They emphasized that by making this a condition for foreign military aid to Ukraine, Donald Trump endangered U.S. national security interests in the region:

And the prosecutors reiterated their call to the Senate to summon witnesses:

Donald Trump's defense team argued there's no direct evidence that the president broke any laws, that he had a legitimate executive interest in investigating the Bidens in Ukraine, and that this impeachment is a politically motivated attempt by Democrats to steal the 2020 election:

What will be the outcome? The Constitution requires a two-thirds majority, or 67 votes, to remove an impeached federal official from office. To achieve that majority right now, 20 Republicans would have to vote to remove their own party's president from office. You do the math.

The approach of both sides throughout the Trump impeachment trial is why more and more Americans are becoming independent voters.