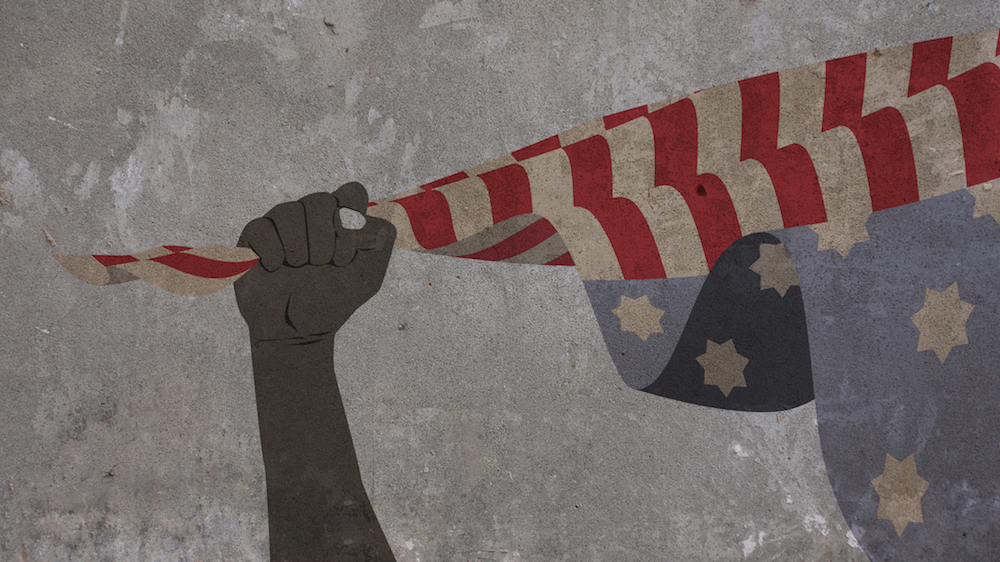 American History Is Black History: Overcoming The Politics of Division

“The establishment of democracy on the American continent was scarcely as radical a break with the (European) past as was the necessity, which Americans faced, of broadening the concept to include black men.”-  James Baldwin, "Notes of a Native Son"

From the founding onward, race has been the American fulcrum, the nexus by which the country is united or divided, with the African American community pivotal in the long struggle for a broad-based inclusive American democracy. Race and place perpetually intertwine here.

Historian Joseph J. Ellis in his book, American Dialogue, notes that, "By 1776, out of a total population of 2.5 million, 20 percent, or 500,000, were African Americans, 90 percent of whom were enslaved and living south of the Chesapeake."

In the book's preface, Ellis writes that as "Lincoln described them, the founders thought of slavery as a cancer they could not surgically remove without killing the infant American republic in the cradle."

In hindsight, the most revealing paragraph of the Declaration of Independence turns out to be one delegates to the Continental Congress deleted from the document. Thomas Jefferson had listed among the “grievances against George lll” the following:

“He has waged cruel war against human nature itself, violating its most sacred rights of life and liberty in the persons of a distant people who never offended him, captivating and carrying them into slavery in another hemisphere, or to incur miserable death in their transportation hither. … Determined to keep open market where MEN should be bought and sold, he has prostituted his negative for suppressing every legislative attempt to prohibit or to restrain this execrable commerce.”

Though not factual because George lll was in fact not responsible for imposing the slave trade on unwilling American colonists, this paragraph may have been, as suggested by Ellis, Jefferson’s attempt to lay a “political foundation for emancipation” in the document declaring America’s independence.

Of course, the inherently anti-slavery statements “all men are created equal” and the “inalienable rights to life, liberty, and the pursuit of happiness” remained in the document and have become the sacred words of the American creed. The “pursuit of happiness” replaced John Locke’s “property,” removing the sanction to the right to property in slaves.

Over the next 87 years, despite the declaration of equality and liberty, slavery not only persisted but became more entrenched as the nation grew. Ellis writes that:

"Between the American Revolution and the Civil War, the black and white populations grew at the same explosive rate, doubling every quarter century, generating a black population of slightly over 4 million in 1860."

The 4 million were enslaved.

The origins of the current political parties stem from their relationship to slavery, to the African American community, and to place. The Federalists -- such as Alexander Hamilton and John Adams -- supported a strong central government. The Anti-Federalists were led by Thomas Jefferson and evolved into the Democratic Party and the pro-slavery, agrarian states' rights tradition of the south.

The Republican Party began in 1854 in the mid-west as a coalition of anti-slavery forces, which included abolitionists, in opposition to the expansion of slavery into the Western territories.

The migration of African Americans from the south really started with slaves running away to the north. In the century after the Civil War, 6 million African Americans left the south. This was The Great Migration of Blacks leaving the Jim Crow South for urban areas in the Northeast and the Midwest, to neighborhoods that racial discrimination would turn into black ghettos in Baltimore, Chicago, Cleveland, Detroit, New York, Philadelphia, St. Louis, and Washington, D.C.

During and after the New Deal, northern urban Democratic Party candidates sought blacks' votes. However, the Democratic Party, dominant in the South, remained segregationist and anti-Civil Rights until Presidents John F. Kennedy and Lyndon B. Johnson supported federal civil rights legislation. With Johnson as president, Congress passed the Civil Rights Act in 1964 and the Voting Rights Act in 1965.

The former states of the confederacy that made up the solid Democratic South then switched to become solidly Republican. Southern whites left the Democratic Party and the Republican Party hardened into a conservative party that was mainly white.

Racial division is embedded in the party divide. Though there has long been migration across the country and between rural and urban areas, the current divide between primarily Republican rural America and mainly Democratic urban America, and the divide between red and blue states, is also a divide between white people and people of color. This divide is constricting the life out of the country. Witness the government shutdown.

To come together, we the American people have to break with the parties, and the 44% of the diverse electorate who identify as independents already have. As long as the country's politics are dominated by the parties, we the people will remain divided.

But hopeful signs are on the horizon with the passage of significant ballot initiatives outside of the party structures. In the midterm elections nonpartisan reform initiatives passed by wide margins with the support of voters in states such as Michigan, Missouri, and Colorado.

When elections allow voters to move outside of party control they are able to come together in new majorities. A moving example is Florida's recent passage of enfranchisement of the formerly incarcerated. Since 1868 Florida’s constitution has banned anyone convicted of a felony from voting. This law was established to punish recently freed slaves and was one of the Black Codes enacted in southern states after the Civil War.

In the November election more than five million Floridians voted for the initiative to enfranchise formerly incarcerated felons, this was nearly 65 percent of Florida voters and more votes than any candidate on the ballot received.

The initiative process allows voters to vote directly on policy and process issues without having to go the party route.  Unfortunately voters who do not choose to register into a political party are denied the right to vote in primaries in Florida and many other states. Such closed party primaries as well as party control of redistricting divides the electorate and insulates elected officials from public accountability.

A continuation of the struggle for equal voting rights, the battle to free our elections from the parties will be a long one.But I would argue that a Black led multi-racial exodus from the Democratic Party has already begun with a growing number of African American voters -- 30 percent according to Gallup -- now registered as independents.

Many white working class voters who supported Bernie Sanders in the 2016 election, switched to Donald Trump when Sanders was blocked from the Democratic Party nomination. Fifty percent of millennial voters, America's most racially diverse generation, do not affiliate with either party.

The substantial participation of the African American community in leading an exodus from the two-party system opens the way for all Americans to come together in a historic rebirth of American democracy so vitally needed today.