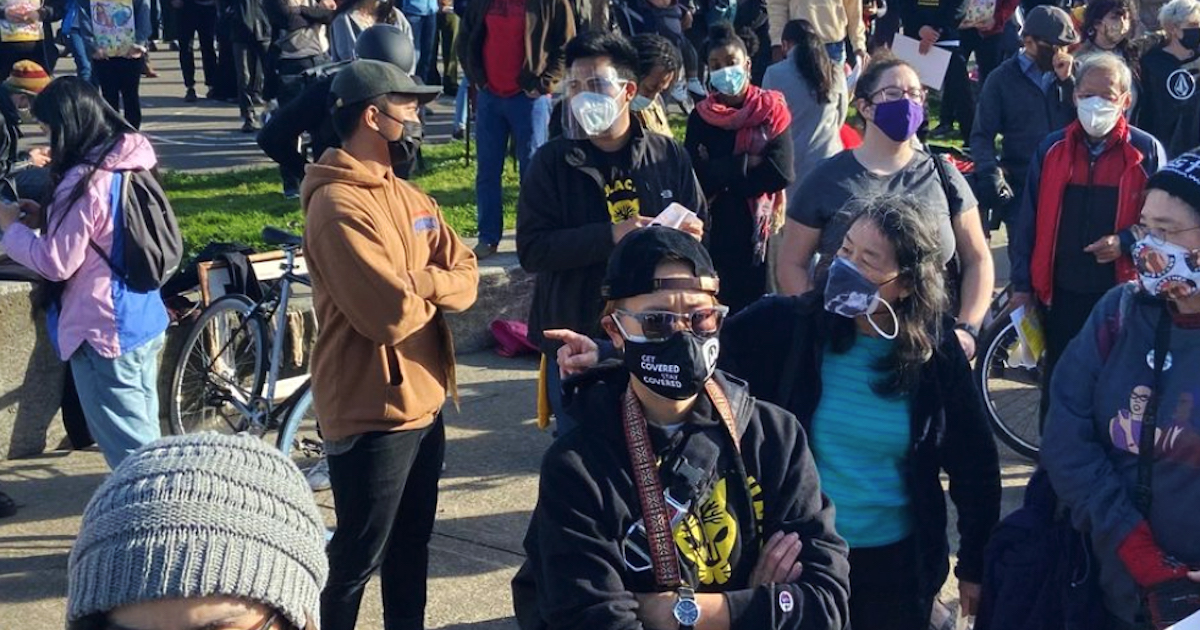 A Sad Sequel: Bigotry Against Asian-Americans Is Hardly New

On February 22, the Washington Post reported, “A spate of high-profile assaults on Asian Americans has renewed long-standing criticism from Democrats and civil rights groups that the U.S. government is vastly undercounting hate crimes, a problem that they say has grown more acute amid rising white nationalism and deepening racial strife.”

Underplaying bigotry against Asian Americans is hardly new. The only example many Americans seem willing to acknowledge is the internment program during World War II, a key anniversary of which has just passed. As Hawaii Senator Mazie Hirono tweeted On February 19, “Today marks the 79th anniversary of FDR’s Executive Order 9066 paving the way for the illegal incarceration of Japanese Americans during WWII.” Senator Hirono was referring to a declaration that effectively deemed anyone of Japanese heritage, citizen or not, an “alien,” a potential saboteur or enemy agent, who could thus have any rights guaranteed under the Constitution annulled in the name of national security. In the ensuing deportation of more than 100,000 civilians, most of them American citizens, the United States joined Fascist Italy and Nazi Germany as nations who imprisoned citizens without trial simply because of the circumstances of their birth.

But to tell the story of the stigmatizing and detention of these thousands of innocent Americans as an isolated incident, an aberration, a temporary loss of national purpose, would be to miss the point entirely. In fact, both President Roosevelt’s order and the tragic events that followed were the inevitable results of almost a century of blatant and unapologetic bigotry foisted on men, women, and children whose only offense was to have Asian or otherwise non-white forebears. The discrimination against these people was not initiated due to acts of terrorism or a rejection of the American ethos, but rather because they demonstrated a willingness to toil tirelessly for paltry recompense, absorb insult and abuse without complaint, and give up even the most meager luxury for the benefit of their children…all values that Americans claim to respect.

None of this was done in the shadows. White supremacists in the West were as open in their intent to discriminate against Asian Americans as were white supremacists in the South willing to announce their intention to discriminate against African Americans. Law after law was passed to strangle immigration, and to prevent those immigrants from Japan and China who were successful in entering the United States from becoming citizens. Further legislation then prevented Asian non-citizens from owing land, entering into real estate or commercial contracts, or enjoying Constitutional protections supposedly guaranteed to anyone who lived within America’s borders.  Children of first-generation immigrants born in the United States, granted automatic citizenship by Section 1 of the Fourteenth Amendment, were subject to other forms of discrimination designed to keep them separate from American whites, measures that the Supreme Court had deemed constitutional in Plessy v. Ferguson in 1896.

Attacks on Asian immigrants began almost immediately after the first of them arrived from China during the California Gold Rush. Chinese were required to pay confiscatory taxes, cheated out of their claims, beaten, robbed, and forced into employment with long hours and minimal pay. In the decades that followed, a series of laws was passed aimed at depriving them of even meager livelihoods. In 1875, the Page Act prohibited laborers and Chinese women from entering the United States, and then in 1882, an Exclusion Act barred the Chinese entirely while denying those in the country the right to become citizens.

But farmers and other industrialists had become used to cheap labor and, in the 1890s, the Japanese were recruited to fill the need. At first, the Japanese were thought to be culturally superior to the Chinese, but by 1900 had become subject to the same racial stereotypes.  They were said to be clannish and devious, and could never assimilate, retaining a primary loyalty to Japan rather than the United States.  There was no factual basis for any of these charges, but they were good fodder for politicians and racism sold newspapers.

Political parties competed to be the most anti-Japanese. San Francisco mayor and future California senator James Duval Phelan, one of the most cultured men in California, would campaign for re-election with the slogan “Keep America White.” Newspaper magnates V. S. McClatchy and William Randolph Hearst ran sensational stories about Japanese plans to infiltrate and then invade the American West. (In later years, Theodore Geisel, Dr. Suess, would run a series of horrifically racist cartoons showing how the Japanese intended to take over the United States.)

In the aftermath of the 1906 earthquake, with San Francisco in throes of massive political corruption, to distract from a tightening investigation, the city bosses initiated an ordinance to segregate elementary schools. Japanese students were said to be overwhelming the white population and polluting the school system. There were ninety-three in question out of 25,000 children. San Francisco’s action almost precipitated a war in the Pacific and required President Theodore Roosevelt to enter into a “gentlemen’s agreement” with Japan in which the children were let back into school in return for increased restrictions on Japanese immigration.

Under the leadership of California Attorney General Ulysses Webb, laws were passed prohibiting “aliens ineligible for citizenship” from buying or leasing land, on the grounds that the Japanese were undermining white farmers and taking over western agriculture. California comptroller John S. Chambers compared the Japanese to rodents. “Watch the gopher at work. He starts to bore into a levee, and as he progresses, he is joined by more of his kind; then, in due time, the other side of the embankment is reached, and a little stream of water passes through. As the dirt crumbles, a flow increases and unless promptly checked, the bore soon becomes a wide gap with the water rushing through and overflowing the land. That is the flood that means loss, and perhaps eventual disaster. That is exactly what is happening in the state of California today through the Japanese policy of peaceful penetration.”

All the while, groups such as the Native Sons of the Golden West, dedicated to keeping California “as it has always been and God himself intended it shall always be—the White Man’s paradise,” campaigned furiously to not only restrict the rights of Japanese Americans but to deport those already in the United States. The Native Sons membership included many of the area’s most prominent citizens, including Earl Warren, who, at the time of Pearl Harbor would be California attorney general.

After the attack, the racists were further emboldened. Although both the FBI and ONI had extensive lists of potential Japanese agents, many of whom were arrested immediately, there was extensive evidence that not only were Japanese Americans almost universally loyal to the United States, but that authorities in Japan thought them cultural traitors because they had abandoned Japan for America. One of President Roosevelt’s “private spies” had reported in November 1941, that in case of war, “there was no danger of widespread anti-American activities” from the Japanese, and that they “were in more danger from whites than the other way around.” The agent added, “The Nisei are pathetically eager to show loyalty. They are not Japanese in culture. They are foreigners to Japan.”

That and other reports proclaiming Japanese Americans’ loyalty were ignored by the officer in charge of the Western Command, General John DeWitt, an effete bureaucrat who had served in the army for more than forty years without ever commanding a combat unit. DeWitt, an ignorant, narrow-minded bigot, believed just about every outrageous transmission or rumor that came across his desk. He was convinced he needed to save the nation from loathsome foreigners who were bent on destroying it. “A Jap is a Jap,” he regularly remarked, and he would tell a subordinate, “There isn’t such a thing as a loyal Japanese, and it is just impossible to determine their loyalty by investigation—it just can't be done.”

One of the most persistent rumors was that the Japanese would launch attacks and sabotage from their homes and farms. Under Attorney General Warren’s direction, an official in each county was assigned to locate and map all Japanese-occupied land and compare it with “important installations” in the vicinity. When the survey was complete, contrived to fit predetermined conclusions, Warren forwarded the results to the army. According to Warren’s criteria, just about everyone in California lived near something that would qualify as an “important installation,” but only the Japanese were highlighted. In his transmittal, Warren concluded, “The Japanese situation as it exists in California today may well be the Achilles heel of the entire civilian defense effort.  Unless something is done, it may bring about a repetition of Pearl Harbor.”

President Roosevelt had been hesitant about issuing Executive Order 9066, but with DeWitt and Warren’s “evidence,” he felt he had no choice.  With the order, DeWitt soon began the deportation program that would prove an indelible stain on America’s honor. And so, the internment order was more endpoint than beginning.

Americans of Asian descent suffered through their version of Jim Crow and, as with African Americans, have never fully escaped its aftereffects. It is important to remember that white supremacy has more than one evil face.