Up Next
...
Kansas Legislators Propose Constitutional Vote That Would Disenfranchise Voters
Read More 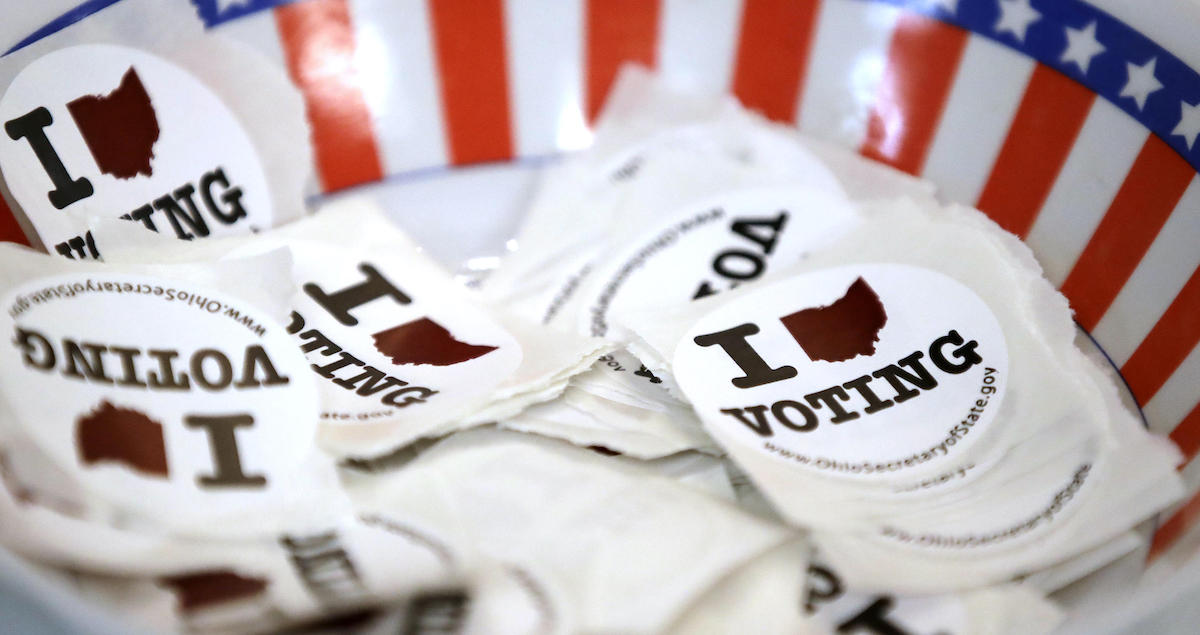 A First: Ohio Will Show Voters How Many Absentee Ballots Remain Uncounted in Election Results

Ohio will provide updates starting election night on the number of absentee ballots that haven't arrived to be counted. It's an apparent first, especially in a battleground state, that good-government experts are hailing as a smart way to help the public through the unique rhythm of this election.

The obvious benefit is to underscore that races too close to call by the end of Nov. 3 may stay that way for days — not because of anything fraudulent, as President Trump keeps asserting without evidence, but because big blocs of legitimate votes haven't been tabulated.

"This should be the rule everywhere," enthused Rick Hasen, an election law expert at the University of California, Irvine. "Great idea!"

The announcement of the expansion of election returns reporting was made Tuesday by Secretary of State Frank LaRose, the Republican who is the state's top elections official.

"There will be tens, probably hundreds of thousands of absentee ballots that are still out that we expect to come back," he said about the state of the results on election night. "We are going to report what that number is so it will be very clear to everybody that these are the results that we have so far but it's not the final results."

Under Ohio's unusual laws, mailed ballots get counted even if they arrive at county election officials 10 days after the election, but only if they're postmarked by the day before the election. Otherwise, absentee envelopes can be put in drop boxes at boards of elections until the polls close.

One in five votes in Ohio were cast remotely in the last presidential election, in line with the national average. But officials are expecting that share could double, at least, this fall because of concerns about coronavirus exposure at polling places.

LaRose has taken several other steps to smooth the absentee ballot process this year — streamlining the application, simplifying the return envelope and expanding the system for voters to get a chance to fix problems with returned ballots, such as failing to sign the back flap. He's negotiating with state officials to find $3 million in the budget to affix first class stamps on the return envelopes.

Ohio has voted for the presidential winner without fail in every election since 1964, and President Trump took its 18 electoral votes by a comfortable 8 points last time. But recent polling shows Joe Biden with a serious shot at reversing the outcome this year.