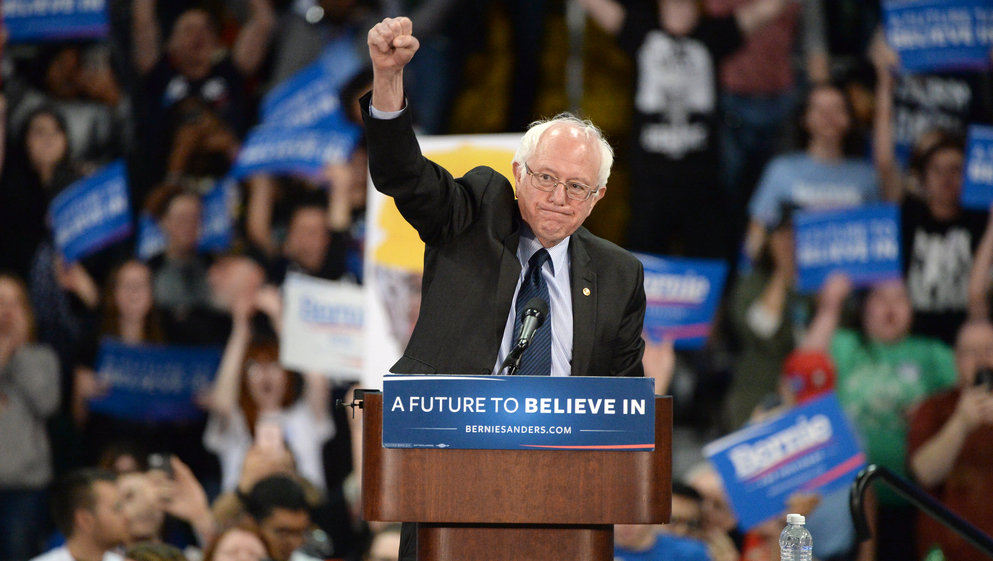 5 Reasons Bernie 2020 Is Looking All But Certain

The 2020 Democratic field is already larger than it was in 2008. So far, 11 Democrats have launched or formally announced their intentions to launch a presidential bid, and more are expected in the coming weeks and months.

One of the biggest names many are still waiting on, however, is US Sen. Bernie Sanders (I-Vt.) Is Bernie 2020 going to happen? The answer could come very soon.

Here are some things to look at:

1. Sanders and Biden Lead in the Polls

A Morning Consultant poll released Tuesday shows Sanders and Biden leading the crowded field not only nationwide, but in early primary states, which will be crucial to building the momentum they need to secure the Democratic nomination.

In a crowded field, what Sanders will be looking at is, does he have a path to victory in 2020 in a competitive, crowded field of candidates? Well, there is a development in Iowa and a potential development in New Hampshire that could persuade him to launch Bernie 2020.

Iowa Democrats have announced significant changes to their first-in-the-nation caucus, and these changes could be beneficial to a Bernie 2020 campaign:

The in-person caucus will look very similar to previous years.

Ranked choice voting will change the landscape of this caucus, especially in such a crowded field where everyone is vying for delegates.

The use of RCV in a caucus is particularly interesting. Voters will rank up to 5 candidates. If all candidates reach the 15% viability threshold (meaning they must reach 15% support to get any delegates), then the process is done. Since this is highly unlikely, one or more additional rounds of tabulation will occur with the last place candidate eliminated before each round until only the "viable" candidates remain.

[pullout_blockquote quote="Ranked choice voting will change the landscape of this caucus, especially in such a crowded field..." author=""]

Most voters will be represented by their first choice, but those who aren't will still  get a candidate they like.

Here is the thing: The "virtual caucus" will only decide 1o% of the delegates no matter how many voters participate, so despite voters' general preference for absentee options, the voters who show up in-person will decide which candidates get the most delegates.

Still, this has the potential of shaking up the Iowa Caucus in a significant way, and is certainly something a candidate with broad appeal, like Bernie Sanders, may consider as he makes up his mind about a 2020 bid.

Iowa is not alone though. A bill in the New Hampshire legislature would implement ranked choice for the presidential primary, which would have a greater impact on the final result.

RCV in New Hampshire would determine which candidate has the strongest support among all Democratic primary voters -- a system in which a candidate with broad appeal, but would be a voters' second or third choice, could benefit greatly from.

A committee vote on the bill is scheduled for Wednesday, February 13.

It is also important to note that Bernie Sanders won the New Hampshire primary in 2016 in a less crowded field, so he does have strong support already in the state.

Bernie Sanders' popularity in the 2016 presidential primary was significantly boosted by his support among independent voters, who make up an expanding segment of the voting population. Their impact was felt not only in the primaries, but in the general election as well.

The results of the 2016 election indicate that many voters want a candidate who offers something different from the partisan status quo. The two candidates that stood out the most as anti-DC establishment then were Sanders and President Donald Trump.

What many of these voters are looking for hasn't changed. Several of our own readers participated in a recent IVN survey and told us which candidates they prefer going into the 2020 election. Survey takers used what is called an approval voting method, meaning they could select as many candidates as they wanted.

Guess which candidate got the highest approval vote of all candidates in the survey? Bernie Sanders with 40%.

In full disclosure, this survey was not a scientific survey. It is not reflective of the 42% of the voting population that self-identifies as independent. However, it does show that many voters are still feeling the bern going into a new presidential election cycle.

4. Sanders Is Leading the Pack in Small-Dollar Donors

What has become a significant case for any candidate considering running for president is how well they do with small donors, particularly in the Democratic field as more candidates swear off PAC money and donations from corporations and special interests.

The New York Times reports that Bernie Sanders would launch his campaign with 2.1 million online donors. This donor base, according to the report, is approximately the same size as the rest of the Democratic field combined.

Bernie Sanders maintains two Twitter accounts -- one as a senator and one from his 2016 presidential election. He has kept both accounts active and his @BernieSanders account looks like he never left the presidential campaign trail:

And those are just a few examples.

Sanders may continue to hold off on an official announcement for weeks, maybe even months. He has the name recognition now, the donor base, and the media capital to not rush into 2020 as so many other candidates have.

Will he enter the race? We will see, but indicators are pointing more and more to the likelihood that he will.