Up Next
...
Who is to Blame for Violence in Lithuania?
Read More 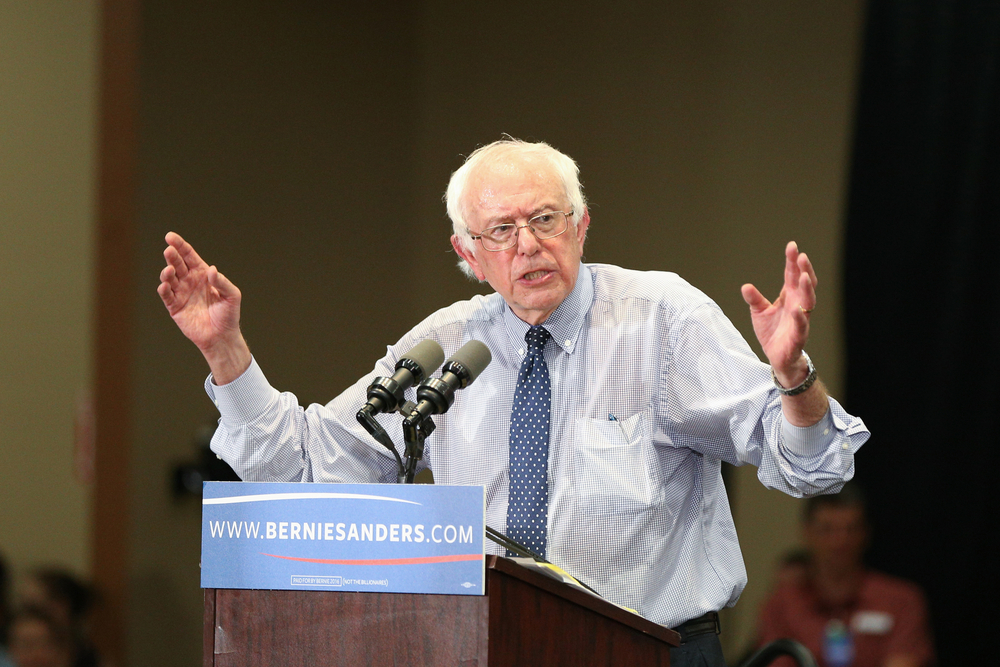 Bernie Sanders has officially announced his intentions to run in 2020 for the presidential nomination.

Sanders enters the race with a number of advantages. As I previously reported, his donor file is exponentially larger than the rest of the Democratic field. He was able to use that donor file to raise more than a million dollars in less than 4 hours.

Bernie also leads the pack of announced candidates in the polls. The only politician who is able poll higher than Sanders among Democratic primary voters is Joe Biden, and he has yet to announce his intentions for the 2020 election.

Bernie also has an advantage among independent voters, a crucial voting bloc in both the primaries AND the general election. This will be critical to his argument that he has the best chance in November 2020 because independent voters will decide the election.

He has the donor base. He has the support. He has the media capital. He has one of the best chances of securing the nomination -- if, that is, party leaders do not interfere this time.

The DNC has not changed its ways much from the 2016 election. They adopted a number of rules in August that could potentially derail the candidacy of someone who does not stay in the lane the establishment wants, which could mean Bernie Sanders.

Per the recommendation of the DNC bylaws committee, the party adopted a new rule that essentially allows party leaders to bar any candidate from seeking the nomination if the candidate hasn't displayed unconditional loyalty and faithfulness to the party.

Call it a purity test. Call it a loyalty oath. It's a card party leaders hold to derail any campaign they want. This puts a capital "I" independent like Bernie and a party renegade like Tulsi Gabbard at risk.

Nick Braña, who served as the national outreach coordinator for Bernie Sanders' 2016 presidential campaign, wrote for IVN in June 2018 that "the new rule forces presidential candidates to pledge their loyalty to the party upon declaring their candidacy."

"It grants a single individual, the DNC chair, sole discretion to strike anti-establishment candidates from the ballot if the chair determines that the candidate’s record of “public writings and/or public statements” do not “affirmatively demonstrate that they are faithful to the interests, welfare and success of the Democratic Party of the United States.”

Bernie Sanders showed his loyalty to the party's nominee in 2016 when he immediately endorsed Hillary Clinton after the convention. But that doesn't mean the party will reciprocate that loyalty, even as Sanders remains a prominent voice in anti-Trump efforts.

2. The Preservation of Joint Fundraising Agreements

In the early days of November 2017, former interim DNC Chair Donna Brazile wrote a scathing expose that accompanied a book release discussing the corrupt inner workings of the DNC. One of the biggest examples of this corruption was how the party used joint fundraising agreements in the 2016 election.

The agreements used essentially gave the single establishment candidate control of the party -- including its leadership, its fundraising, and how money to fund the party would be allocated. The Hillary Clinton campaign was allowed to essentially launder money through local and state parties to fund the campaign.

‘Right around the time of the convention, the leaked emails revealed Hillary’s campaign was grabbing money from the state parties for its own purposes, leaving the states with very little to support down-ballot races. A Politico story published on May 2, 2016, described the big fund-raising vehicle she had launched through the states the summer before, quoting a vow she had made to rebuild “the party from the ground up … when our state parties are strong, we win. That’s what will happen.”

Yet the states kept less than half of 1 percent of the $82 million they had amassed from the extravagant fund-raisers Hillary’s campaign was holding, just as Gary had described to me when he and I talked in August. When the Politico story described this arrangement as “essentially … money laundering” for the Clinton campaign, Hillary’s people were outraged at being accused of doing something shady. Bernie’s people were angry for their own reasons, saying this was part of a calculated strategy to throw the nomination to Hillary.’

The party has done nothing to ensure such agreements will not happen again in future presidential elections.

In fact, the party has preserved their use, meaning we will more than likely see similar agreements made ahead of the 2020 primary season -- agreements that explicitly favor establishment candidates, and could leave Bernie once again at a major disadvantage.

The rule change was broadly covered in the media, and celebrated by some as a major step in the right direction. But here's the thing: party leaders and rule-makers reserve the right to force a second ballot. There is nothing in the bylaws that prevents this from happening.

Now, there is little historical evidence to support a claim that the superdelegates have ever decided the Democratic nominee at the convention. However, superdelegates generate a perception that can affect enthusiasm, turnout, and support among primary voters.

Bernie Sanders won the first=in-the-nation primary in 2016, a major victory for a long-shot candidate who at the time did not have the same political and media capital that he enjoys today -- and he won by a landslide.

Yet, on paper, Clinton left the Granite State with just one fewer delegate than Sanders when unpledged (i.e. superdelegates) were added. All of a sudden, there were many voters who felt disenchanted with the entire process and felt like there was nothing they could do to help their candidate get the nomination

And those delegate counts will look the same when the media reports on the primary and caucus results in 2020.

Many voters called on the DNC to officially support broader use of open primaries, allowing independent voters -- who make up a considerable chunk of registered voters -- to voice their preferences in the Democratic nomination process.

After all, presidential primaries are not like other primary elections. Voters are not electing the nominee. They are expressing their preferences for who they want the nominee to be, and delegates elect the nominee at the party's national convention.

The DNC bylaws committee dismissed this recommendation completely, preferring to keep the tent closed to the most party faithful. This, along with other voter restrictions, will likely produce the same broad confusion we saw in states like New York and Arizona.

The party hasn't learned anything from the last presidential election. It is independent voters who decide presidential elections, and if these voters feel like their voice is not welcomed or valued by a party, what incentive do they have to vote for that party's nominee?

That is not to say that only the Democratic Party is guilty of this. However, think about how many voters do not participate in presidential elections. It is not out of apathy. It is disenfranchisement. And we tend to see a significant boost in turnout only when there is a candidate offering to change the partisan status quo.

It's possible that the Democratic Party will not use its power over the process to derail Bernie Sanders this time around. But voters need to understand one important thing: This is a system that benefits party bosses and the players who have the most political and financial investment in the parties.

If those interests don't want a candidate, they will do everything in their power to crush that candidate, no matter what voters want. We saw it in 2016. Will we see it again in 2020?