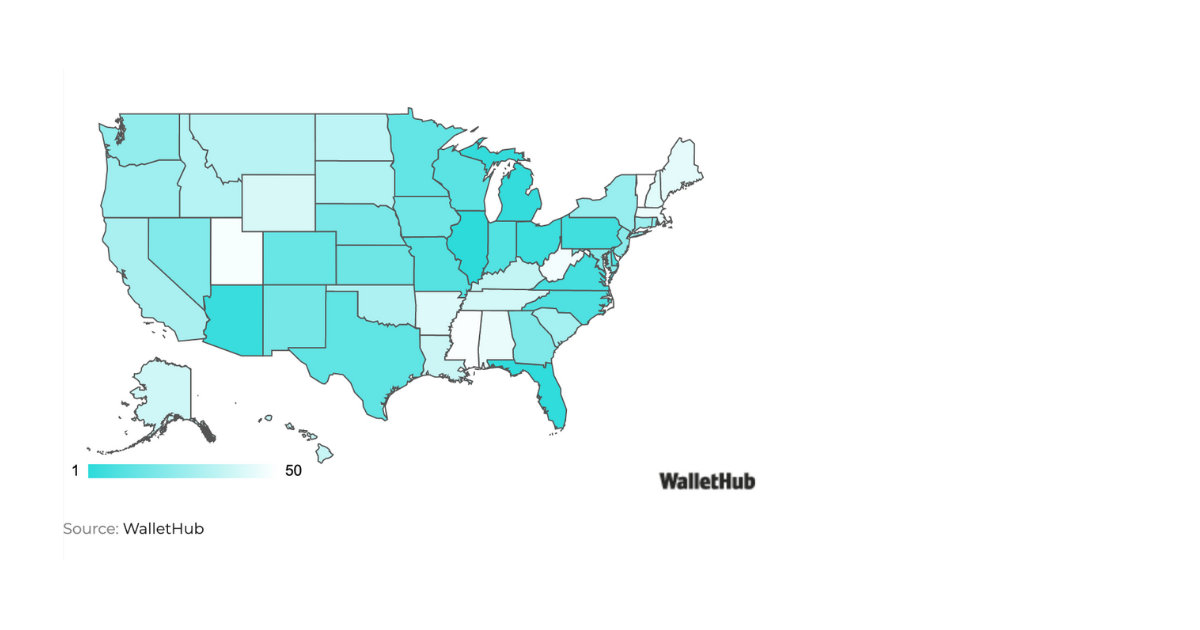 10 States Where Party Planners Can Host (and Avoid) Representative Primaries

Illinois should host the first presidential primaries if the goal is to pick a state that most closely matches the demographics of the country.

And Vermont, the home state of Democratic front-runner Bernie Sanders, should have minimal influence over the process because its makeup is least similar to the entire United States — meaning the results from that state would be hardly at all predictive of the nation's views.

Those are among the conclusions out Thursday from the personal financial services website Wallet Hub, which has been churning out a series of reports this winter hoping to point political leaders toward helpful data for picking candidates in a more democratically sustainable way.

Once again this year, the Democratic Party has taken heat for its decision to hold its first two contests in a pair of states with abnormally high shares of white voters. But Wallet Hub expects the parties want to look beyond racial makeup if they're in search of places to hold potentially dispositive contests in 2024 and beyond.

And so they compiled and weighted an enormous amount of data about the demographics, economies, education levels, religious affiliations, and partisan and public policy attitudes of all 50 states.

Turns out, Iowa is an 89 percent match with the country — a good if not great No. 17 on the national list, highest among the four early voting states. But only seven states are less of a national mirror than New Hampshire, at 82 percent.

Nevada and South Carolina, which will vote on Saturday, are near the middle — but South Carolina, as its leaders have advertised for decades, does have the third highest level of political engagement among Africa-Americans by Wallet Hub's calculus.

Unsurprisingly, seven states that are expected to be contested by both parties in the November presidential election end up among the 10 that are the closest match for the country, according to what the company has labeled its 2020 Electorate Representation Index:

Also unsurprisingly, only two of the 10 states least representative of the entire United States (New Hampshire and Maine) are at all competitive in the general election. Six of the rest can reliably be colored bright red now on the Electoral College map: