What is Ballot Harvesting?

SAN DIEGO, CALIF. - Questions are being asked about the term "ballot harvesting" and its impacts on the California election.

Ballot harvesting was used for the first time in November, and has clearly been advantageous to Democrats. This week, a seventh GOP-held congressional seat flipped to the Democrats, leaving Republicans controlling just seven of California’s 53 House districts.

The "minor" change was implemented when Gov. Jerry Brown signed the changes in AB1921 into law two years ago.

Here's what it changed:

In the past, California allowed only relatives or those living in the same household to drop off mail ballots for another voter.

Ballot harvesting allows anyone, even a paid political campaign worker, to collect and return ballots — “harvesting” them.

Assemblywoman Lorena Gonzalez (D-San Diego), who authored the bill, proclaimed it was just a public service. She reinforced that the old rules, “simply provided yet another obstacle for individuals attempting to vote.”

The chairman of the county Republican Party, Fred Whitaker, said:

“...the number of Election Day vote-by-mail dropoffs was unprecedented — over 250,000, this is a direct result of ballot harvesting allowed under California law for the first time. That directly caused the switch from being ahead on election night to losing two weeks later.”

Katie Merrill, a Democratic consultant noted, “We beat Republicans on the ground, fair and square, many of the field plans included (ballot harvesting) as an option to deliver voters or their ballots” to the polls.

Some Republicans have noted "admiration" for how well the ballot harvesting plan worked; others have said it opens the state up to voter fraud.

Ryan said, "We were only down 26 seats the night of the election and three weeks later, we lost basically every California race,’’ Ryan said Thursday. “This election system they have — I can’t begin to understand what ‘ballot harvesting’ is.”

Padilla, a Democrat who oversees the elections process said, “our elections in California are structured so that every eligible citizen can easily register, and every registered voter can easily cast their ballot.”

In addition to ballot harvesting, California instituted the Motor Voter program, which brought another hundreds of thousands of voters onto the rolls. Padilla and Gonzalez, who also authored that bill, acknowledged issues with the program.

Interesting to Note: Ballotpedia Lists Ballot Harvesting as a Type of Voter Fraud

In August, a federal judge in Arizona upheld the ballot harvesting ban in Arizona. HB 2023 makes it a felony for anyone other than a family member, caretaker or postal worker to collect another person’s ballot and turn it in to election officials.

Supporters of the measure defend it as a safeguard against potential ballot tampering. 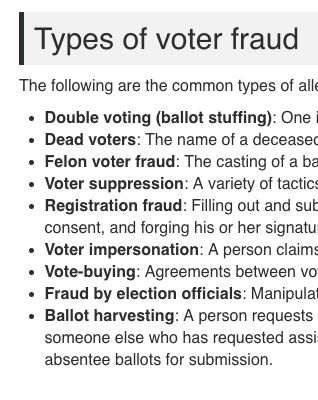 What do you think? Does ballot harvesting help voter participation and the democratic process? Or does it open up the voting process to fraud? Discuss in the comment section.