10 Values That Make You An American

Recently in my political science class, my professor started out the lecture by asking: “What makes a person an American citizen?” Besides a few orthodox answers regarding citizenship (green-card, documents and territory), there were an overwhelming amount of answers mentioning “experiences” and “values.”

Not races. Not language. Not origins.

Regardless of our differences, living in the land of freedom and pursuing the American Dream is what ties us together. No matter what language we speak, which ethnicity we are, we share the pain of September 11, 2001, we sympathize with the victims of the Boston Bombing, we share and help each other in times of need. Side by side, we fight together against financial corruption to protect our common wealth. This understanding and non-discriminatory empathy connects us with one another in this diverse nation -- The United State of America.

Having lived in the U.S. for over 2 years as a foreign student, here is my list with the top 10 values that make you an American:

Being an American is being a respectful, unique individual entitled to independence and privacy. Americans think outside the box, they shy away from mainstream thinking, and speak for themselves!

“We hold these truths to be self-evident, that all men are created equal.” Being an American is being treated equally regardless of race, social class, or wealth.

Given all of the financial corruption and embezzlement scandals, materialism is no longer an ideal. However, historically, materialism used to represent the ultimate optimistic, forward thinking of the American people. It signifies the American Dream of transforming one’s life out through hard work and wealth accumulation.

In no where else in the world would you be able to experience such a diverse and intercultural environment like in the U.S. Being an American is being able to see a piece of Chinese, Vietnamese, Mexican, or Persian culture by simply looking over your shoulder, talking to a neighbor, or trying out a new restaurant. To be an American is to immerse oneself in, accept, and respect word cultures.

From my foreign perspective, in contrast to the popular prejudice against American materialism, the U.S. is home to countless nonprofit and charitable organizations. I was surprised at the number of charity events and environmental awareness campaigns being held and advertised throughout the U.S.

American people don’t take things for granted and they don’t take no for an answer! It is the endless thirst for knowledge and relentless motivation to solve problems that make Americans unstoppable.

Being an American is being productive. American people possess strong work ethic. They work hard not for recognition, but for the sake of their company. One’s company is one’s community upon which he or she establishes his or her social position.

To be an American is to be adventurous and to appreciate every moment of your life. Because Americans live by the motto “You Only Live Once” (#YOLO), they have the initiative to explore life on the other side of the earth. This again comes back to the curiosity and the constant urge to learn.

To be an American is to be real and to respect democracy. It is being able to speak the truth, to confront mistakes and learn from it. Not many of us can confidently say we are satisfied with the current government. However, American people don’t listen to falsehood; they're involved, they fight to correct the system, and they will never stop until the problems are resolved. That is the American patriot! 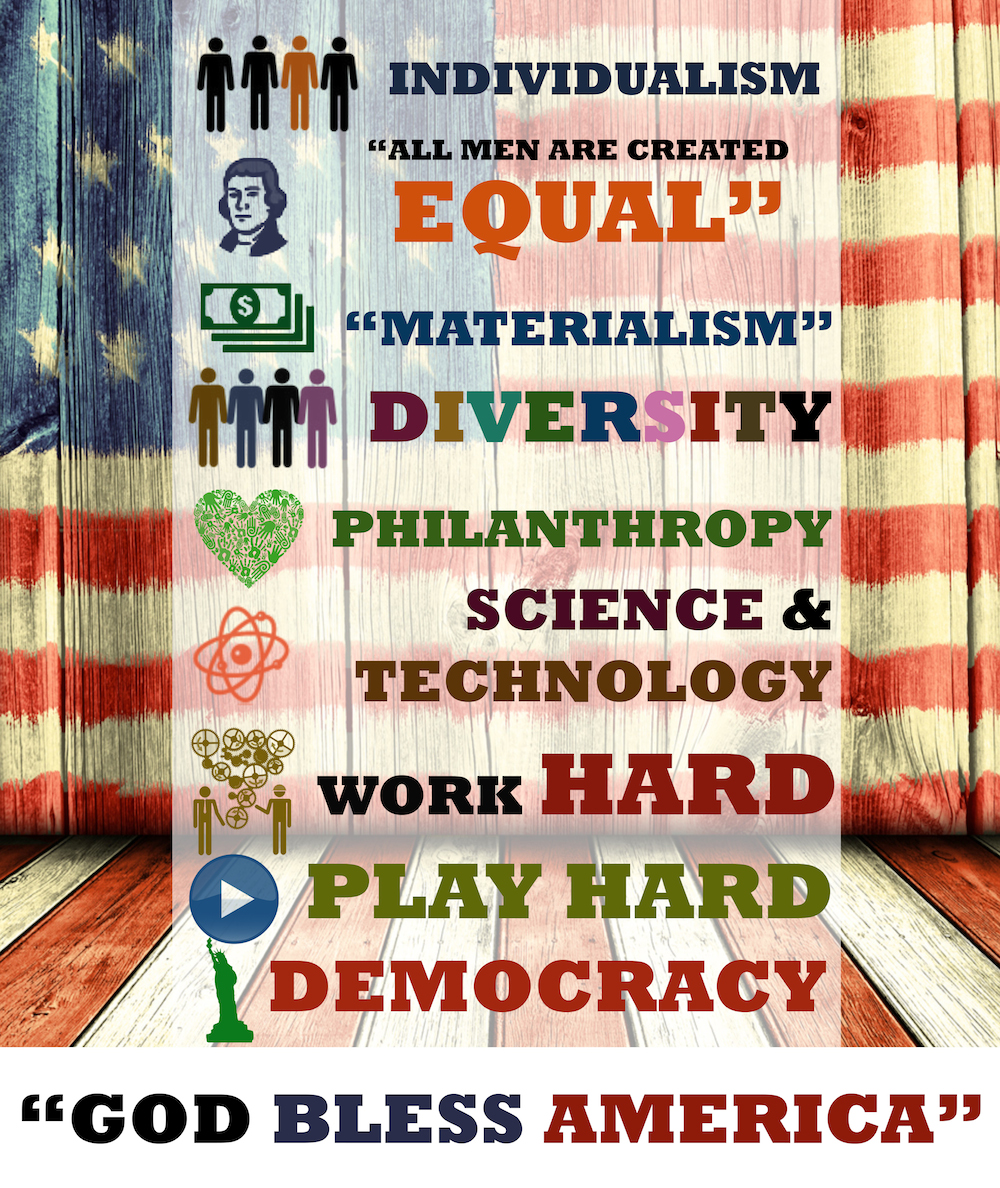 10. To be an American is to embody this line: “God Bless America!”

Do you relate to any of these? Welcome to America!

University of California, San Diego. Michael is a hard-working, enthusiastic and passionate social media and marketing intern, an ambitious and dedicated future businessman who adhere to a greater picture of business that is not only committed to generating profit but also to devoted to creating social differences. His favorite quote is “The way to be irreplaceable is to become a social innovator. Start projects that motivate you to save the world and simultaneously make you money (and create mindshare) for your company. Social innovation makes magic happen.”