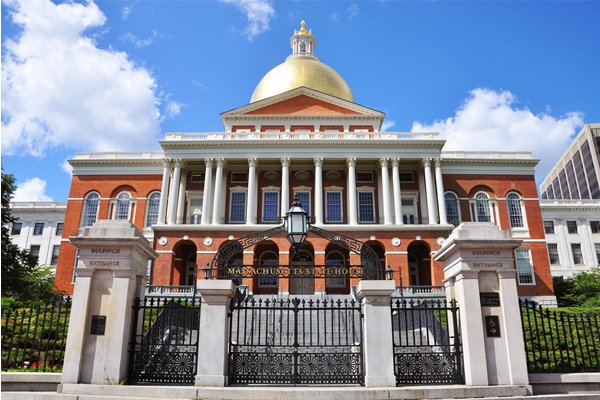 While Massachusetts is known to be one of the most independent states in the country, with 53 percent of its registered voters listed as unaffiliated, its campaign finance laws are some of the most skewed.

Under Massachusetts law, in order to be recognized as an official political party, 3 percent or more of the vote in an election for statewide office must be received, or 1 percent of the registered voters in the state must be enrolled as members of that party. The status lasts until the next election year or registered voter count.

“The most recent version of this structure was put in place by Romney and the Democratic legislature. It was a bipartisan legislation that created this structure,” said Evan Falchuk, gubernatorial candidate running under the newly formed United Independent Party. “We like to think about the two parties having a hard time agreeing on things, but this is a situation where they agree.”

The Republican and Democratic Party can currently receive citizen donations of up to $5,000 to their state account and $10,000 to their federal account, per person per year after the party's primary. All other third party political designations, aside from independents who aren't represented by a party, are allowed to receive $500. Individual candidates, regardless of political affiliation, can receive up to $500 in donations per year per person.

Because independent candidates choose to not affiliate with a party at all, they are only allowed to receive $500 per person per year and regardless of vote percentage for an independent, under current law, they will never be allowed the same donation limits as they would if backed by a party.

Not only can the two officially recognized parties receive exorbitantly higher donation amounts than other political designations are allowed, but official party status also permits the Republican and Democratic Party to give an unlimited amount of “in-kind” contributions to a candidate whereas third party designations can't. In-kind contributions are considered to be something of value other than money and could be used for paying for advertisements, consultant fees, candidate committee member's rent, canvasing, or any kind of bill.

Considering that the candidate who spends the most money on a campaign usually wins the election, campaign finance laws that unfairly favor certain political groups over others can have detrimental effects on a candidate's ability to get elected.

But, according to an anonymous source at the Massachusetts Office of Campaign & Political Finance, it's more about the law than fairness:

While it may seem difficult to get more than three percent of the vote with such campaign finance laws on the books, it's happened before. The Green Party received official party status in 2000 after the Nader-LaDuke presidential ticket received more than six percent of the vote and maintained it until 2004. They received it again in 2006, and in 2010, when Mark Miller, running for state legislature, received 45 percent of the vote before losing it once more in 2012.

“These campaign finance laws, yes it's a bad thing as a symptom of what's wrong with our democracy,” said Falchuk, “but as far as something that can hold back the tide of independent voters wanting to reclaim a level of sensible government, it can't stop it.”