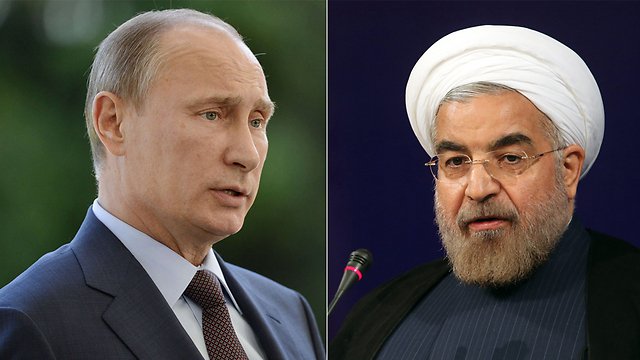 Revolutions! Coups! Internal and multinational tension! Economic sanctions! Chemical weapons! Russian ally! Many of these terms can describe the goings-on in any number of Middle Eastern nations, but they all apply to Iran, the regional superpower. Unfortunately, Russia is planning on selling weapons to Iran as leverage for the U.S. not to strike Syria.

Secretary of State John Kerry will meet with Russian Foreign Minister Sergey Lavrov in Geneva to discuss plans on placing Syria’s abundant chemical weapons stockpile under international control. Meanwhile, Russian President Vladimir Putin will meet with the newly elected Iranian President Hassan Rouhani in Kyrgyzstan on Friday to discuss restarting a Russia-Iran arms deal that will send S-300VM missiles to Iran. The weapons sale was put on hold by then-Russian President Medvedev, but Iran was suing Russia in international court. Either Russia pays Iran $4 billion to settle or go through with the arms deal. A possible ulterior motive for restarting the sale could be to use as leverage to ensure the U.S. does not strike Syria.

“If the war party prevails in the US. . . I would consider it absolutely justified to (take) more serious measures, including increasing the supply of defensive weapons to Iran and changing the terms of our cooperation with the US on Afghanistan, particularly transit conditions."

Russia is the primary superpower holding the United States back on Syria. Their ties to Syria are already well established by the media, but they are also a big trading partner with Iran, Syria’s other ally. Now, Iran is allegedly threatening to strike the U.S. embassy in Baghdad and possibly a direct strike against Israel…by ordering Shiite Iraqi militias what to do. As Syria’s main ally, Iran would protect their alliance through proxy-military strikes with weapons originating from Russia.

While Russia is negotiating with the U.S., they are also prepared to supply Iran with these weapons. For Obama, the most logical alternative to striking Syria would be to work out a diplomatic plan with the Russian government while ensuring Iran does not complicate an already unstable relationship.

If the U.S. were to strike Syria, Iran will likely back Syria with Russian weapons. Despite revelations of a possible diplomatic solution to disarm Syria’s chemical weapons with Russian support, Russia is possibly attempting to sell a sophisticated missile defense system to the Iranian military.

This is another reason why the U.S. should not strike Syria. It would be similar to the Cuban-Missile Crisis. Iran—and Syria by extension—would parallel Cuba while the Russians are still delivering the weapons. Instead of an embargo on Cuba, the U.S. imposed Sanctions on Iran. There was never a full-blown military strike then and there should not be one now.

One of the issues holding Iran back is the heavy U.S.-backed economic sanctions that are ruining the country's economy.

Rouhani has been hoping to remove the sanctions by negotiating with America. The good news is that the U.S. eased up on Iranian oil restrictions, allowing 10 European Union nations to begin importing crude oil from Iran again. Nevertheless, these exemptions are temporary and Tehran has faced a 58% decline in oil exports.

If Iran attempting to circumvent these sanctions were not enough, there are other problems involving possible Washington and Tehran discussions on Syria. Rouhani does not actually have control over the Iranian military. The Islamic Revolutionary Guard Corps (IRGC) has opposed Rouhani’s moderate actions. Their presence in Syria training Bashar Al-Assad’s forces places their president is a nasty predicament.

Syria has Iran and Russia’s support. Meanwhile, the U.S. could rely on Israel in case things get messy. Israel will undoubtedly become a target for Iran. Israeli involvement in a possible future conflict could dissuade other Arab nations from getting involved. For example, one of the ways Iraq retaliated when the U.S. attacked Saddam Hussein in the Gulf War was to fire 39 scud missiles at Israel.

Officially, Iran cannot directly strike U.S. embassies or allies as that would be seen as an act of war. President Rouhani can say how illegitimate a U.S. military strike on Syria will be, but the IRGC is allowed to make the threats. Indirectly, however, Iran can call on their supporters in Hezbollah or Iraq to do the work for them while being aided with Russian arms deals.

In matters involving chemical weapons or any military strike, diplomacy is usually the best first course of action. Obama hopes to keep the pressure on Syria while making sure Iran does not get involved; similar to Kennedy did during the Cuban-Missile Crisis. With Iran and Russia supporting Syria, it is hard to calculate the possible consequences of a military strike. Strike or no strike, the war will get worse.

A version of this article first appeared on PolicyMic

A recent grad student at CSULB with a BA in History from Fordham University. Brandon strives to write about the importance of compromise over partisanship, focusing on ways both parties could resolve issues.