50 Greatest Presidential Quotes of All Time

A president’s legacy is defined not only by his actions, but also by his words. Those who have held the highest office in the United States know well that what they say has impacts far beyond the podium. This list compiles some of the best presidential quotes from American history, grouped within themes, from most recent to oldest.

Note: Dates next to names indicate the years of their presidency. 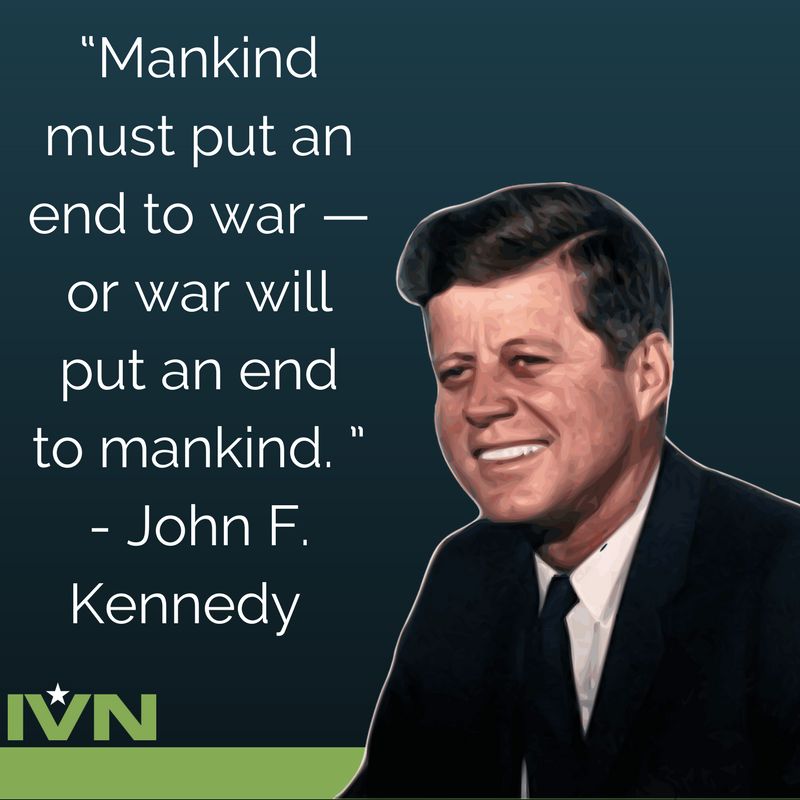 “Every gun that is made, every warship launched, every rocket fired signifies, in the final sense, a theft from those who hunger and are not fed, those who are cold and are not clothed.”

“Under the cloud of threatening war, it is humanity hanging from a cross of iron….Is there no other way the world may live?”

“So, first of all, let me assert my firm belief that the only thing we have to fear is fear itself – nameless, unreasoning, unjustified terror which paralyzes needed efforts to convert retreat into advance.”

“There is something inherently wrong, something out of accord with the ideals of representative democracy, when one portion of our citizenship turns its activities to private gain amid defensive war while another is fighting, sacrificing, or dying for national preservation.”

“In a storm at sea no one on board can wish the ship to sink, and yet not unfrequently all go down together because too many will direct and no single mind can be allowed to control.”

“Peace is the best time for improvement and preparation of every kind; it is in peace that our commerce flourishes most, that taxes are most easily paid, and that the revenue is most productive.”

“But I do have an unyielding belief that all people yearn for certain things: the ability to speak your mind and have a say in how you are governed; confidence in the rule of law and the equal administration of justice; government that is transparent and doesn’t steal from the people; the freedom to live as you choose. Those are not just American ideas, they are human rights, and that is why we will support them everywhere.”

“We the people tell the government what to do, it doesn’t tell us.”

“No government is perfect. One of the chief virtues of a democracy, however, is that its defects are always visible and under democratic processes can be pointed out and corrected.”

“You cannot extend the mastery of government over the daily life of a people without somewhere making it master of people’s souls and thoughts.”

“Being a politician is a poor profession. Being a public servant is a noble one.” 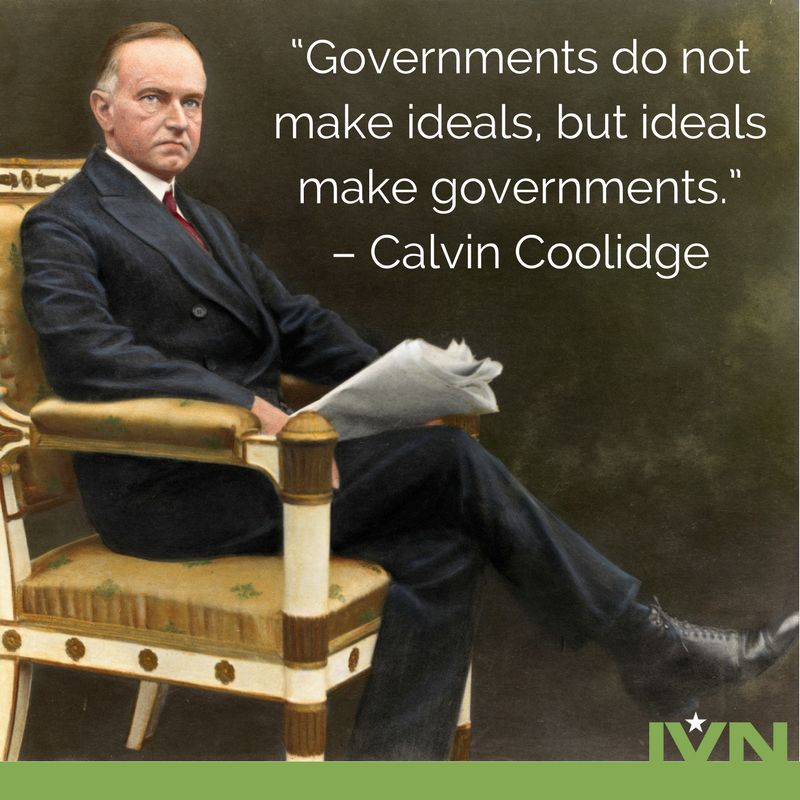 “It is not the enactment, but the observance of laws, that creates the character of a nation.”

“I can imagine no greater disservice to the country than to establish a system of censorship that would deny to the people of a free republic like our own their indisputable right to criticize their own public officials.”

“In the history of mankind many republics have risen, have flourished for a less or greater time, and then have fallen because their citizens lost the power of governing themselves and thereby of governing their state.”

“Officeholders are the agents of the people, not their masters.”

“This country, with its institutions, belongs to the people who inhabit it. Whenever they shall grow weary of the existing government, they can exercise their constitutional right of amending it or their revolutionary right to dismember or overthrow it.”

“The only legitimate right to govern is an express grant of power from the governed.”

“It's time to remember that old wisdom our soldiers will never forget, that whether we are black or brown or white, we all bleed the same red blood of patriots.”

“It is now our generation’s task to carry on what those pioneers began. For our journey is not complete until our wives, our mothers and daughters can earn a living equal to their efforts. Our journey is not complete until our gay brothers and sisters are treated like anyone else under the law – for if we are truly created equal, then surely the love we commit to one another must be equal as well.”

“America has never been united by blood or birth or soil. We are bound by ideals that move us beyond our backgrounds, lift us above our interests and teach us what it means to be citizens.”

“We must teach our children to resolve their conflicts with words, not weapons.”

“Think about every problem, every challenge, we face. The solution to each starts with education.”

“For this is what America is all about. It is the uncrossed desert and the unclimbed ridge. It is the star that is not reached and the harvest that is sleeping in the unplowed ground.”

“If national pride is ever justifiable or excusable it is when it springs, not from power or riches, grandeur or glory, but from conviction of national innocence, information, and benevolence.”

“But should the people of America once become capable of that deep simulation towards one another, and towards foreign nations, which assumes the language of justice and moderation, while it is practicing iniquity and extravagance, and displays in the most captivating manner the charming pictures of candor, frankness, and sincerity, while it is rioting in rapine and insolence, this country will be the most miserable habitation in the world.”

“When one side only of a story is heard and often repeated, the human mind becomes impressed with it insensibly.” 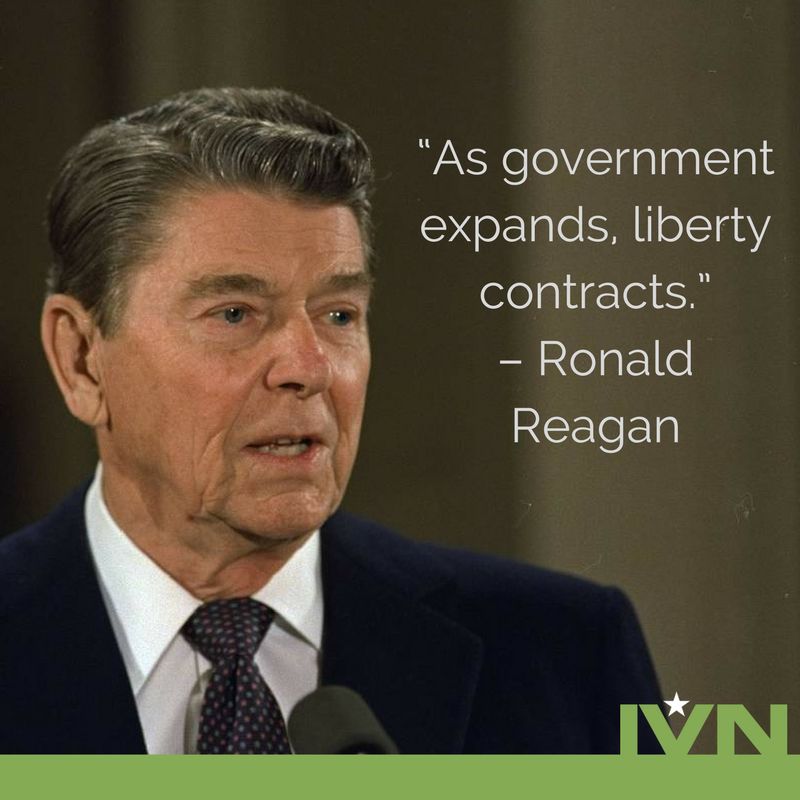 “Those who want the government to regulate matters of the mind and spirit are like men who are so afraid of being murdered that they commit suicide to avoid assassination.”

“I would rather belong to a poor nation that was free than to a rich nation that had ceased to be in love with liberty.”

“The advancement and diffusion of knowledge is the only guardian of true liberty.” 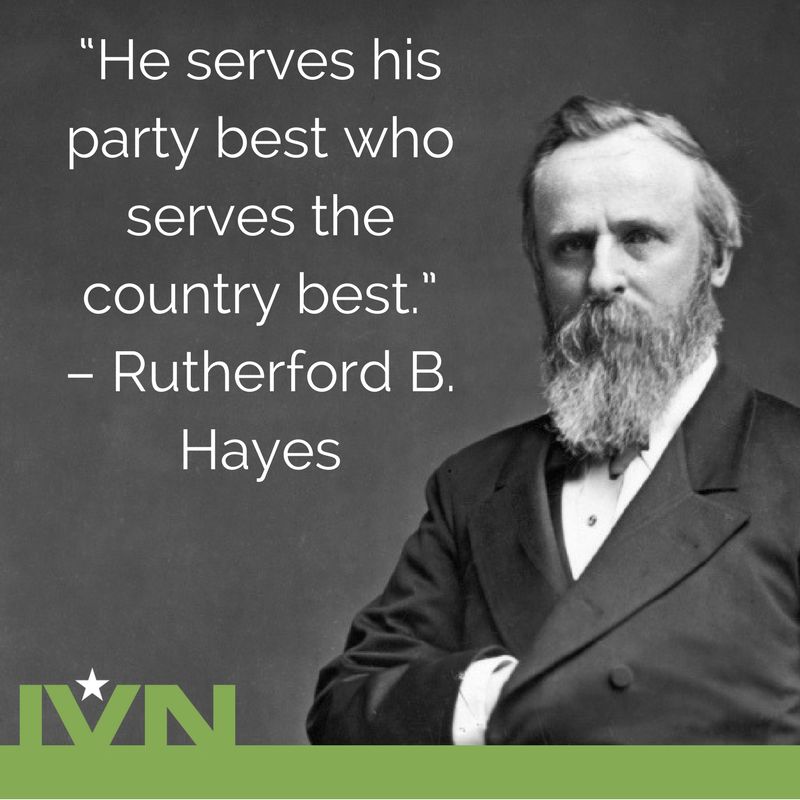 “We all declare for liberty; but in using the same word we do not all mean the same thing...it follows that each of the things is, by the respective parties, called by two different and incompatible names — liberty and tyranny.”

“Although in our country the Chief Magistrate must almost of necessity be chosen by a party and stand pledged to its principles and measures, yet in his official action he should not be the President of a part only, but of the whole people of the United States.”

“However may now and then answer popular ends, they are likely in the course of time and things, to become potent engines, by which cunning, ambitious, and unprincipled men will be enabled to subvert the power of the people and to usurp for themselves the reins of government, destroying afterwards the very engines which have lifted them to unjust dominion.”

“...Only if you’ve been in the deepest valley can you ever know how magnificent it is to be on the highest mountain…”

“There is nothing more corrupting, nothing more destructive of the noblest and finest feelings of our nature, than the exercise of unlimited power.”

“We’ve learned that piling up material goods cannot fill the emptiness of lives which have no confidence or purpose.”

“Economy is idealism in its most practical form.”

“I pity the man who wants a coat so cheap that the man or woman who produces the cloth or shapes it into a garment will starve in the process.”

“If we can but prevent the government from wasting the labors of the people, under the pretense of taking care of them, they must become happy.”

“The diffusion of information and arraignment of all abuses at the bar of the public reason; freedom of religion; freedom of the press, and freedom of person under the protection of the habeas corpus, and trial by juries impartially selected. These principles form the bright constellation which has gone before us and guided our steps through an age of revolution and reformation.”