In off-election years, years where there are no major elections for national office, voters tend to hear much less about the electoral system in their state. For all the fervor surrounding heated races, most voters welcome the brief reprieve from the 24-news cycle and advertising bombardments that accompany election cycles.

Ohio is proving to be the exception this year.

Independent Ohio, a grassroots organization dedicated to building a movement that supports structural political reforms to open the political process to independents, is pushing a ballot measure in the state that would support a nonpartisan top-two primary system in the state.

Currently, Ohio utilizes a closed primary system where only registered voters of the party they claim membership in can vote for who represents the top slots on the ballot.

Independent voters argue that closed primaries exclude a great portion of the voting population. Instead of allowing for the most popular candidates to appear on the ballot for the general election, they appeal to the most partisan sectors of the population, exacerbating the polarization of American politics and contributing to the political deadlock in Washington today.

Closed primaries were not initially intended to exclude voters for the political process for political aims. In fact, when closed primaries were first adopted in 1972, they were meant to thwart “crossover voting” where Republicans voted in large numbers for fringe candidates like Alabama Governor George Wallace to spoil the election results and further Republican candidates’ chances in the national election.

Abuses such as these were rampant in this period and later surfaced as part of Richard Nixon’s strategy to secure his reelection.

While the political abuses of that time period are no longer an overriding concern, groups such as Independent Ohio argue that the closed primaries are now historical relics that symbolize the exclusion of the political center in favor of partisanship.

Instead, the group advocates a Top-Two Nonpartisan, Open Primary which would allow all Ohio voters to participate in the first round of voting, regardless of party preference. Under this system, all voters would use the same ballot in the primary, allowing them to choose from all candidates and the top two vote getters would then proceed to the general election. 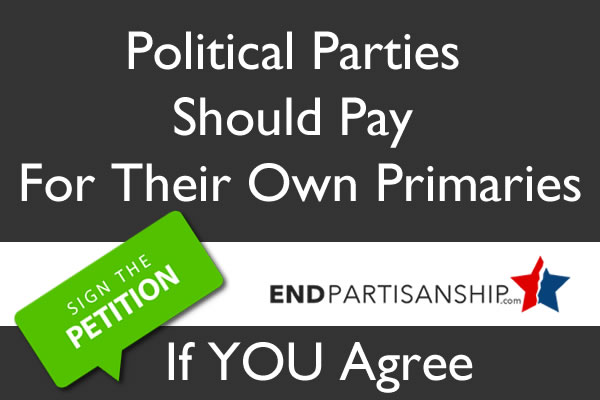 This system has been adopted in states like California, where the change has been lauded as giving millions more “voters a say in the voting process, more power to decide who the candidates and the ultimate winner will be.”

Ultimately, a two party primary is intended to help elect “more moderate people to the legislature…to end the gridlock…and lessen the power that party leaders have over which candidate gets to be the nominee.”

Ohio, seeing the success and benefits in California, are using the break in the election cycle to bring this issue to the fore of the political discourse, and advocate for a change in their own system.

Debbie Sharnak is a PhD candidate in history at the University of Wisconsin-Madison with a focus on Latin America and international relations. Her work examines the origins and evolution of human rights. She was a 2014 Fulbright Scholar in Uruguay.