News
Created: 14 June, 2013
Last update: 14 October, 2022
EN
, yet the Republican and Democratic parties have held a duopoly on the state Legislature for over 123 years. Evan Falchuk, the 2014 gubernatorial candidate of the newly formed United Independent Party, hopes to change this. 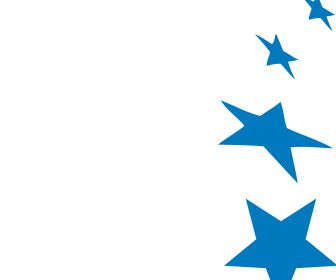 Falchuk believes the people of Massachusetts are not adequately represented by the GOP or the Democratic Party.

“What we don’t have is a functioning, multi-party democracy,” he said. In a recent DAPA Research poll, 58 percent of respondents stated they believe the state should have an official independent party.

“The United Independent Party is running on socially progressive ideas and fiscally sensible solutions,” Falchuk explained. “Most Mass. voters share these ideals, yet it's something that neither the Republican nor Democratic Party represent.”

Seventy-three percent of respondents in the DAPA poll said they would support a candidate who has no political experience, but instead has a successful business track record and offers a centrist (moderate, middle-of-the-road) platform consisting of “fiscally sane solutions and social freedoms.”

The poll, questioning 600 Massachusetts voters, and with a +/- 4 percent margin of error, “represents a nearly identical snapshot of the state’s political landscape, with 51 percent of poll respondents labeling themselves as Independent/Unenrolled, 36 percent as Democrats, and 12 percent as Republicans. All respondents reported that they are currently registered to vote.”

Falchuk says, if elected, he plans to focus on paying for what the people want, which will include funding job training programs, anti-poverty related measures, and public health issues. Falchuk is also a strong supporter of protecting the people's civil rights, marriage equality, and reproductive freedoms.

“There's a great deal of money that's not being spent appropriately,” says Falchuk, and he hopes to prioritize proper handling of government spending and resources.

One startling example of misplaced priorities regarding how Republican and Democratic lawmakers in the state spend public funds has to do with homeless shelters and state office furniture.

“Last year, in an effort to save money by reducing the number of nights that families spent in homeless shelters, state lawmakers changed the rules by saying that if you want to sleep in state-sponsored homeless shelters, you have to prove that you spent one night sleeping in a place not meant for human habitation. This usually resulted in families sleeping in an emergency room or even on the street."

He further stated that less than $1 million was saved by enacting this practice, but at the same time, over the course of the past two years, $15 million was spent on new office furniture for state employees.

“I don't know why that's acceptable," Falchuk said. "If it comes down to whether a child should sleep on the street, or whether a state worker can wait a little longer for a new chair, I choose the child.”

So, how has a state with more than a 50 percent unaffiliated voting population been dominated by the two party system for over a hundred years? Falchuk points out that for one, laws have been designed to undemocratically favor the two party system and, in his eyes, prevent third parties from gaining traction.

When asked why an independent constituent -- where independent, by definition, means independent of a political party -- should support the United Independent Party, Falchuk offered the following:

“The reality is, how organizing works, you need some kind of organization to make sure you can put people on the ballot, get people out to vote, have an influence on policy, and provide a place where people can come and share ideas and perspectives. If you don't have these things, it's confused and easily ignored in the political process.”

He continued by saying that an official independent party provides a vehicle and platform which makes it possible for people to participate in the political process who may otherwise be shut out.

“Since the two major parties already have their system, if you want to make a difference against them, you need to have an organized structure to make it happen,” said Falchuk.

He stressed repeatedly that constituents need to vote for what they believe in instead of voting for the lesser of two evils or voting solely because a candidate belongs to a specific party.

“John Quincy Adams had a great quote about this,” Falchuk said. “Always vote for principle, though you may vote alone, and you may cherish the sweetest reflection that your vote is never lost.”