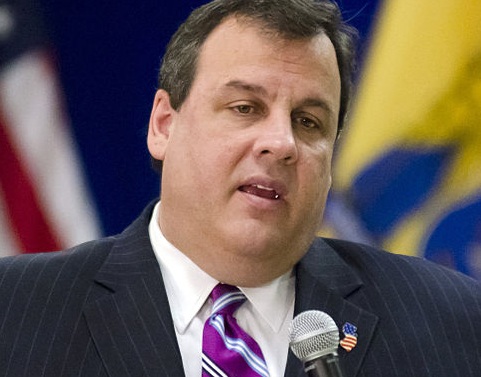 Touting a new mandatory treatment program for non-violent drug offenders in the state of New Jersey, Governor Chris Christie is the latest high-ranking US government official to condemn the decades-long War on Drugs. In a speech Monday at the Washington, DC-based Brookings Institution, Christie called the War on Drugs a well-intentioned public policy failure:

"The War on Drugs, while well-intentioned, has been a failure, and that we're warehousing addicted people every day in state prisons in New Jersey, giving them no treatment, sending them back out on the street after their term of incarceration, and wondering why recidivism rates go up, and why they don't get better, why the commit crimes again. Well they commit crimes to support their addiction."

In the criminal justice world, recidivism refers to repeated criminal activity that occurs even after incarceration, creating a cycle of crime and incarceration in which the recidivistic criminal spends life in and out of jail without ever being rehabilitated. Gov. Christie's solution is mandatory drug treatment for non-violent drug offenders:

"You can certainly make the argument that no one should try drugs in the first place, and I certainly am in that camp, but tens of millions of people in our society do every year. And for some people they can try it and walk away from it, but for others, the first time they try it, they become an addict. And they're sick. And they need treatment. So I say what we need to do, is for all first time, non-violent drug offenders, we need to make drug treatment mandatory."

Christie's remarks are just the latest of many indications that the American public is warming to an open, fact-based, cost-benefit discussion of drug policy in the United States, but civil libertarians and opponents of prohibition might not care for Christie's approach to the issue. Not only did he tie his position in with his views on abortion in a curious non sequitur, he dressed it in the paternalistic language of religious stewardship over other human lives and justified it as part of a divinely-sanctioned imperative to put every person that New Jersey technocrats deem as "drug dependent" in a mandatory year-long treatment program:

"Because if you're pro-life, as I am, you can't be pro-life just in the womb. Every life is precious and every one of God's creatures can be redeemed, but they won't be if we ignore them, and I believe that this program, which was passed overwhelmingly by the legislature this year, and will be phased in over the next five years, will allow every person who comes into the criminal justice system in New Jersey with a drug addiction, to get a year of mandatory drug treatment in house. And I believe that the results will show after this is fully implemented will be startling."

Indeed, the new mandatory treatment program, passed in June, does nothing to repeal failed drug policies, or counter federal ones on a state level by way of decriminalization. Instead, it gives the state more power to make personal decisions for its residents about their bodies. Instead of offering treatment, the new bill mandates it for anyone a court with its attendant technocracy of medical professionals deems "drug dependent." Is treating a citizen as in need of mandatory medical treatment for possessing an illicit drug any less presumptuous than treating him or her as a criminal? Will the program be any less riddled with unintended consequences? This wouldn't be the first time Chris Christie rubbed libertarians the wrong way.

The first governor in the United States to publicly condemn the War on Drugs was New Mexico Governor Gary Johnson, currently the Libertarian Party's 2012 presidential candidate. In 1999, Johnson-- then a Republican-- called the War on Drugs an "expensive bust," and at that time was the highest-ranking government official in the United States to call for the legalization of marijuana since the beginning of the decades-long War on Drugs during the Nixon Administration. Other governors to condemn US drug policy in recent years include Hawaii's Gov. Benjamin J. Cayetano, a Democrat, and Minnesota's Gov. Jesse Ventura, a member of the Reform Party.