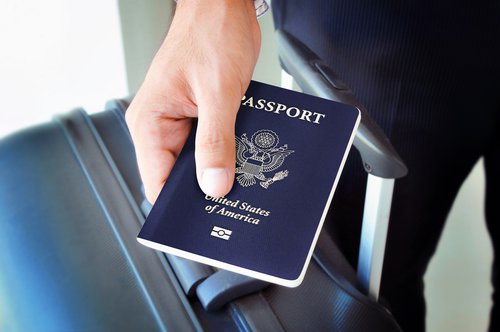 A year ago, we reported on the State Department's new passport application rules, which some have called unconstitutional. A new bill now making its way through Congress could prevent even more Americans from traveling abroad. A transportation bill recently passed by the Senate contains a controversial provision that could allow the State Department to revoke the passport of anyone with an “excessive” tax debt.

Senate Majority Leader Harry Reid added the tax enforcement language to an “Act to reauthorize Federal-aid highway and highway safety construction programs”, probably categorizing it under the latter part of the title, “and for other purposes”. That bill -- SB1813-- was introduced by Senator Barbara Boxer (D-CA) in November. Before it was passed by the Senate on a 74-22 vote in March, it became the Moving Ahead for Progress in the 21st Century Act, or MAP-21.

A recent Summary of the Senate Finance Committee Title to the Highway Bill on the Senate's website reads:

Currently the Federal government revokes passports and denies new passports to individuals who owe more than $2,500 in child support payments. Similarly, this provision would authorize the government to deny the application for a new passport or renewal of an existing passport when the individual has $50,000 or more (indexed for inflation) of unpaid federal taxes which the IRS is collecting through enforcement action. It would also permit the Federal government to revoke a passport upon reentry into the United States for such individuals. This provision is estimated to raise $743 million over ten years.

The provision isn't as draconian as a first glance would have you believe, but it would be precedent setting, says tax attorney Robert Wood.

“Does this apply in all cases? Mercifully no,” writes Wood in a recent

Forbes piece. “You could travel if your tax debt is being paid in a timely manner or in emergency circumstances or for humanitarian reasons. But this isn’t limited to criminal tax cases or situations where the government fears someone is fleeing a tax debt.”

Wood reminds his readers that the IRS files liens and levies all the time and that under the tax enforcement provision of MAP-21, all it would take is an accusation of a debt to prevent any U.S. Citizen from leaving the country at their leisure.

According to constitutional attorney Angel Reyes, the provision is a violation of due process and is unconstitutional.

“It takes away your right to enter or exit the country based upon a non-judicial IRS determination that you owe taxes,” Reyes told FOX Business. “It’s a scary thought that our congressional representatives want to give the IRS the power to detain US citizens over taxes, which could very well be in dispute.”

Perhaps Republican presidential candidate Ron Paul wasn't off his meds when he suggested last September that the lingering economic malaise might encourage federal-level capital controls (and even lead to what he called “people controls”). Those remarks, the target of popular ridicule at the time, came during a nationally televised Republican presidential debate.