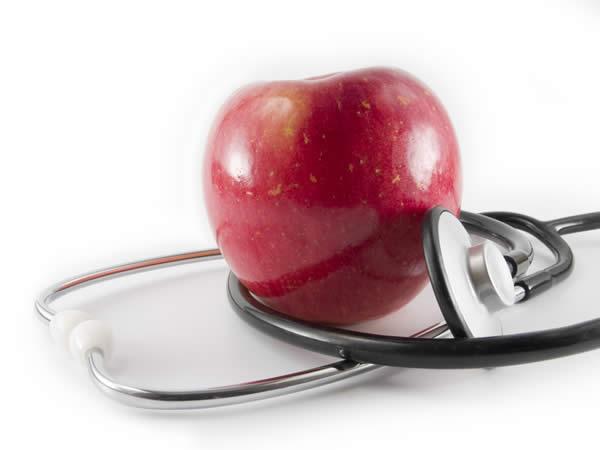 Before Supreme Court Justices completed day one of oral arguments regarding the Affordable Care Act, local leaders in Northern California announced that they are taking steps to implement one of the law's biggest initiatives – the promotion of preventive care through improved diet. Humboldt County officials said Monday that they're working with community organizations to increase low-income access to fresh produce and more nutritious food choices in an effort to promote healthy lifestyles.

Though certain components of so-called "Obamacare" (such as the “individual mandate” set to take effect 2014) are still a matter for the courts, “free” preventive services for U.S. citizens have already been instituted. A major part of preventative care – something the Obama administration has maintained is the key to reducing health care costs over time – resides in healthy eating choices. Health care reformers agree that its the government's job to inform about proper diet and foster programs that provide wider access to foods that it feels will prevent certain diseases such as obesity and diabetes if eaten on a regular basis.

The County Board of Supervisors approved contracts with the nonprofits California Center for Rural Policy (CCRP) and Food For People on Tuesday. With the help of these two organizations, county leaders hope to take full advantage of federal funds that can be used to bolster food banks and enroll all qualified residents in the state's food stamp program, now called CalFresh. Calfornia Department of Social Services officials have already paved the way for universal vendor participation in the federal government's Supplemental Nutrition Assistance Program, benefits from which are accepted at most major farmers markets throughout the state.

Humboldt County Department of Health and Human Services Director Phillip Crandall told the Times-Standard that preventive care requires an increase in “farm to table intake”. His strategy is predicated on getting more people to receive food stamp benefits. Only about 63 percent of Humboldt County residents who qualify for food stamps actually sign up to receive them, says Crandall. He hopes that the CCRP, a Humboldt State University research group, can figure out why there is not full Calfresh participation in the area and put forward ways to involve more people in welfare programs.

As part of the county's contract with Food For People, a Eureka-based nonprofit that serves as the county's official food bank, local health officials will work to increase food pantry sites. "The organization will receive $1,263,235 to enroll additional people in CalFresh and purchase about 200,000 pounds of produce,” writes Times-Standard contributer Megan Hansen.

Cooking classes and nutrition education at family resource centers, as well as a mobile produce program utilizing a refrigerated truck that can reach places with limited grocery store inventory, will also be provided by the county.