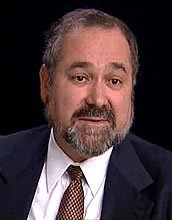 The election process shall reflect the eleven International Election Integrity Principles of Transparency, Chain of Custody, Observer Access, Checks & Balances, Enforcement of Election Laws, Right to Paper Ballot and Open Source Software, Right to Polls and Protection of Poll Workers; Right to Photograph & Videotape; Right to Full Education, Right to Full Disclosure of Numeric Calculations & Assumptions, and Right to Review Raw Data Files at Point of Origin. For the purposes of this Act, precinct-based Hand-Countable Paper Ballots (HCPB) shall be the national, state, and local standard until such time as a national referendum validates alternative solution, specifically the implementation of open source / mandatory paper ballot printing and tabulation systems

As we can all see with the Republican primaries, where the votes are centralized rather than reported at the precinct level, and where the Republican mandarins in addition meet secretly to "finalize" the vote count, what we have in the USA is a completely corrupt process that provides absolutely no assurance to any voter, whether in primaries or the general election, that integrity is at all present.  The Diebold electronic machines (and others) are now known to be totally corrupt as well, with as much as one third of the votes not only being manipulable, but manipulable remotely.

Hand-marked, hand-counted paper ballots are the only form of ballot that is potentially trustworthy in this time of routine high crimes and misdemeanors among elected and appointed officials.  Such votes must be counted and validated at the lowest level -- i.e. the voting location where the votes were cast -- and done so before witnesses including the public.  Any attempt to "control" or "exclude" invalidates the sanctity of the election process.

Journal: The U.S. electoral system is in danger, once again

Mini-Me: Cry from the Heart On US Electoral Fraud

Tom Atlee: Diebold Voting Machines Can Be Hacked Remotely–ONE THIRD of All Votes Can Be Easily Manipulated

Worth a Look: Digital Democracy–Possibilities

Robert Steele is a former spy, honorary hacker, #1 Amazon reviewer for non-fiction, a former small business CEO, and founder of Earth Intelligence Network, a 501c3 committed to creating public intelligence in the public interest. This is the first part in an ongoing multi-part series “Robert Steele on Electoral Reform”. The views expressed are the author's own and do not necessarily reflect the views of IVN or IVN partners.

Previous: Introduction of a New Series

Introduction of a New Series

Part 3: Voting for The People

Robert Steele is an activist focused on electoral reform as the "one thing" we can all agree on. He is a former spy profiled by Alvin Toffler for his rejection of spying and proponency of open source everything. He is also an honorary hacker, #1 Amazon reviewer for non-fiction, and briefly a candidate for the 2012 presidential nomination of the Reform Party. His latest book, Open Power, hit #1 in Civics at Kindle, and is available free as an ePub to any IVN reader who prefers not to use Kindle.