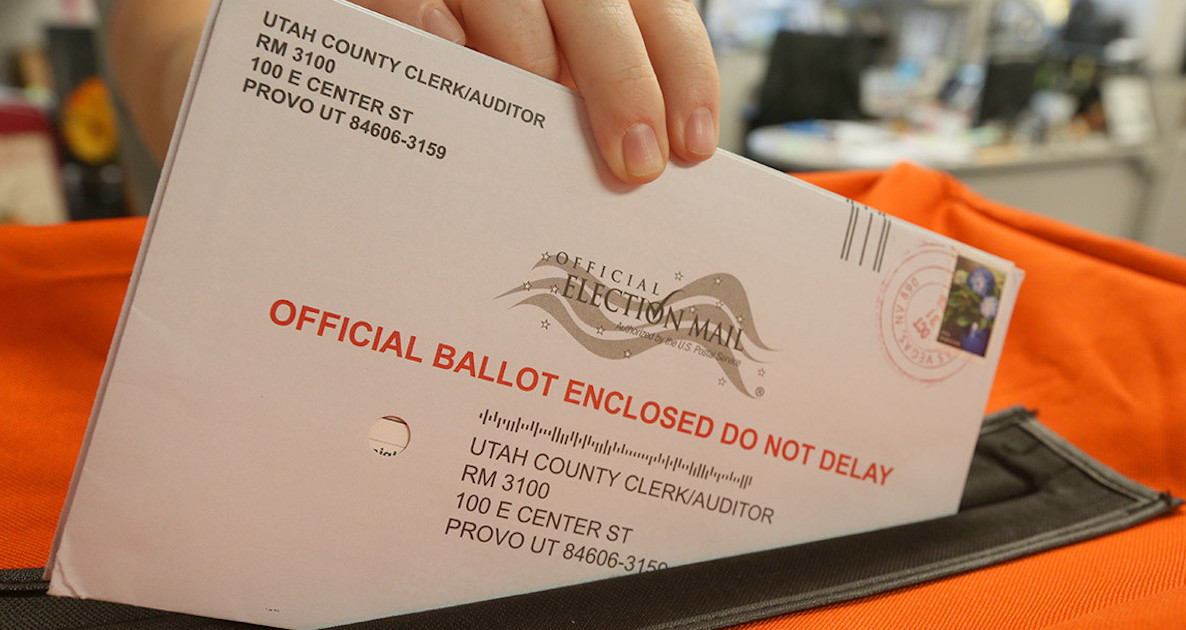 Unrig Roundtable: How Vote-At-Home Can Save Our Republic and Save Lives

The COVID-19 pandemic has put a strain on American life and the democratic process. Voters want a meaningful say in the 2020 elections, but they don’t want to risk their health to exercise their constitutionally-protected right to vote.

In response, the vote-at-home movement has gained significant traction as reformers and elections officials consider the best methods and practices to keep voters safe while protecting their civil rights.

What vote-at-home brings to the broad conversation on improving the democratic process was the topic of the first of a six-part, virtual Unrig Summit series, hosted by RepresentUs, to keep voters connected to the movements to transform the American political process.

“In the face of this pandemic, there is an urgent need for all states to adopt vote-at-home systems to ensure the safety of voters and poll workers. We have to ensure we have full and fair elections this year and beyond,” said Josh Silver, Director and Co-Founder of RepresentUs.

Silver added that vote-at-home is only a part of the discussion. He noted that American society was already struggling before the COVID-19 crisis. And, the root cause of the structural failures of the US political process are the “wonky” election laws that keep the system rigged in favor of those with the most power.

“Today we find ourselves with an opportunity brought by this terrible pandemic -- a chance for conservatives, moderates, and progressives to work together to ensure that every American can vote from home safely this year.” - Josh Silver

Bipartisan Panel Wants Vote-at-Home for Every Voter In November

“It is important at this point in time that we have unfettered and uninhibited access to the ballot box,” said Steele.

“We own this franchise. It was given to us under the constitution. It is the way we define our government. Those buildings and those officials don’t get to define the game -- we do. You gotta stand up; you gotta be loud. Work with the secretaries of state. Help them put in place the infrastructure. Volunteer to be a part of the solution in changing the direction we are now headed when it comes to elections in this country.”  - Michael Steele

Steele made history as the first African-American to be elected lieutenant governor of Maryland and subsequently the chair of the Republican National Committee. He is now the chair of the US Vote Foundation, which provides state-specific voter services and information, including absentee ballot forms in every state.

As it stands, all 50 states offer absentee voting for registered voters who will be outside their county during an election and for disabilities that prevent a voter from making it to the polls. However, the burden on voters to prove they are physically unable to get to a polling location can be extremely tough depending on the state.

Meanwhile, 33 states offer some type of “no excuse” absentee voting, meaning a special excuse is not required to request or receive an absentee ballot:

As shown in the graphic above, 5 states stand out from the rest with all-mail voting systems, meaning every registered voter gets a ballot by mail. Griswold and Wyman are the top elections officials in two of those states: Colorado and Washington, which are seen as the gold standard to strengthen and enhance vote at home nationwide.

“It is important that whether someone is from a small town like me with more elk than people or a big city, rich or poor, young or old, that they get a voice in our democracy,” said Secretary Griswold.

Griswold commented that in Colorado voters can send their vote in by mail or drop them off at a designated drop box, further noting that 95% of voters submit a mail ballot under this system. Voters in Washington state cast a ballot under a similar system.

“Bottom line is, if you make elections accessible, people will vote,” said Griswold.

It is worth noting that Colorado and Washington tout the highest voter turnouts in any given election as a result of vote-by-mail participation.

During the roundtable, some viewers had questions about election security with vote at home. Wyman pointed out that no elections system is 100% secure and it is important for states to build the necessary controls to prevent fraud. Wyman, for instance, said her state has a system set up that can compare signatures, and flag duplicate votes or when someone uses another person’s name to vote.

She further noted that in the last election most of the problems that emerged -- e.g. provisional ballots being counted that should not have been counted -- happened at a polling place as a result of natural human error from a minimally-trained, overworked staff of hundreds of poll workers.

“Now our counties can centralize those work forces and train them. These are people in centralized locations that you can have a higher level of confidence and control over and it is more observable. People can come in and watch it,” she said.

Griswold also noted that her state uses certified paper ballots and the best auditing system in the country -- two controls she said can’t be hacked and give voters greater confidence in election security.

“At the end of the day, it is about balancing security and access,” said Wyman.

Could All Eligible Americans Vote at Home in November?

Griswold believes that ensuring every eligible American voter has the ability to cast a ballot from home in November is “completely feasible.” During the panel, she noted that most states already have an existing infrastructure that can be bolstered. They just need help from the federal government.

“What we need is two things from the federal government,” she said.

“Number one, a mandate to ensure that every American has their voice heard. Your constitutional rights should not change because you go over the border from Colorado to another state. That is not how constitutional rights work. Number 2, we need from the federal government funding for all these states that have to scale up.”

The multi-trillion dollar stimulus package recently approved by Congress and signed by President Trump allocated $400 million in elections assistance -- nowhere near the $2 billion the Brennan Center for Justice said would be needed and the $4 billion some lawmakers wanted.

The panelists and Silver, however, understand that there will need to be greater legislative efforts in some states to eliminate unnecessary burdens to the ballot box. This means realizing a dream where every state adopts vote-at-home systems will extend beyond 2020.

“It’s up to all of us to ensure that every American can safely vote from home this year, and seize this so-called crisis opportunity to pass comprehensive vote-at-home systems in all 50 states," he said.

RepresentUs has partnered with other organizations to push for more states to adopt systems modeled closely after the 5 states that already offer all-mail voting. The organization also offers resources for voters interested in getting involved in the movement, including a “take action” page with information they need to get started.

“One thing is certain,” said Silver, “we must overhaul our elections and campaign finance laws in order to get better representation in government, stop this vicious cycle of partisan extremism and gridlock, and reverse the corruption and authoritarianism that are infecting this great democratic experiment of ours.”