Up Next
...
The Post-COVID Need For Political Philanthropy
Read More 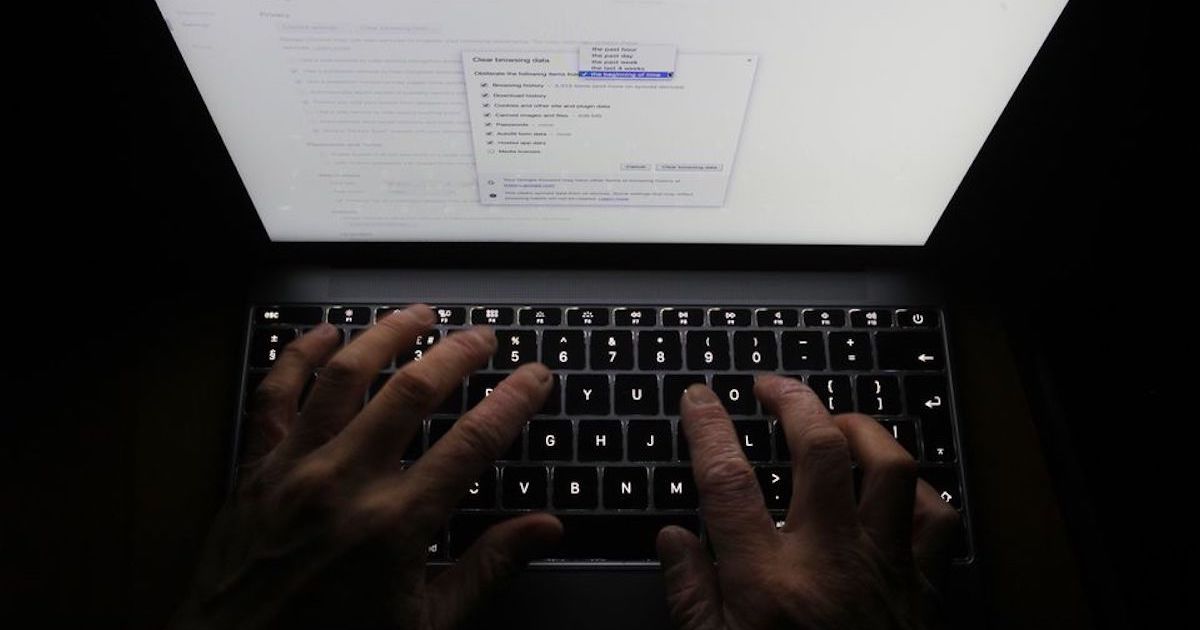 Our personal data is for sale and our privacy is at risk. Learn how to protect yourself and our democracy with our panel of digital experts. Plus a special guest — Ed Helms!

Fake news is popping up everywhere, deep fakes are going viral, and conspiracy theories flood social media feeds. Americans want reliable sources to turn for information, but they aren't sure what sources they can trust. Meanwhile, data collection companies are profiting off people's data and the political parties are using that data to manipulate voters.

In a time of crisis, RepresentUs made the ongoing digital war for the soul of American voters the topic of its second virtual Unrig Roundtable, livestreamed free for hundreds of viewers on Wednesday, April 15. To kick off the conversation, RepresentUS brought on actor and comedian Ed Helms, who echoed lingering frustrations shared by many voters over the current political system.

Helms added that this is not how the government should operate and the fact that we would put our trust in such people to have America’s best interest at heart “is inane.” He said it is time for the US to have a fairer political system.

Lynn says he uses the term ‘warfare’ intentionally, and during the one-hour roundtable asked his guests specifically about how people’s information is harvested, sold to the highest bidder, and then used to manipulate consumers and voters.

The panelists discussed in-length how the status quo has a negative impact on society, especially in a time of crisis like the COVID-19 pandemic. After all, we live in a time when nearly all information is consumed digitally, and there is no filter on the ideas that are put out there.

“I think if we don't sort out the spread of misinformation, we are going to be ignorant, and hurt, and mistrusting of each other and the system, no matter what system we prefer,” said Baroness Kidron.

Kidron has focused a considerable portion of her life on child rights. She said the spread of misinformation is especially harmful to children because children have no previous experience getting their information anywhere else. They have only consumed information digitally.

“I always look at kids as the canaries in the coal mine,” she remarked. In other words, how children respond to information received online and through digital advertisements should alert everyone to how bad things have gotten.

“We are feeding our kids information from the bottom of the barrel,” she said. The result is that we are seeing more and more children echo conspiracy theories they see on a variety of online sources.

At the heart of the issue, Scott says, is that the growth of the digital space over a relatively short period of time has given birth to a monstrous duopoly over information and data collection.

“Back in the dark ages, like 10 years ago, we thought of the internet as this powerful technology that was going to enable movements.” Instead, he says, we have allowed the concentration of power between two companies, Facebook and Google.

When only two companies have predominant control over the disbursement of information (including not only how that information is shared, but who it is shared with), the end result is that they use this power, not for the greater good, but for their own benefit.

Scott used an analogy of someone sitting at home, channel surfing. Many people have a taste for conspiracy theories, he says, but most understand that it is not good for them. So, they change the channel back to another news source.

He then said what is happening right now is like if someone else was in the room and had control over the remote. Every time the viewer changed the channel, the unseen figure would turn the channel back to the conspiracy theories.

“Now imagine this person was controlled by the most advanced data-gathering artificial intelligence in the world,” Scott added. This technology gathers information on all of our social behaviors and then uses that information to make data companies profit.

And who are among the biggest purchasers of this information? In the US, the Republican and Democratic Parties are at the top of the list.

The major parties buy data on every single American voter with the explicit purpose of targeting which voters they can manipulate best to vote for their side. It also makes it easier for parties and political operatives to target messaging that serves their narratives best, thus exacerbating the problem of misinformation.

Shoshana Zuboff put it another way. She referred to the phenomenon we see with data collection, social surveillance, and information as “surveillance economic capitalism,” which can be viewed in two as “two vibrant markets”:

The panelists agreed that these markets have made it easier than ever before to spread misinformation, and Zuboff says unfortunately the “bad guys understood this before the good guys did.”  The consequence has been disastrous on a global scale, especially during the COVID-19 pandemic.

Joshua Graham Lynn used this as an opening to talk about how what brought everyone together to watch the Unrig Roundtable was their commitment to change the system so that it was fairer, more accountable, and served the interests of voters first.

The panel recognized that there is plenty of skepticism out there. Part of the solution, though, is fixing the spread of misinformation to voters, which keeps them only marginally informed and locked in their tribal identities and biases.

"What's done quickly can be undone quickly. Code can be re-written. We can decide as a society that we want something to change. By coming together, we can fix this,” says Scott.

Joshua Graham Lynn closed out the Unrig Roundtable by reminding viewers that they had two choices:

“Choice number is one is, you watched this webinar and you thought, ‘Wow that was really interesting and I learned something today, and I am a little shook up and I might talk to my sweetie over dinner.’ Choice number two is you figure out a way to take action, because the truth is if you choose to do nothing about this, or about democracy then you can be absolutely sure nothing is going to change.”