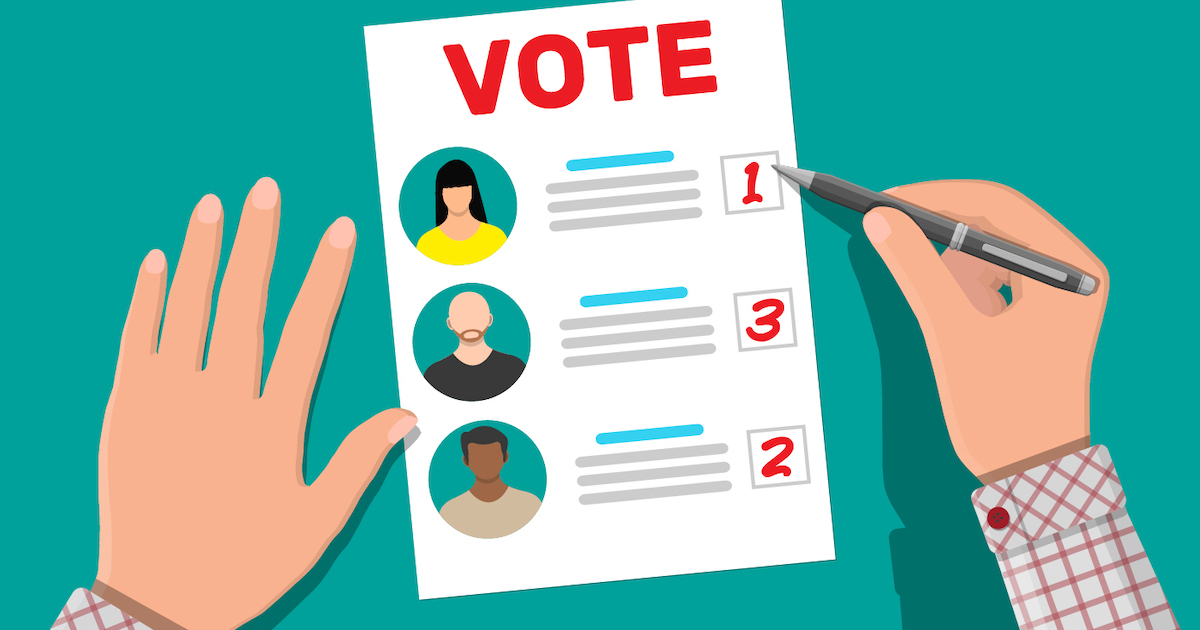 San Diego, which identifies itself as “America’s Finest City,” has a 9 member City Council made up of 6 Democrats, 2 Republicans, and 1 independent. A nonpartisan coalition of Council members --Mark Kersey (NPP), Barbara Bry (D), Monica Montgomery (D), and Chris Cate (R) -- voted in favor of putting the reform measure on the ballot.

“I want to tip my hat to the remarkable coalition that came together in support of change, and the heartfelt expressions of support of so many people seeking better elections in San Diego. That commitment will result in change in the future,” said Rob Richie, CEO of FairVote.

However, just as in other parts of the country, local party leaders and partisan special interests teamed up to oppose the measure, despite more than 9 out of 10 public speakers at the COVID era Zoom-style Council meeting speaking in favor of putting “Top4RCV” on the ballot.

The proposal was brought forward by an unusually broad coalition spanning the ideological spectrum, including the League of Women Voters of San Diego, FairVote, RepresentUs, Take Back Our Republic, The Partnership for the Advancement of New Americans, Business for America, The People, Open Primaries, Community Advocates for a Just and Moral Governance, Indivisible, Independent Voter Project, and several others.

“Top4RCV” has become the consensus building favorite among nonpartisan election reformers across the country. A similar proposal is on the state ballot in Alaska, and has also been proposed in other states like Arkansas.

Local and national reform leaders have expressed disappointment in falling one vote short, but also recognized the significance of earning the support of incumbent officeholders who are often heavily influenced by partisan and special interest pressures.

“From Maine to Alaska nonpartisan reformers have had to battle the combined opposition of those in control of both major political parties. It takes courage for elected officials to stand up against this pressure and we commend Mark Kersey, Barbara Bry, Monica Montgomery and Chris Cate for putting their constituents' interests and our democracy first,” stated Cara Brown McCormick.

"The fact that some elected officials would refuse to give the people of San Diego a chance to vote on this measure tells you everything you need to know about why we need this reform so badly."

McCormick, who was a leader of two successful campaigns for ranked choice voting in Maine, noted that the people had to overcome fierce opposition from leadership in the state legislature, the governor, the secretary of state and the attorney general before finally winning two years ago.

Lori Thiel, president of the League of Women Voters of San Diego, saw the vote as a missed opportunity.

"I am very disappointed in the city council's decision to deprive San Diego voters of the chance to choose their preferred election method. Ranked Choice Voting empowers voters and elects representatives with the broadest base of support, ensuring they're responsible to the most constituents. Ranked Choice Voting has also been shown to increase the number of women and other underrepresented voices in politics," she said.

Community Advocates for Just and Moral Governance Executive Director and San Diego native Geneviéve Jones-Wright said, "It's truly unfortunate that our City Council rejected a proposal that would bring more choices and more voters to the general election. The measure would have resulted in better representation and a more diverse field of candidates. The measure would have helped us have a more inclusive democracy."

The More Choice SD coalition says its reform proposal is an antidote to the partisan division and dysfunction that has poisoned the US political system. “Top4RCV” has unified a coast-to-coast coalition of nonpartisan reformers with a national profile under the banner of the NationalAssociation of Nonpartisan Reformers.

“Political professionals and special interests that fund the [political] industry capitalize on extremism by dividing us into two camps, two campaigns,” the coalition writes.

“Although the perversion of politics can make for great entertainment, the damage it is doing, and has done to the quality of our governance, is undeniable.”

“Top4RCV” would have expanded the nonpartisan top-two voting system voters were already accustomed to by advancing 4 candidates to November rather than two and using the ranked choice voting method that has a track record of creating a healthier campaign environment.

The candidate who wins under this system would be the candidate with the broadest appeal among all voters. The race would not be decided by plurality, thus campaigns have an incentive to go after a voter’s second or third choice.This, in turn, reduces the chances they will go negative against a candidate that might be the voter’s first choice.

“We are very confident that this common sense method of voting for candidates will gain more support as the word continues to spread around the community. This is a temporary setback for our community, but we will eventually see the council pass Top 4 Ranked Choice Voting, giving voters more choice in the ballot process," said Francis Johnson, president and chairman of Take Back Our Republic's Board of Directors.

Note: You can watch the June 21st San Diego City Council meeting here. The discussion on "Top4RCV" begins at 2:08:00 in the video.