Up Next
...
The Biggest Legal Case in Politics That No One is Talking About
Read More 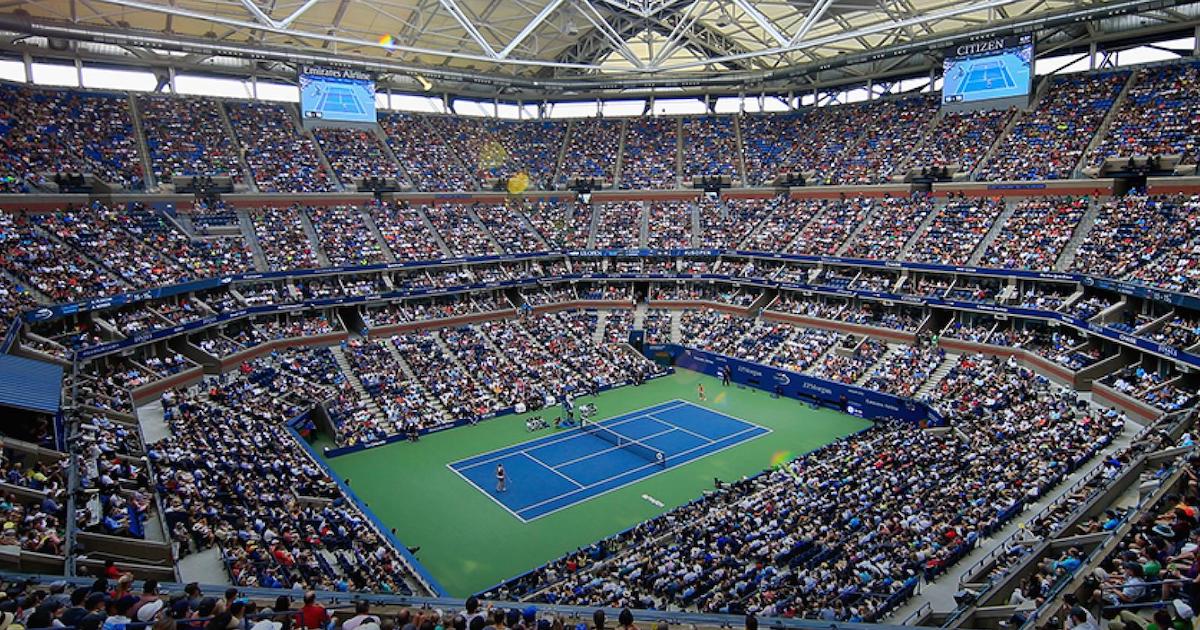 The U.S. Open and Open Politics

I often call my father on Sundays to say hello, to catch up on the various plot lines of our respective lives, and to plan visits. He lives in Arizona, I live in New York. More often than not, our conversations turn to sports. We love and play golf (he’s 92!), we watch football, the Yankees! (He grew up in the Bronx in the 30’s and 40’s) and tennis.

Naturally, tennis was a big topic this past Sunday morning. The Serena/Bianca match a day earlier had ended with Serena denied (denying herself?) a 24th Grand Slam final win. The men’s singles showdown at the U.S. Open between Rafael Nadal and Daniil Medvedev was set to start in a matter of hours.

“Medvedev is young and he can be cunning,” my dad said. “This could go to five sets.”

Though it had been many decades since I’d watched an episode of “Father Knows Best,” I settled in for the match expecting a long and arduous contest. Father did know best, as it turned out, and the many predictions of an instant and crushing win by Rafi did not materialize. Instead, the match lasted five hours, going five sets all the way to the edge before Nadal finally put it away to win his 19th Grand Slam title. He collapsed in tears after the final point.

During the match, the New York crowd in the stadium had cheered for the 33-year-old Nadal, then for the Russian upstart 10 years his junior, and then for Nadal again as he fought to break Medvedev’s serve and win the match. Medvedev gave a classy finalist speech with credit to Rafi, to his team, and to the crowd — with whom he’d had a tumultuous relationship in the weeks of play leading up to the finals. Some “bad behavior” had turned the crowd against him, though in the finals against Nadal he won their respect, even their love. “I can also change, I’m a human being,” he told them at the awards ceremony. “I can make mistakes. Thank you all from the bottom of my heart.”

Later that evening, after my own spectator adrenaline had stopped pumping, I allowed myself to reflect on the match and on Medvedev’s speech. With all the huge amounts of money, the giant scale of the sports industry, its inherent biases, the disrespect too often shown to players by team owners, the pay inequities, and the like, it was still the case that in sports, performance — actual, unadorned, gut-wrenching performance — mattered.

How few things in mass culture are like that. Certainly, politics in America is nothing like that. In the political game, when are you allowed to admit mistakes? When are you subject to rules that you or your allies did not write? Where are you encouraged to show your true and best self? The corruption of political life — of governance, of elections, of policy-making, of the spin on governance, elections and policy making — is so pervasive and so damaging. Soul crushing is a term that comes to mind.

It was funny to reflect on the Nadal/Medvedev match and how the crowd’s alignments shifted—first to the relentless champion, then to the brilliant challenger, then back to the champion. This passionate human behavior is a mystery to most political pollsters and analysts, who want to explain their world by asking “Who do you plan to vote for?” Or “Who’s position on immigration do you support?”. Sadly, these are the metrics used to shape the fate of the nation. In the Arthur Ashe Stadium, the crowd loved two extraordinary competing athletes and they were able to give their appreciation to one, then the other, then to both at different moments in the drama unfolding on the court. Poll that phenomenon, if you can!

The corruption of American politics is deep and stifling and it is producing levels of alienation and antagonism that are frightening. It is prohibited to break out of that modality. That’s one reason that when Marianne Williamson raised the question in the last Democratic Primary debate as to whether and how the Democrats intended to offer a vision, not a program, to rally the American people and defeat Trump, she got more Google hits by a wide margin of any candidate but did not rise in the polls. She will not be allowed on the debate stage this week.

Every year, for 19 years, a community of activist independents hold an event in New York called the Anti-Corruption Awards. The recipients are chosen for actions they take to break the rules of the game, to challenge the political status quo, to assert the need for systemic change, to bring outsiders in to reshape the corruption of entrenched political culture. This year the awards ceremony will take place on Friday evening, October 25th. The awardees are three political visionaries who, in different ways, are working to break open a highly controlled aspect of political life.

Adrian Fontes, the Maricopa County Recorder in Arizona, has been on a non-stop effort to pressure his party, the Democratic Party, to permit independent voters to cast ballots in the 2020 presidential primary. Fontes is quick to note that 41% of Latinos in Arizona are independents and are currently being denied their voting rights.

Katie Fahey — the leader of The People and the architect of the Michigan Independent Redistricting Initiative enacted by the voters in 2018, which is now being stalled by partisans in the Michigan state legislature — is a political independent and a champion of up-from-the-bottom activism.

Jane Kleeb, chair of the Nebraska Democratic Party, has opened her party’s primaries to independent voters and is lobbying other state party leaders to do the same. Kleeb, an experienced rural activist and builder of non-ideological coalitions (including a coalition to stop the Keystone Pipeline), believes the Democratic Party benefits by the inclusion of independents and understands independents have reasons why they do not want to affiliate with a party.

Winning a trophy at the US Open will surely attract more press coverage than winning an Anti-Corruption Award. That’s okay. We’re playing a long game to get to our Grand Slam. We’ll still have a good time so get your tickets today! Then you can enjoy being part of honoring these stellar performances and strengthening the movement that is putting pressure on the status quo. Let’s put the ball in their court.