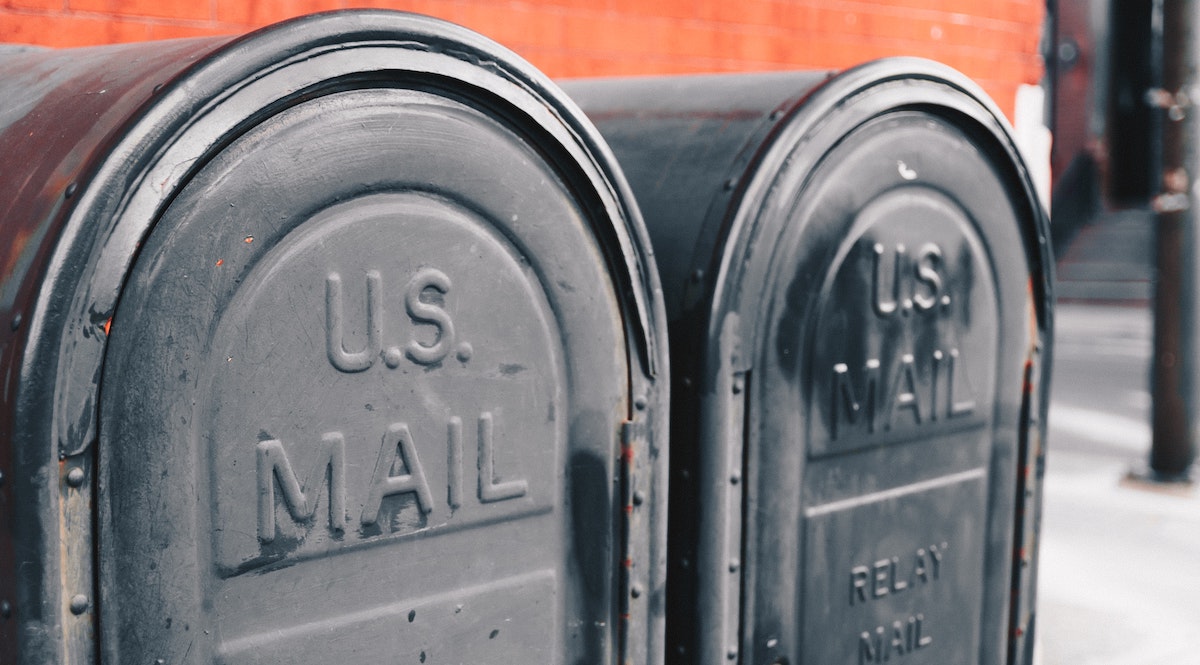 The Postal Service is warning the two biggest Midwest presidential battlegrounds, Pennsylvania and Michigan, that much of their election mail won't get delivered on time because the states' absentee ballot deadlines are too tight.

That sounding of the alarm bells preceded President Trump's explicit declarations this week that he wanted to deny the USPS an emergency bailout in order to suppress voting by mail this fall, a line in the sand he backed away from late Thursday.

With or without the money, however, the Postal Service's concessions provide fresh evidence the outcome of a close November election could remain unclear for weeks — offering the president ample time to press his unfounded claims that fraudulent manipulation of the mailed-in vote threatens to cripple democracy and steal the re-election from him.

Trump carried both Pennsylvania and Michigan, with a combined 36 electoral votes, by less than 1 percentage point last time — his combined margin of victory of just 55,000 votes central to his upset win. Polling now shows Joe Biden with clear although hardly insurmountable leads in each state, however.

And both look certain to see huge increases in voting by mail amid the Covid-19 pandemic — Pennsylvania because of this year's elimination of an excuse requirement to vote absentee, Michigan because an application for a mail ballot is being sent to every active registered voter. Records for the share of votes cast absentee were shattered in both states during their primaries.

The warning to Pennsylvania prompted Democratic Secretary of State Kathy Boockvar on Thursday to ask the state Supreme Court to order that ballots get tabulated even if they arrive three days after Election Day, which would boost the likelihood the state's presidential winner won't be clear before the first weekend in November.

Pennsylvania has been combating a lawsuit against the current deadline, which like 32 other states is when the polls close, making Boockaver's request all the more significant.

The warning to Michigan prompted Sen. Gary Peters — the top Democrat on the committee that oversees the Postal Service, and also one of less than a handful of Senate Democrats in tough reelection races this year — to promise an investigation of the post office's operations.

"We have been working with USPS officials in Michigan to ensure that election mailings are prioritized," said a spokesman for Michigan Secretary of State Jocelyn Benson, also a Democrat. "If this letter aims to backtrack on that collaboration or the promise of prioritization of election mail, that would be very concerning."

Both letters were sent last week from the USPS general counsel, Thomas Marshall. He said the late deadlines for requesting a mailed absentee ballot — a week before the election in Pennsylvania, the Friday beforehand in Michigan — and requirements in both states that ballots arrive before the polls close are "incongruous with the Postal Service's delivery standards."

"This mismatch creates a risk that ballots requested near the deadline under state law will not be returned by mail in time to be counted under your laws as we understand them," Marshall wrote.

The warnings put a big asterisk on what USPS has been saying about its capacity to handle election mail, which could crest 100 million envelopes if fears of the coronavirus prompt two-thirds of Americans to cast ballots remotely, up from one-quarter in 2016.

"The Postal Service has ample capacity to adjust our nationwide processing and delivery network to meet projected election and political mail volume, including any additional volume that may result as a response to the Covid-19 pandemic," the agency has declared.

That statement was issued only last week, after Trump publicly doubted the ability of the USPS to deliver ballots and intensified his longstanding and unfounded claims that opening up mail voting to everyone will assure corruption.

That campaign reached a new peak Thursday morning, when Trump declared he would flatly oppose Democratic demands for $25 million in aid to the pandemic-hobbled Postal Service, as well as $3.5 million to help states conduct their elections, in order to minimize the volume of mailed ballots. In the evening, however, he told reporters he was open to the possibility such line items would be part of a new round of economic stimulus.

Negotiations on such a deal, which broke down this month, may be revived after Labor Day.

Trump's attacks on mail voting have fueled a partisan divide over the method, with a majority of Democrats signaling a desire to vote by mail this fall and a majority of Republicans saying they plan to go to a polling place.

Marshall said voters should ask to vote by mail at least two weeks before the election, and those completing absentee ballots within a week of Nov. 3 should deliver their envelopes in person — which is easier to do in Michigan, where drop boxes are widely used, than Pennsylvania, where they are not but a lawsuit is seeking to change that.

The Postal Service normally treats all election mail as first class, even when jurisdictions don't pay that amount for postage, but says it's not in a financial position to do so this year. That is one of the budget cutbacks announced last month by Postmaster General Louis DeJoy, a major Trump donor, prompting allegations from Democrats that he's trying to help the president sabotage the election.