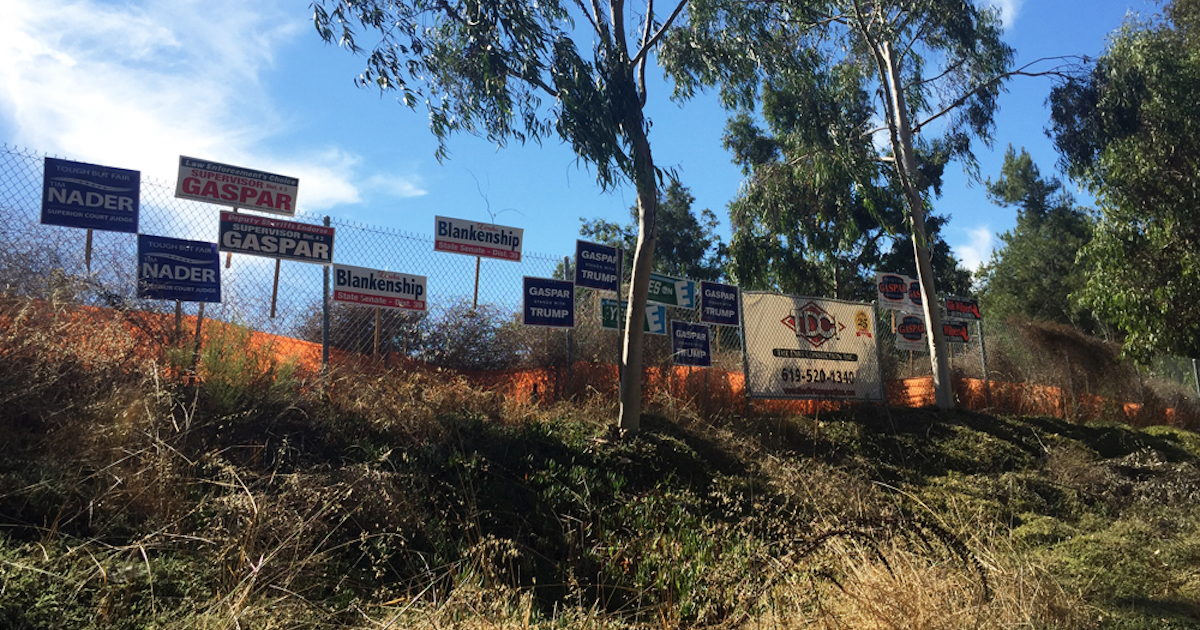 It's Time to Pick Up Your Political Litter In San Diego 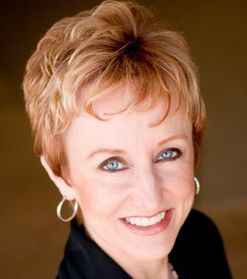 Let me state this right up front. I dislike political signs. I consider them litter. I cringe when I see them sprouting up like weeds in my neighborhood in the weeks before an election is held. If I could restrict them to being in people’s yards or the windows of homes or businesses, I’d enjoy my neighborhood walks so much more.

Through multiple election cycles, I wait for at least one smart campaign to make a virtue of being a “green” campaign. It wouldn’t use up resources by printing signs that will get tossed out in a matter of weeks. Maybe it would even stop printing and sending direct mail – especially after a majority of voters have already cast ballots in mail-voting-friendly San Diego. I know it’s a lot to ask.

Here we are in 2020 and it’s still a pipe dream. The diehards who just love seeing their signs out on the streets are too firmly entrenched.  I’m likely to be overruled on this one for the foreseeable future.

Post-election, I ask campaign organizations to please take pity on those whose neighborhoods got overrun by your signs. You have an obligation to yank these political weeds after Election Day. Nov. 3 is in the rear view mirror. There are still plenty of signs up.

It’s not as if campaigns can plead ignorance. The city of San Diego provides every single candidate for office a 10-page list of rules from the City Clerk every primary and general election. Sure, blame overzealous volunteers, but how do they get their hands on the signs in the first place? Either educate them first before allowing them any access to your signage inventory, or stop printing them entirely.

Some cities require signs to be removed as soon as five days after an election, including La Mesa and National City. Bravo! Within the city of San Diego, candidates and campaigns have 10 business days (two weeks) to take down their signs.

Or – what? The City’s municipal code allows campaigns to be fined and billed for removal, but it rarely happens. City employees pick up signs voluntarily when they spot them in the regular course of business. Perhaps it only takes a few minutes per sign, but if they pick up 20 signs per day, we the taxpayers just lost an hour of the employee’s time in the service of picking up political litter.

Candidates, perhaps you’re having trouble remembering where all your signs ended up. I call upon IVN’s readers to post comments with the candidate or issue name(s) and locations(s) of the offending political signs within the city of San Diego boundaries still seeing the light of day as a public service to the campaigns so they can come and collect their goods.

In a pinch, complaints about political litter can be submitted via the City of San Diego’s “Get It Done!” app, or by contacting the Development Services Department.  I’ll be starting with Scripps Poway Parkway east of Interstate 15. How about you?

Gayle Lynn Falkenthal, APR, Fellow PRSA, is an award-winning independent public relations consultant based in San Diego and a member of the San Diego Regional East County Chamber of Commerce.