Up Next
...
Pro-Voter Reform Groups Renew Unanswered Call for Support from Biden
Listen 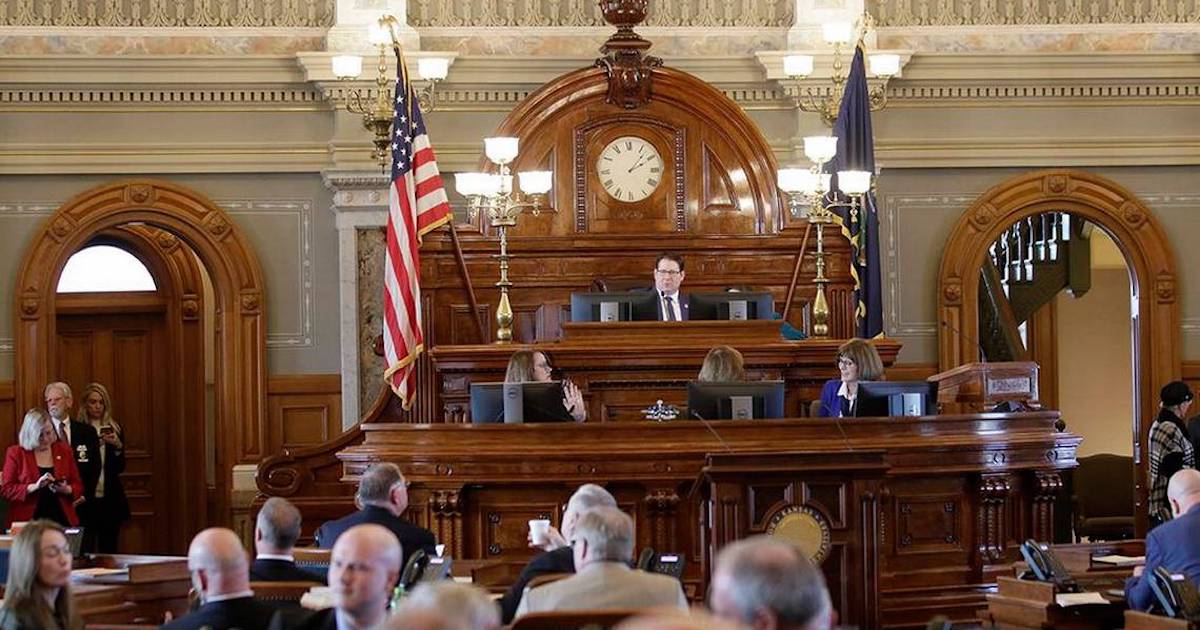 “Our frustration as a group, as mostly unaffiliated voters or voters who only affiliate with a party because we have to in order to fully participate in Kansas elections, we feel like we should not have to join a private political organization to have a full say." - Elaine Stephen, Kansans Demand Better

A group of Kansas lawmakers are proposing a monumental change to their state constitution -- an amendment that by law would have to go before voters if approved by the legislature. The thing is, advocates of the amendment want to put it on the ballot when the least number of voters participate, while shutting out a substantial number of voters.

The question reform advocates want to know is, why not put something so important that it would change the state constitution on the general election ballot when most voters participate? And, why should voters have to register with a party in order to have a meaningful say in their government?

Let’s take a deeper dive into this issue.

Kansas: An Independent-Minded State Governed By a Partisan System

Kansas is in some ways a paradox. It is a landlocked state, yet when you talk to people who live there or are from there, it sounds like it is almost like an island in itself.

“Kansas is very much its own place,” said state resident and political reform advocate Elaine Stephen. “I’m an Air Force brat. I’ve lived all over the world, and Kansas is unlike any other place I have ever lived -- and I lived in Texas for a long time.”

There is a pride of place, she added, that is quiet but runs deep. There is a spirit of resilience and a common independent mindset that Kansans will do things on their own volition. They are not influenced by outside forces, nor do they desire to be.

“If you think about living on the prairie and what it takes to live out here -- we have parts of the state that are 4 or 5 hours away from a big town -- so it takes a certain kind of resilience and hardiness and independence that means that ‘by golly, we are going to do it ourselves,’” she added.

It might be hard for those peering into the looking glass at Kansas to see or understand the independent-mindedness of Kansans. Kansas is commonly viewed as a deep red state, so the perception by many is that a partisan mindset prevails within its communities.

Kansans pride themselves on their independent spirit. This, however, does not mean the state is immune to hyper-polarized politics. Policies that come out of the legislature are often viewed as deeply-divisive and in the same light as other hardline partisan agendas seen throughout the country and at the national level.

The reason for this, however, has nothing to do with its people. It has to do with the partisan structure of state elections, which is not dissimilar from the systems in place in other states across the country. Elections in Kansas incentivize partisan machinations because they give an exclusive advantage to the parties and their members.

And, this is where our story comes in.

The amendment, which seeks to reverse a 2019 Kansas Supreme Court ruling that access to abortion was a protected right under the state constitution, was approved by the Kansas Senate Wednesday evening.

This is the second time advocates for this amendment have attempted to get it through the legislature. It failed to pass the House in February 2020. However, due to the change in the legislature’s makeup there is a greater chance it will pass both chambers this time around, and lawmakers are rushing to get it through as a result of the state’s response to COVID-19.

“They are trying to do as much as they can with the Kansas Legislature as quickly as possible because they are concerned about an outbreak, and the legislature having to take a break,” said Elaine Stephen, who is one of 3 co-leaders of a new pro-voter reform group, Kansans Demand Better.

Ms. Stephen and I discussed the proposed amendment and what it would mean for state voters on my podcast, Toppling the Duopoly. Listen to the full episode above.

“The conservative who won seats feel empowered to keep the seats that they gained, and that means going into the 2022 elections -- that’s what they are focused on,” she said.

“What we are frustrated about is they are using an issue that is so important that it requires an amendment to the state constitution as a way to further a political objective.”

Kansas conducts closed partisan primaries on even-year elections -- for the midterms and the presidential elections. This means only registered members of a political party can participate. Everyone else is told to join a party or don’t vote.

So, in an effort to turn out members of the party that are further to the right, advocates of the proposed anti-abortion amendment are pushing to have it placed on the 2022 primary ballot.

It is important to note that primary elections generally have substantially lower turnout than general elections. A good rule of thumb is to take the typical general election turnout and cut it in half, and oftentimes turnout in the primaries is even less than that. Thus, due to the partisan nature of these elections, voters who participate are members of an extreme ideological minority.

To make matters worse, unaffiliated voters (29% of Kansas voters) are denied access to these taxpayer-funded and publicly administered elections. It is only when an item like the proposed constitutional amendment is on the ballot in even-year primary elections that they are allowed to request a special ballot to participate. But even then, many unaffiliated voters are not made aware of their options.

“Our frustration as a group, as mostly unaffiliated voters or voters who only affiliate with a party because we have to in order to fully participate in Kansas elections, we feel like we should not have to join a private political organization to have a full say,” she said.

She further explained that Kansans Demand Better is not taking a position on the amendment. For the group, it doesn’t matter what the proposed constitutional amendment says or would do as much as the fact that it is a change to state law, and thus to ensure every voter's right to an equal say on the matter is protected, it should be put on the general election ballot when the most voters participate.

She added that though she cannot say with 100% certainty, it would appear that this is intentional; especially, if the goal is to ensure that only the most ideological extreme voters turnout for the primary.

Even if unaffiliated voters are aware of their options, what is the incentive to come out and vote on a ballot with a single line-item when registered party members get a full slate?

It is also important to note that this does not speak to the intelligence of voters. Kansas voters are accustomed and conditioned to look at elections a certain way, so it doesn’t even occur to them that there is something fundamentally wrong with how the system works and how it can be gamed to deny them a meaningful say.

Voters are often unaware of how critical primary elections are because they are conditioned to believe they are not that important. They are viewed simply as the means by which the parties choose their nominees for the general election. How can anyone expect them to consider how partisan elections incentivize public officials to conduct policy in a way that will appease the most hardcore ideologues of their party’s base?

This is where groups like Kansans Demand Better enter the picture. By focusing efforts to educate voters on the true consequences of a partisan-controlled system, the number of voters who realize the damaging impact the current system has on not just accountable representation, but a fair and equal say in the process increases.

Ms. Stephen said that the pandemic and chaos in 2020 made launching Kansans Demand Better difficult. However, raising awareness on the issue that surrounds the proposed amendment being considered by state lawmakers has led to an increase in support.

However, even if there are no changes to how elections are conducted, Kansans Demand Better is asking state lawmakers to put items that would drastically change state law on the general election ballot when most voters participate. After all, doesn’t that make the most sense?