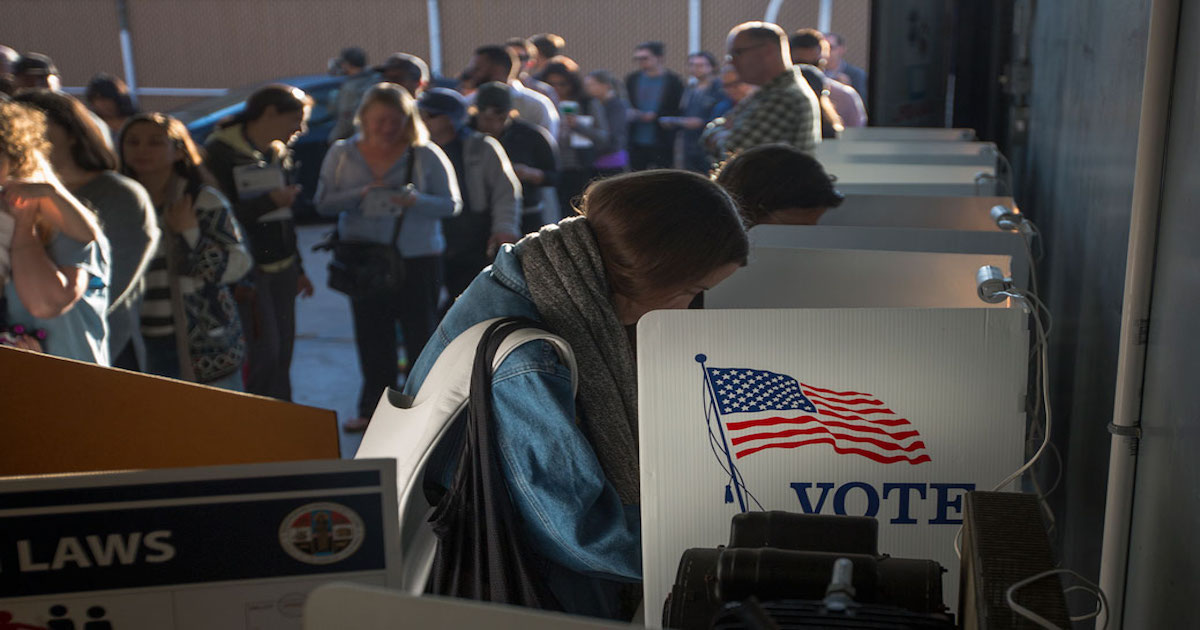 Reformers in California face a monumental challenge: Can a large coalition of diverse and sometimes opposing perspectives on the most important way to improve elections put their differences aside and bring ranked choice voting to San Diego? A new campaign is about to launch to show voters it's more than possible.

Arguably the biggest struggle that has weighed down the pro-voter reform movement over the last several years is engaging in and mending the disputes over reform preferences and goals. Some argue we need to reform the voting method used. Others argue we need to focus on primary reform. Both sides have spent years arguing over which change to pursue.

The reform with the most momentum behind it right now is ranked choice voting. It is gaining popularity across the country. It was used in a record 32 cities in the 2021 elections, most of which used it for the first time, and has been used in jurisdictions as large as New York City. Advocates of RCV assert that it is the best structural change to ensure voters have choice and are not forced to choose “between the lesser of two evils.”

But, ranked choice voting and open primaries do not have to be mutually exclusive. For years reformers on both sides have treated it that way, but More Choice San Diego is taking a different approach by offering voters ranked choice voting in the general election, and a nonpartisan primary system that would expand the number of candidates that advance to the general election from two to five.

“Imagine if voters had a chance to rank five candidates who bring five different perspectives to the race,” writes Chad Peace, legal advisor for the Independent Voter Project; Lori Thiel, vice president of the League of Women Voters San Diego, and Amy Tobia, a member of RepresentUs San Diego.

“Now imagine, to win, a candidate needs second-, third-, and fourth-place votes from voters who might prefer another candidate even more.”

More Choice San Diego will launch a new campaign to see the marriage of two popular election innovations come to California’s second-largest city during a virtual fundraiser event on Thursday, November 18, at 5:30 PM PST. If successful, San Diego would become the largest municipality to adopt an election system that guarantees voters more choice.

And, there is proof that it can be done.

Alaska showed reformers in 2020 that a new era in pro-voter reform is already taking off. A majority of state voters approved the use of the first election system that combined a nonpartisan, top-four primary with ranked choice voting in November. More Choice San Diego is adapting and improving on the Alaska model by giving voters even more choice in the general election.

The proposed electoral change has also been called “Final Five Voting.” It was offered as a remedy to the nation’s unrepresentative, unresponsive, and non-competitive political system by Katherine Gehl and Michael Porter in a 2017 Harvard Business School study that has changed the way many people look at US politics -- even reformers. Gehl continues to advocate for the reform with her group, the Institute for Political Innovation.

It is a system that is open to all voters and gives them more choice, thus creating an electoral environment in which candidates know they have to compete for voters outside their party’s base to win an election. If they want to hold public office, they need to put voters’ interests above personal or partisan interests.

Representatives from the League of Women Voters, Independent Voter Project, RepresentUs San Diego, FairVote, Take Back Our Republic, Community Advocates for Just and Moral Governance, and more will be at the More Choice San Diego campaign launch event. The coalition also includes the newly formed Veterans for Political Innovation, Business for America, Open Primaries, American Promise, and other nonpartisan organizations.

These groups and their members represent a broad scope of ideologies and political perspectives and reform interests that span the US political spectrum, from the left to the right, and all points beyond and in-between, and the myriad of problems that plague the system controlled by a two-party duopoly. It reinforces the simple truth that the reform initiative is nonpartisan. The only side it serves is the side of voters.

“If Californians are tired of the chemical warfare of partisan politics, this could be the declaration of independence that brings the resistance together,” concludes Peace, Thiel and Tobia.