The Extra Point
Up Next
...
Election 2020: Can Facebook Survive?
Read More 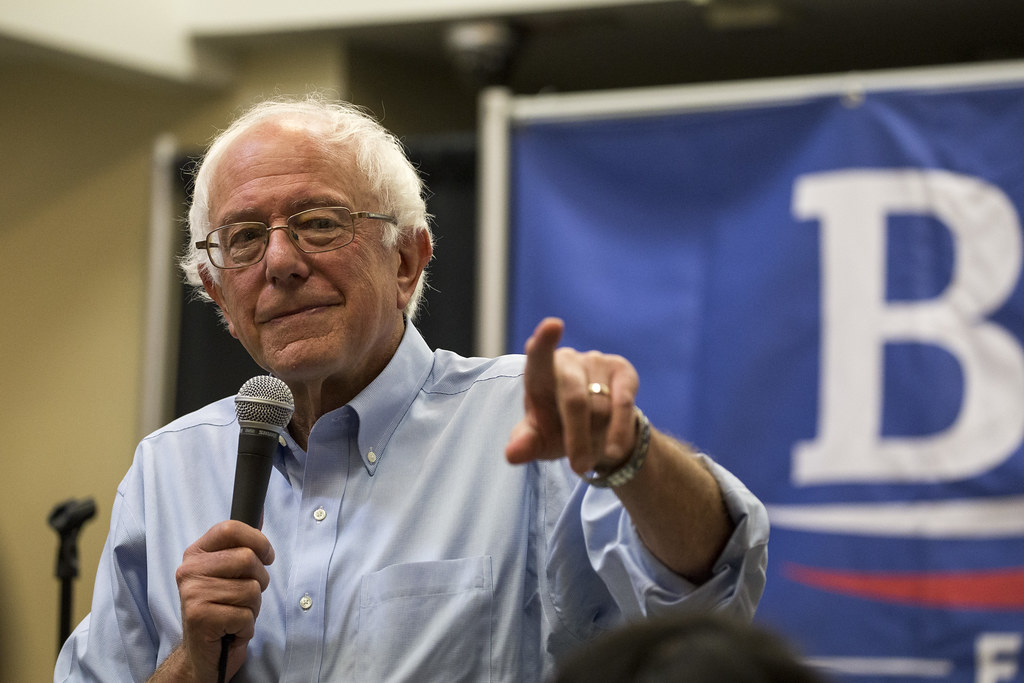 With a lot of primary left to go, the Democratic presidential candidates have raised and already spent a small fortune on their White House aspirations.

So much for keeping money out of politics, right?

As long as the there's politics in money, there will be money in politics. But there are a few good non-partisan political innovations that could improve the way money flows into political campaigns to make the system more transparent and fair to candidates and voters.

In the meantime, looking at how much each campaign has spent per vote in the 2020 Democratic presidential primary speaks volumes about which candidates have the most enthusiastic, grassroots support, and which ones have had to buy their votes with repeated campaign ad exposures, and the relentless goading of digital and on-the-ground get out the vote operations.

With Super Tuesday behind us, we have a lot of data to work with. So the Law of Large Numbers assures us these readings are meaningful, and not the fluke of one or two, small primary states.

It's Down to Joe Biden and Bernie Sanders

Joe Biden pulled off a major comeback on Super Tuesday after failing catastrophically in Iowa and New Hampshire. After the Iowa Caucuses' tallying disaster especially, these two first-in-the-nation primaries have sustained some damage to their legendary bellwether status.

The former vice president's reversal of fortunes was so abrupt and marked, that Bernie Sanders supporters flooded social media with cries of a rigged primary. But of course Super Tuesday turned out exactly as you should have expected it to. Especially after Pete Buttigieg and Amy Klobuchar, Biden's main rivals for moderate voters, dropped out of the race ahead of Tuesday.

The New Deal socialist Sen. Bernie Sanders was never going to play well in Southern states. The quite establishmentarian, Washington DC adjacent Virginia could be counted on to vote for Biden. And there are too many moderates in Massachusetts and Minnesota for Bernie Sanders supporters to have counted those eggs before they hatched.

With 18 states and American Samoa's primaries behind us, Joe Biden is now in the lead with a vote total across all states of 4,921,782. Sen. Bernie Sanders is right behind him with 4,016,248 votes.

Now the real question is, how much did they each spend per vote?

So believe it or not, Bernie Sanders has spent more for each vote than Joe Biden.

The former vice president has spent $12.45 per vote.

And that, folks, is the value of name recognition in politics.

That's why vice presidents (like Biden, Gore, and Bush Sr.) and the runner up in the last primary (like Sanders, Clinton, McCain, and Romney) often win their party's nomination. But take careful note that out of the five examples given that secured their party's nomination, only one made it to the White House. Parties pick the next in line as if by inertia, giving the electorate sub-par candidates.

How Much Did The Other Candidates Spend Per Vote?

The cost per vote of the other Democratic candidates is also revealing.

But before looking at these figures, a brief note about the methodology. We could break it down by just campaign spending categorized as "Media" to see how the ad spend translated to votes.

But that's not as complete a picture of how much candidates spend. The salaries of the campaign strategists who decide what messaging to put in those ads, and the get out the vote operation on the ground are relevant factors in the result at the ballot booth.

Now officially out of the race, Sen. Elizabeth Warren has garnered the third most votes out of any Democratic presidential candidate. Her total stands at 1,798,835. And by the time she bowed out of the race, her campaign had spent $90,102,021. That means Elizabeth Warren paid a hefty price tag of $50.09 per vote in her 2020 presidential bid. For all her posturing as grassrootsy, that is not a very grassroots looking figure. Google and Harvard employees should ask for their money back.

And finally, here is the cost per vote for former NYC Mayor and unfathomably rich Wall Street billionaire Michael Bloomberg. Probably most of you reading clicked the article to see what his figure would be for this. Well you will not be disappointed by the glaring inefficiency of the Bloomberg money bazooka. He's gathered the fourth most votes so far: 1,726,650.

Divided by his one point seven million votes, he's paid a whopping $232.68 per vote so far!

Oof. But don't feel sorry for him. He didn't even feel it. His campaign expenses are only 0.69% of his $58.4 billion net worth. The median net worth for a US household is $97,300, so that'd be like a normal person wasting just $671 to not prepare for the first debate.

In case you're curious, Rep. Tulsi Gabbard has received 102,383 votes, with total campaign expenditures of $10,815,592. So Gabbard has spent $105.64 per vote. So she's spent far more per vote than Biden, Sanders, or Warren. But let's keep it real, that's because her vote total was so low due to a research-verified Tulsi media blackout by mainstream news.

Gabbard's number of media mentions has been very low based on her polling and Google search interest, as well as the diverse political views she brought to the primary. And when the media did mention her, studies have found coverage was overly negative. Sen. Elizabeth Warren on the other hand, still spent $50 per vote despite being a media darling. She made it through ten primary debates without a single question about her false claims to Native American ancestry.

That kind of media favoritism is priceless. Another candidate who under-indexed in corporate media mentions for his polling numbers and online search interest was Andrew Yang. Before dropping out of the race, he received 80,343 votes and spent $34,319,908.

That brings Yang's cost per vote to a whopping $427.17. That's even worse than Bloomberg. Obviously the reason why is Yang raised and spent a lot of money for a candidate with his poll numbers, yet dropped out before Super Tuesday, where he would no doubt have multiplied his vote take without much more spend, drastically reducing his cost per vote.

The only other candidate to remain in the race is Tom Steyer, the other billionaire from big finance in the race (but not even close to as rich as Michael Bloomberg). He's received 220,342 votes so far for a total campaign expenditure of $253,511,807. So Steyer's cost per vote so far has been: