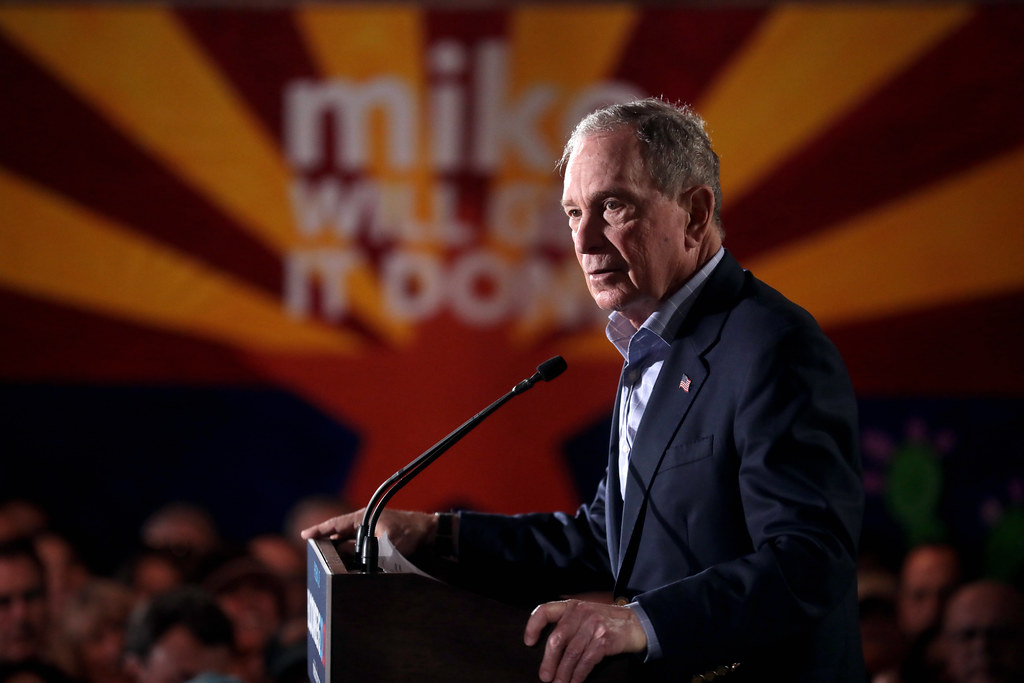 Hear Me Out: The Case for a Bloomberg/Tulsi Ticket

Look, I describe myself as a “humble libertarian.” So why would I see the opportunity in a Bloomberg/Tulsi ticket? Because it just makes sense.

The reasons why Michael Bloomberg would be the strongest Democratic nominee in November (if he picks Tulsi Gabbard for his running mate) become obvious when you look at why Hillary Clinton lost to Donald Trump in 2016, and why a Bloomberg/Clinton would fail in 2020.

The Case Against A Bloomberg/Clinton Ticket

Over the weekend, reports emerged from sources close to the Bloomberg campaign that Michael Bloomberg is considering Hillary Clinton as his 2020 running mate should he be nominated:

"Sources close to Bloomberg campaign tell DRUDGE REPORT that the candidate is considering Hillary as running mate, after their polling found the Bloomberg-Clinton combination would be a formidable force..."

A Bloomberg/Clinton ticket would be brutally establishmentarian. A Wall Street guy (arguably "The" Wall Street guy) like Michael Bloomberg won't get far with progressives like Bernie Sanders and Elizabeth Warren supporters if he doesn't put someone progressive on his ticket.

Not to mention Andrew Yang and of course Tulsi Gabbard's supporters. They make up a smaller contingent of Democrats and independents than Sanders and Warren's following, but they're not inconsequential. Especially not in multiple close swing states that could decide the election.

Democrats and independents who "feel the Bern" constitute a massive voting bloc that the eventual Democratic nominee will need if they're going to defeat Donald Trump in November.

Antagonizing them likely cost Hillary Clinton the election in 2016.

They should not be ignored by any Democratic nominee who intends to win, or worse-- scorned. Putting a the Wall Street-friendly, and very Bernie-unfriendly Hillary Clinton on the ticket with Bloomberg would be a direct act of provocation toward Bernie supporters.

And it would underscore everything about Bloomberg that the progressive wing of the Democratic Party will find unappealing. Hillary Clinton doesn't balance Bloomberg out at all. They're even both from the same state. It would be a mistake for him to run with someone who already lost once against the candidate Republicans are running, by making voters stay home in droves.

But don't count Bloomberg completely out. His unfathomable ultra-wealth (that massively dwarfs even Donald Trump's fortune) from supplying Wall Street with his Bloomberg Terminals since the 1980s isn't all liability for him in the 2020 election. Democrats need progressives to win, but they need Wall Street too. They haven't been able to win without Wall Street's support since the 1970s.

Bernie Sanders draws massive crowds, and the energy of his supporters is undeniable. He's raised more money than any Democrat in the race. But he's too radical for Wall Street. Last week, former Goldman Sachs Chief Executive Lloyd Blankfein said Bernie Sanders would "ruin the economy."

To give the knife a twist, he added:

"If I’m Russian, I go with Sanders this time around."

Wall Street doesn't care for Elizabeth Warren either. Last September, some big money Wall Street Democrats said they'd sit out the election if Warren won the nomination. Or even hold their nose and throw their support behind President Donald Trump.

Last May, Berkshire Hathaway Vice Chair Charlie Munger told Yahoo Finance's Editor-in-Chief he likes Elizabeth Warren's personality, "She's got a manner that appeals to me." But in terms of policy he cautioned she "hasn’t studied Adam Smith enough." When asked what he thinks about Rep. Alexandria Ocasio-Cortez, Munger quipped, "I don't think she knows who Adam Smith was."

To stand a chance against Donald Trump in November, Democrats will need someone with mainstream appeal, who won't lose support from Wall Street. Bernie Sanders may have out-fundraised his Democratic opponents, but he hasn't raised as much as Donald Trump has.

But that's not the only reason Bloomberg is the strongest candidate for Democrats in November. His ability to govern independently of the need to return financial favors will help him, as it helped Donald Trump in 2016. Keeping money out of politics as far as possible is important to voters.

He's also an advocate for many non-partisan, common sense policies to improve government. To give one example that's dear to my heart, Bloomberg supports using an independent, non-partisan commission to redraw congressional districts, because "gerrymandering gives an unfair advantage to the party in power during redistricting." At a NoLabels event in 2010, he said:

[Politicians] do what you would expect them to do. They make sure that they don't have competitive races.

So this is something that clearly matters to him. Bloomberg's been talking about eliminating partisan influence in elections for a long time. As one of the most successful business people in history and the former mayor of New York City, he's got a superlative resume to prove he could handle the responsibilities of the office while pursuing these kind of reforms.

Why He Needs Tulsi Gabbard To Stand A Chance

But as outlined above, Michael Bloomberg won't be able to win in November unless he can appeal to progressive voters. Rep. Tulsi Gabbard quit her job as vice chair of the DNC to endorse Bernie Sanders for president in 2016. That would show progressives they'll have a seat at the table in a Bloomberg administration.

The fact that Tulsi is a woman of color in her 30s, and a practicing Hindu, she would also appeal to voters who want to see more demographic diversity in the halls of power. She's the opposite of Michael Bloomberg in all those ways. If they were to succeed, she'd be the first female vice president in U.S. history, and be all set to become the first female POTUS in 2028 with any luck.

She would also bring foreign policy experience and credibility to Bloomberg's campaign. Not a lot of people know this about Tulsi Gabbard, but not only did she serve as a combat medic in Iraq, but she already held elected office as a state representative in Hawaii, and stepped down to serve.

Here's the really interesting thing about Tulsi. Somehow she would not only bring progressives into the fold, but also appeal to more conservative independents, and even steal some votes from Donald Trump. The president certainly drew votes in 2016 by campaigning to wind down U.S. involvement in regime change wars overseas.

Tulsi Gabbard's foreign policy views would appeal to those same voters in 2020. Her unwillingness to impeach President Donald Trump (she was the only Democrat to vote "present") also shows her independence from partisan politics, and her moderate, centrist approach to government. That's going to be increasingly important as more voters drop out of the two party system.

And stay home and don't vote like they did in 2016, because they're not interested in the bitter feud of polarizing partisan politics. A lot of those people might turn out to vote for Gabbard.

Bloomberg/Tulsi 2020 is the strongest ticket the Democrats got.