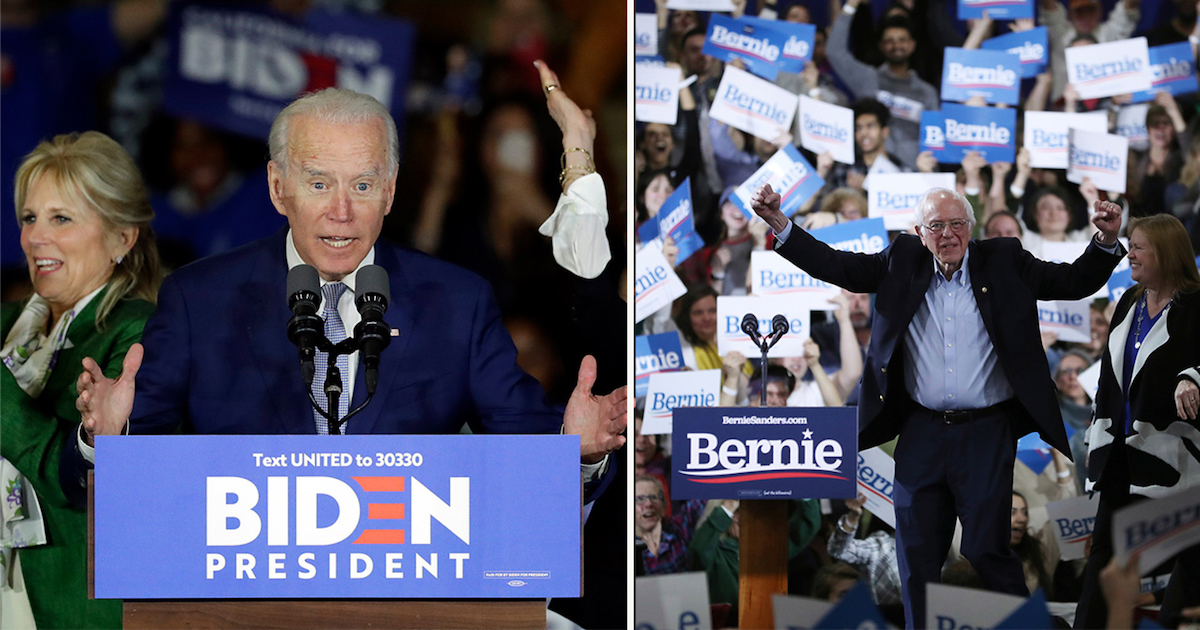 It didn’t take long for the presidential landscape to radically shift following a monumental Super Tuesday. Yet, despite the departure of the richest person to run for president in modern US history and the senior senator from Massachusetts, the true repercussions of Super Tuesday have yet to be fully realized.

The reason? California has millions -- yes, millions -- of votes that have yet to be counted.

AP quickly called California for Bernie Sanders on March 3 -- a big delegate prize for Sanders. Unfortunately for him, counting every vote in California is a drawn out process. CalMatters reported that by the of the week, county registrars estimated that there were 3.5 million ballots left to count -- meaning there is still a large pool of delegates that has yet to be allocated.

Most places have an election day. California has an “election month.”

State elections officials have until April 3 to certify the final vote tally and results. However, California will still be counting votes when Idaho, Michigan, Mississippi, Missouri, North Dakota, and Washington report the winner of their primaries Tuesday night -- leaving California in the rearview mirror.

Interesting to note, California moved up its primary to have a more consequential impact on the nomination process. However, because it takes the state so long to count votes, the Golden State’s impact will not be as meaningful as state officials promised.

The 3.5 million remaining votes in California would put the total turnout at approximately 8.8 million -- or a 43% registered voter turnout. However, the secretary of state’s press secretary tweeted Thursday evening that it was still too early to talk in definitive numbers.

Unlike previous elections, voters casting a ballot in-person were able to register to vote or change their party affiliation on election day. Secretary of State Alex Padilla told reporters ahead of the primary that this would add to the pile of uncounted ballots on election night.

And indeed, it did. The turnout projections indicate a strong desire among Californians to have a say in who the presidential nominees will be. Yet, for millions of voters, the state still requires them to jump through additional hoops just to exercise their right to vote.

“Access to the ballot is something the legislators of California talk a lot about,” he said in an appearance on KUSI-San Diego. “The reality is that the way our confusing semi-closed primary system is conducted suppresses NPP turnout.”

This, he adds, doesn’t just affect the presidential race, but down ballot races as well.

NPP voters had two options in the 2020 presidential primary:

For permanent absentee NPP voters, this process can be much more frustrating. If, for instance, they didn’t fill out and send back a postcard from the secretary of state’s office requesting a crossover ballot or a change in party registration, they received a blank presidential ballot. If they wanted to rectify this, they had to go to their county registrar, and request a new ballot.

However, since a ballot was already mailed to them the registrar’s office would give them a provisional ballot that would be added to the “late pile.” The same thing happens if a permanent absentee voter decides to vote in-person and doesn’t bring the ballot that was mailed to them.

By the secretary of state’s own reported admission, the existing barriers to NPP voter participation bog down the process -- exacerbating frustration, cynicism, and disenchantment with the democratic process while creating larger piles of uncounted votes that take several days, if not weeks to count.

A bar chart created by CalMatters shows that despite some changes to registration laws, the problem is only getting worse:

‍
The Independent Voter Project has sponsored new legislation in California that would make the process much less convoluted by ensuring that NPP voters would never receive a blank ballot for president, even if they are not educated on the rules of the semi-closed system. The bill, AB 2207, requires the secretary of state to add a public ballot in presidential primary elections that includes all eligible candidates running for president and would be the default ballot NPP voters receive.

“This ballot fix greatly enhances the voting experience for NPP voters in California. No longer will independents need to request access to vote for the Presidential candidate they prefer,” said IVP Chair Dan Howle.

IVP has garnered the support of several pro-voter reform groups, county registrars across California, and collected more than 15,000 signatures from registered California who say they support a “public ballot” option for presidential primaries.

AB 2207, introduced by Assemblymember Joaquin Arambula, has been referred to the California Assembly’s Committee on Elections and Redistricting.

The Presidential Debate You Didn’t Hear About

The Free and Equal Elections Foundation hosted the livestreamed event at Hilton Chicago. Billed as an open, independent debate, a total of 18 presidential candidates participated -- a lineup that was divided into two segments. The event was co-hosted by Open the Debates, and sponsored by over a dozen organizations, including media sponsors like Independent Voter News.

The open presidential debate was an opportunity for these candidates to air their grievances with the political duopoly and the systemic rules in the US that make it all but impossible for any candidate to challenge the two-party dominance over the political system.

"One thing that's clear is that the political system we have right now is not serving us well. Worst of all, it doesn't even allow for straightforward solutions to be part of the conversation. That's why we're creating this platform for a new national dialogue," said Free and Equal Elections Founder Christina Tobin.

Tobin, who moderated the main segments, provided these candidates a forum to address the rules that restrict anyone outside the Republican and Democratic parties from appearing on the fall presidential debate stage, make the ballot, and limit choice by forcing voters to think strategically about their vote instead of voting for a candidate they really like.

"There's a large and growing political reform wave that is slowly but surely winning transformational changes at the local level, but you wouldn't know it from listening to the mainstream political coverage. It's past time for democracy itself to be part of the national conversation," said Eli Beckerman, founder of Open The Debates.

The Commission on Presidential Debates was a major topic of discussion as its rules make it impossible for a third candidate to appear on the presidential debate stage. An overwhelming majority of Americans say they support "making it easier for third-party and independent candidates to run for office." Yet these candidates have to use all of their money and resources just to get on the ballot.

As it stands, a candidate has to be as wealthy as Michael Bloomberg to clear all the barriers to ballot access across the country and buy the media time and online ads to boost their name ID to get to 15% in national polls. The media isn't covering them. The pollsters aren't including them. It is all on them to meet a polling threshold set up by the Commission on Presidential Debates to keep them off the stage.

This is why Level the Playing Field is in federal court, challenging the debate commission's rules. Plaintiffs assert that the 15% polling requirement in particular is one that only the Republican and Democratic nominees can meet because of the many systemic and institutional barriers that hamstring third party and independent campaigns. Thus, the rule violates federal law, which requires the debate commission to use "objective criteria" for debate entry.

Along with venting their frustrations about the Commission on Presidential Debates, the candidates at the open presidential debate in Chicago also discussed ballot access, ranked choice voting, approval voting, public financing of campaigns, along with other reform proposals to fix the broad systemic problems with the US political system.

Ahead of the event, Independent Mark Charles said he thought the event provided "a dialogue that our nation's simplistic two-party system does not know how to have."

The Center for Election Science sponsored a poll for each segment using approval voting to determine who the audience thought did the best in the debate. Approval voting allows people to vote for as many candidates as they want. -- a new voting method that was first approved for use in elections in Fargo, North Dakota. People can go to the Free and Equal Elections Foundation’s website and weigh in for themselves.

Tobin said it was the intention of the Free and Equal Elections Foundation to put on a tour of open debates. No information has been released on when or where a second debate might be held.