The Extra Point
Up Next
...
In San Diego Blue Wave, GOP and Independents May Not Ride
Read More 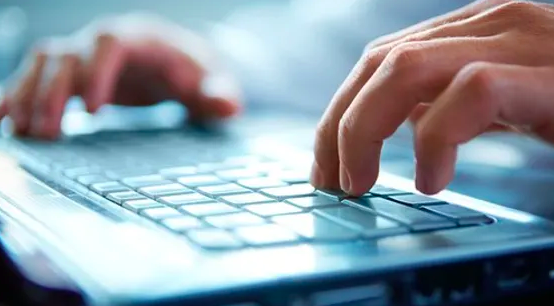 What Would This Ballot Initiative Change about the CCPA?

How is the Campaign Connected to the CCPA Legislation?

Alastair Mactaggart, a San Francisco-based real estate developer, filed this ballot initiative. He was the proponent of a ballot initiative that qualified for the ballot in 2018 but was withdrawn after negotiations with the California State Legislature, which passed a revised version of the initiative called the California Consumer Privacy Act of 2018 (CCPA). Mactaggart contributed $3 million to the initiative's campaign, which spent $1.63 million to collect signatures ($4.46 per required signature).

With the ballot initiative for the election on November 3, 2020, Mactaggart said his intention "is to go to the ballot."[2] He described the CCPA of 2018 as a "great baseline. But I think there are additional rights that Californians deserve."[3] Unlike the CCPA, which the legislature passed, the ballot initiative couldn't be amended without the approval of voters at the ballot box due to the state constitution's limits on legislative alteration. "The only thing I want to make sure is they can’t undo the act," said Mactaggart, "There is basically unlimited resources on one side of the fight. If you don’t do anything, they will win eventually."[4]

Sen. Bob Hertzberg (D-18) was involved in the negotiations with Mactaggart that resulted in the CCPA of 2018. Sen. Hertzberg said that "[t]here is no reason to negotiate" this time, adding, "What [Mactaggart] is doing is the right thing."[5]

Protect your most personal information, by allowing you to prevent businesses from using or sharing sensitive information about your health, finances, race, ethnicity, and precise location.

It was written behind. closed doors with input from giant tech corporations that collect and misuse our personal information—while the measure’s sponsor rejected almost every suggestion from 11 privacy and consumer rights groups. Proposition 24 reduces privacy protections by severely weakening your rights under current California law.

Proposition 24 asks you to approve an Internet “pay for privacy” scheme. Those who don’t pay more could get inferior service—bad connections, slower downloads and more pop up ads. It’s an electronic version of freeway express lanes for the wealthy and traffic jams for everyone else.

See all the arguments against of Proposition 25 here.

Visit the Official Website for Yes on Proposition 24: https://www.caprivacy.org/

Visit the Official Website for No on Proposition 24: not  found.

Who is Funding Proposition 24?

The Californians for Consumer Privacy PAC was registered to support the ballot initiative. The committee had raised $4.76 million. Alastair Mactaggart was the top contributor to the PAC, providing 99.8 percent of the campaign's total funds.[11]

Who is Supporting Proposition 24?‍

Californians for Consumer Privacy is leading the campaign in support of the ballot initiative. Alastair Mactaggart, a real estate developer and investor based in San Francisco, is chairperson of the campaign.[8]

Celine MacTaggart, director of the Californians for Consumer Privacy‍

Who is Opposing Proposition 24?‍

California Consumer and Privacy Advocates Against Prop 24, also known as No on Prop 24, is leading the campaign in opposition to the ballot initiative.[9]

Kevin Baker, director of the Center for Advocacy and Policy

Nan Brasmer, president of the California Alliance for Retired Americans